It seems all is not well in the world of water cooling as Aquatuning - probably the worlds biggest online retailer of water-cooling hardware, has announced it is to stop selling hardware manufactured by EKWaterblocks.

The move will affect all of Aquatuning's on-line webshops, which cover a vast array of countries including the UK and USA.

The stock has been removed with immediate effect, and it raises questions about just how big a dent in profits it will make for both companies, but particularly for Slovenia-based EkWaterBlocks, whose CPU and GPU waterblocks are very popular.

For Aquatuning, it means losing a popular key partner, although it has plenty of others to choose from such as XSPC, Watercool, Alphacool and Phobya.

With effect from 17.05.2013, the management of Aquatuning has decided to drop all EKWB products from the webshop. In 2007 and following years Aquatuning developed many products for EK Water Blocks under license and technology agreements among other products the EK Supreme CPU block, which immediately became the new No. 1 CPU water block. After many years of successful collaboration, EK Water Blocks surprisingly decided to stop the payment of the licenses to Aquatuning.

Due to the ultimatum from EK Water Blocks to either accept the breach of contract or stop buying products from EK Water Blocks, the Aquatuning management saw no other way then to inform the public about the background of the unprecedented incident never seen before in the 10-year history of Aquatuning.

We regret the end of the collaboration with EK Water Blocks very much, especially because in recent years many good and successful products have emerged from it. The products we licensed to EK Water Block will now be given to other manufacturers so that we can continue to bring revolutionary cooling products to market.

What do you make of this development? Let us know in the forum. 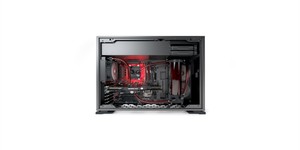