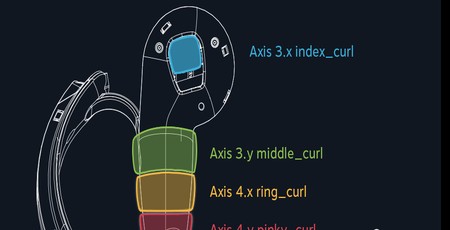 Valve has finally released details of how its prototype virtual reality controllers, first unveiled in October last year, will operate - including the promise that they are capable of tracking the movement of each user's finger individually.

While Valve has traditionally concentrated on the software side of gaming, the company has been making movements into hardware of late. The most visible of these projects is the Steam Controller, a gamepad designed to work with titles originally written with a keyboard and mouse in mind, and while the company relies on third-party manufacturers to produce hardware for its SteamVR platform it is looking to bring its own technology to the VR realm: Unveiled back in October 2016, Valve's at-the-time unnamed controllers were showcased as a replacement for the positional tracking wands currently shipped with the SteamVR-compatible HTC Vive with full grasp-sensing capabilities - meaning it's possible to pick up an object in VR simply by closing your hand and to drop or throw it by opening your hand again.

Since the prototypes were unveiled, however, Valve has been silent on the devices - until this week, when it published a guide to the devices and their capabilities. According to the document, the controllers - now known as the Knuckles Controller - include a capacitive trackpad on tech unit, similar to that found on the Steam Controller, along with inner and outer face buttons plus a third button which ties into SteamVR itself. The most interesting information, however, comes from the controller's ability to track the curl of each finger individually: The thumb is tracked via capacitive sensors in the trackpad and buttons, the finger by a capacitive sensor in the trigger, and each individual remaining finger tracked by capacitive sensors in what Valve describes as 'grip zones'.

'Each finger axis returns a curl value between zero and one, where zero indicates that the finger is pointing straight out and one indicates that the finger is fully curled around the controller,' Valve explains of the controllers' operation. 'The cap sense grip returns finger curl values. These can be accessed through SteamVR as joystick axes: 3.x – Index curl; 3.y – Middle curl; 4.x – Ring curl; 4.y – Pinky curl.' It's through these sensors that the Knuckles Controllers can detect when a user grasps objects or releases them, but individual finger tracking takes the technology a stage further and allows for fine-grained gesture tracking such as, to name but one example, the ability to flip your opponents the bird during a multiplayer match.

In practice, the system operates not entirely unlike the classic Power Glove, an accessory originally developed by Japanese company PAX for the Nintendo Famicom, which was also able to track the curling of each individual finger bar the little finger. Where the Power Glove used conductive ink flex-sensors and extremely unreliable ultrasonic sensors for hand positioning, though, the Knuckles Controller's capacitive sensors - based on the same technology that drives modern touch-screen tablets and smartphones - should allow for a less frustrating experience.

Thus far, Valve has not released pricing or availability information for the Knuckles Controllers. 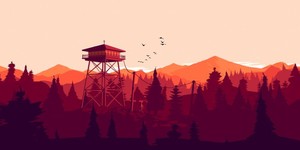