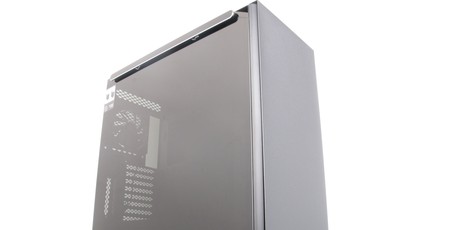 The interior is smart and spacious with generous clearances for both CPU coolers and graphics cards. There's also the option of mounting your graphics card vertically, but you'll need to invest in the necessary hardware to do that, as it's not included. Side vents are an increasingly popular design, as it provides a less conspicuous means of introducing intake airflow compared to a mesh front panel. However, here the internal radiator/fan mounting bracket does cut short the GPU clearance to 310mm when mounting normally; this can only be sidestepped by mounting vertically, at which point clearance rises to 420mm. The upshot is that if GPU is shorter than 310mm (most are, especially water-cooled ones), then you have essentially unrestricted clearance on this radiator mount and ample room for a 60mm-thick radiator with two rows of fans. If the latter are RGB-enabled then you'd also get a pretty good view through the side panel too. 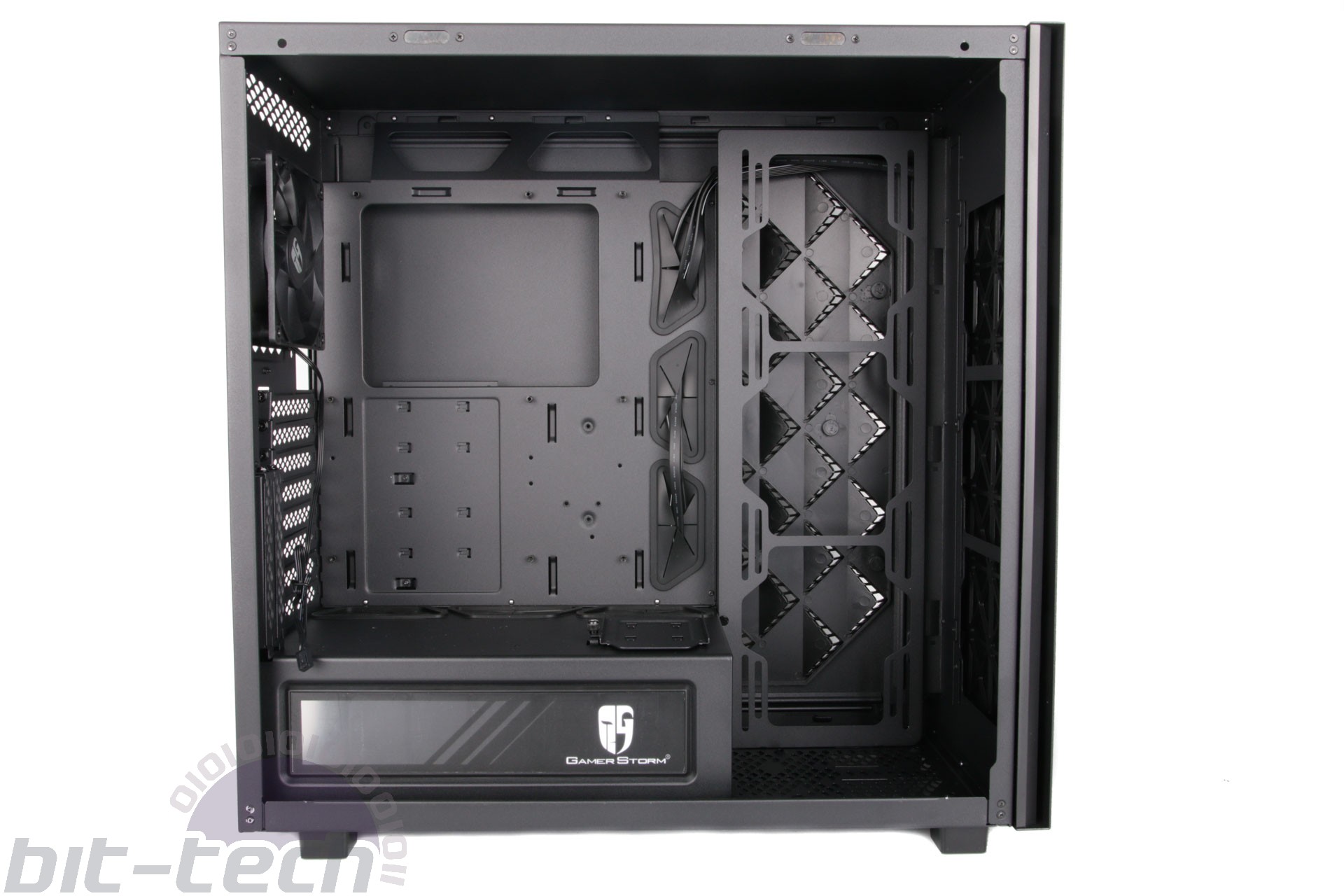 Those same side mounts offer a home to a trio of 120mm or 140mm fans, but while 360mm radiators are supported, 140mm-based models are limited to 280mm. The front, meanwhile, is limited to three 120mm fans/360mm radiators, and neither of these locations are fitted with fans out of the box. Only the rear fan slot is occupied, and sadly Deepcool uses a 120mm fan despite 140mm being supported. Don't expect stellar cooling out of the box, then, but do note that this tends to be the optimal location when using a single fan in a tower case.

The main chamber offers a decent array of cable routing options  too, with holes in the PSU cover as well as the motherboard tray. There is up to 25mm of cable management room behind the tray as well and a nice selection of integrated anchor points - no Velcro ties, however. A few more cable ties would not have gone amiss either. 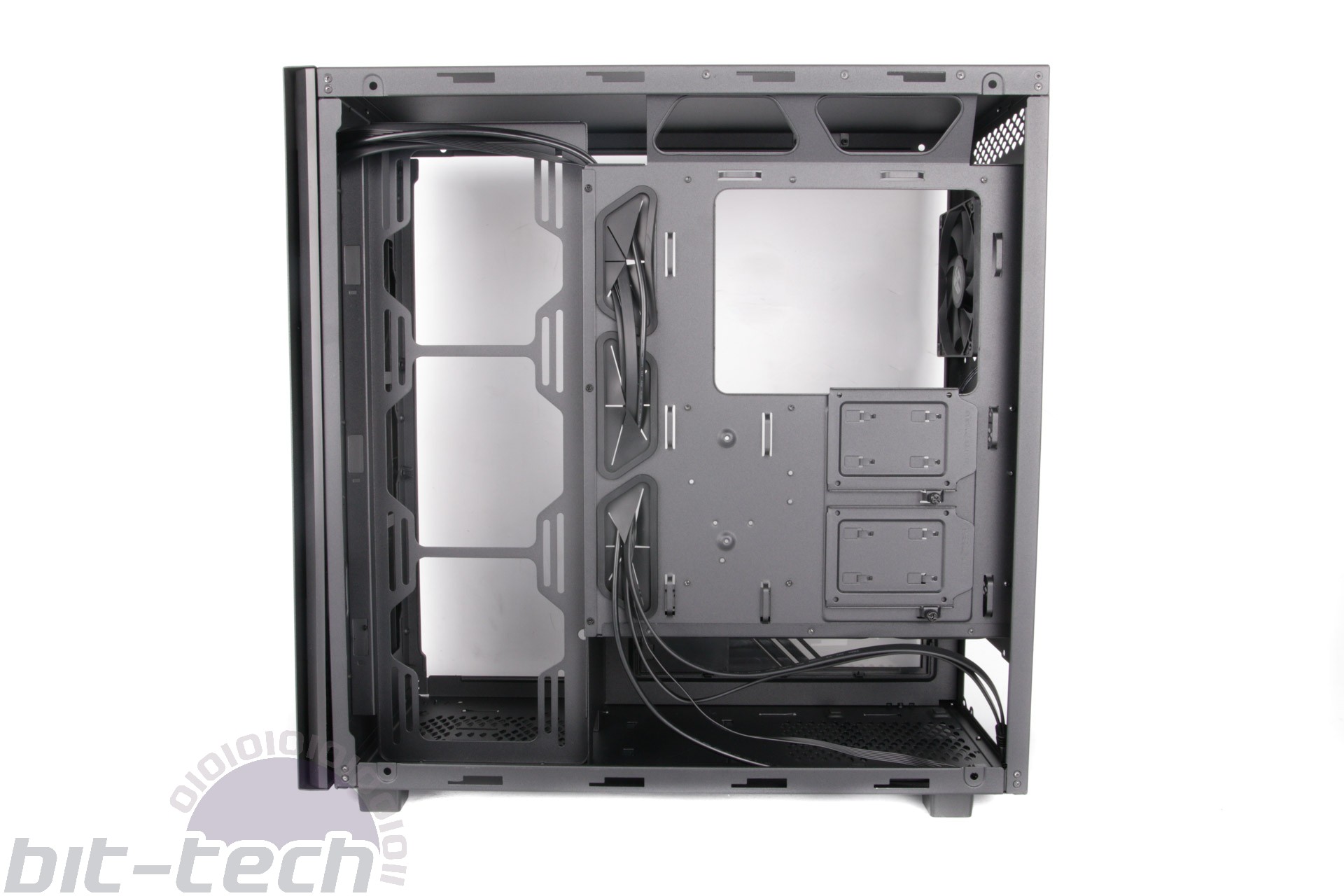 The PSU cover only extends about two thirds the length of the chassis, but that's still enough storage space underneath to hide the majority of cables, although we'd definitely suggest not using an especially long PSU to make your life easier. 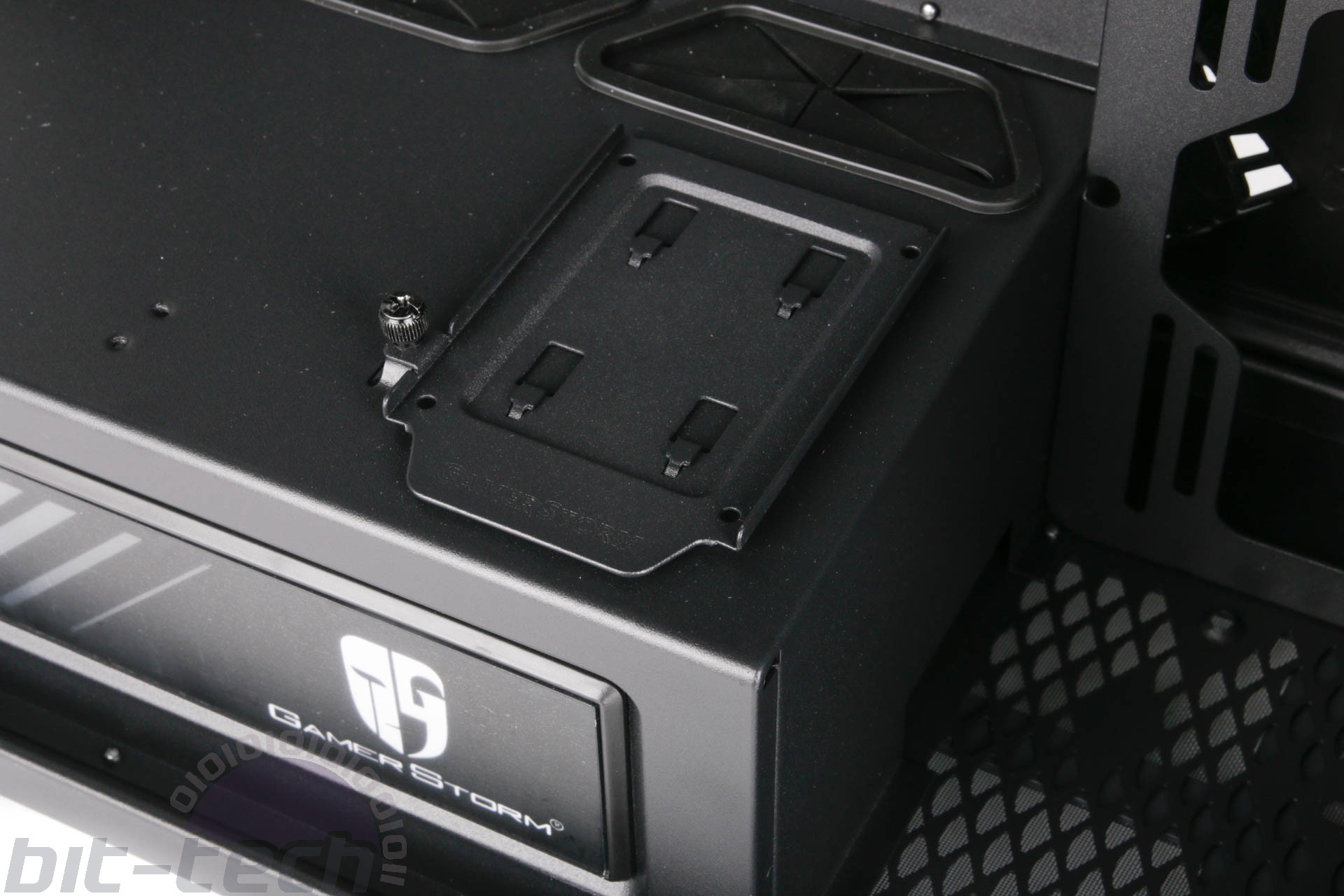 Above, you can also see one of the three 2.5" trays, which is where you'll want to show off your pride and joy if that's you're thing. Alternatively, an additional two trays sit behind the motherboard tray. These trays have a metal construction and are all secured with individual captive thumbscrews. 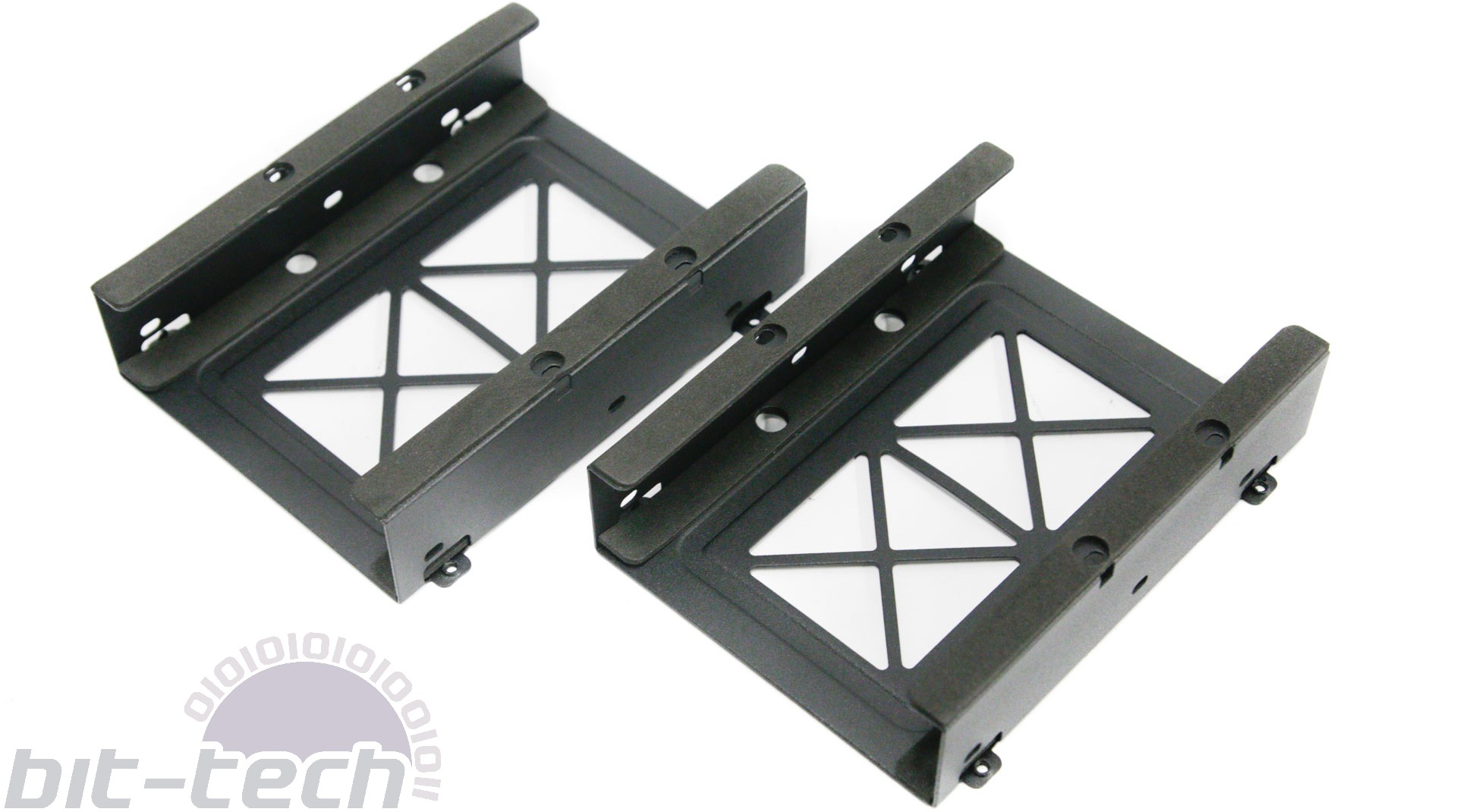 In addition, Deepcool supplies two 3.5" trays that cater for two hard disks apiece and can be mounted in front of the PSU cage on the floor or internally to the back of any of the 120mm fan mounts - a nice way of building flexibility into things. The Macube 550 is maybe not as storage-focussed as other E-ATX cases out there, then, but we'd imagine this is enough potential for the majority of potential owners, even you're planning on transplanting a few hard disks from your old build. Needless to say, installing the above trays will potentially see the clearance for radiators at the front of the case reduced depending on where you put them. 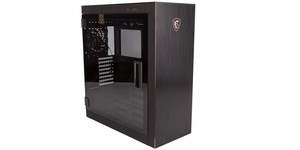 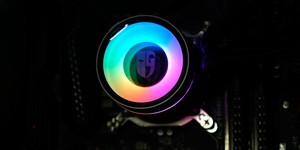 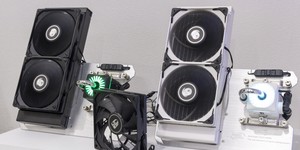