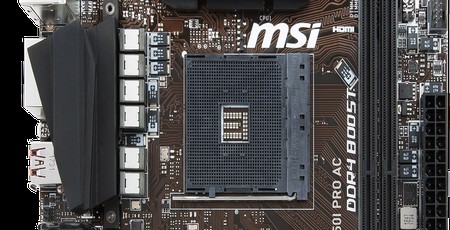 We raised concerns over the extremely toasty heatsinks on the Gigabte AB350N-Gaming WiFi when overclocking, but thankfully the additional power phases and cooling on the MSI board saw it run much cooler when pushing our Ryzen 7 1700.

We reached 4GHz easily, too, using our usual vcore of 1.425V, and even under load for an hour or two in our benchmarks there was no hint of throttling, and the heatsinks remained only lukewarm, which is great news if you plan on overclocking your Ryzen CPU. One slightly odd issue we found is that the vcore in the EFI had a limit of 1.4V, yet Ryzen Master and CPU-Z seemed to show our 1.425V (set in Ryzen Master) had been applied. Needless to say, it's probably best heading into AMD's software to overclock your Ryzen CPU with this board, as we had no issues.

Click here for an overview of MSI's EFI and software. 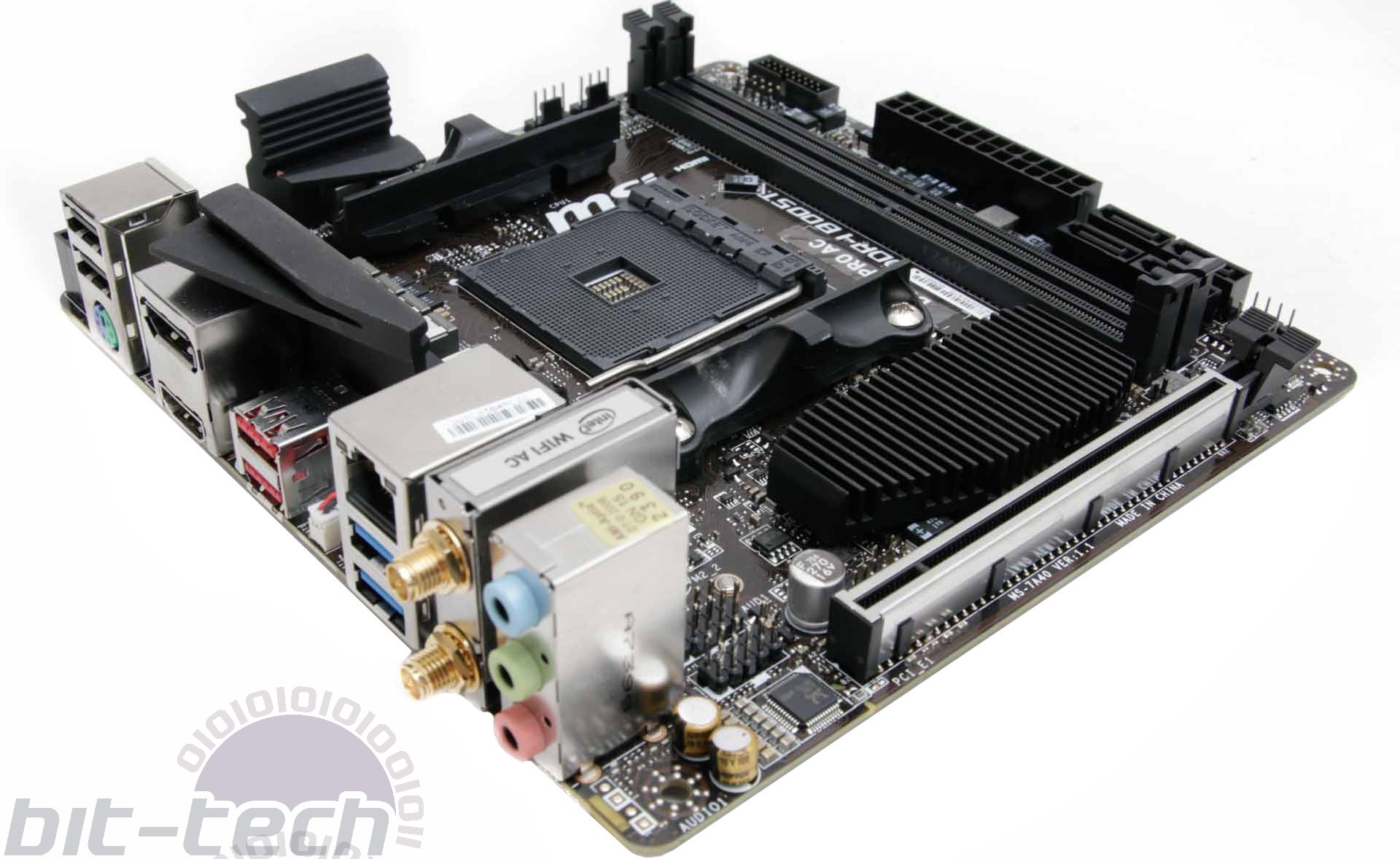 The biggest variation in our testing usually comes with audio results, and as well as the physical lack of audio ports, the older Realtek codec's performance was some way off the more capable ALC1220 codecs found on other boards, including Gigabyte's AB350N-Gaming WiFi. If lower noise levels and higher dynamic range are important, then this is probably not the best option, and Asus' ROG Strix X370-I Gaming fared far better here.

Thankfully, none of the stability issues we've encountered with this board and AMD's APUs surfaced during testing, so for Ryzen CPUs at least, the MSI B350I Pro AC is a solid option and didn't skip a beat during testing. Results elsewhere were within the usual tight ranges we've come to expect from the AM4 platform, which has had a year of optimisation by this point, and there were huge gains from overclocking too such as a 20 percent quicker rendering time in Terragen 4. Our Corsair Vengeance LPX memory modules hit 3,000MHz easily, too. It also posted the lowest power consumption numbers we've seen from an AM4 board, drawing just 44W idle and 120W load at stock speed. 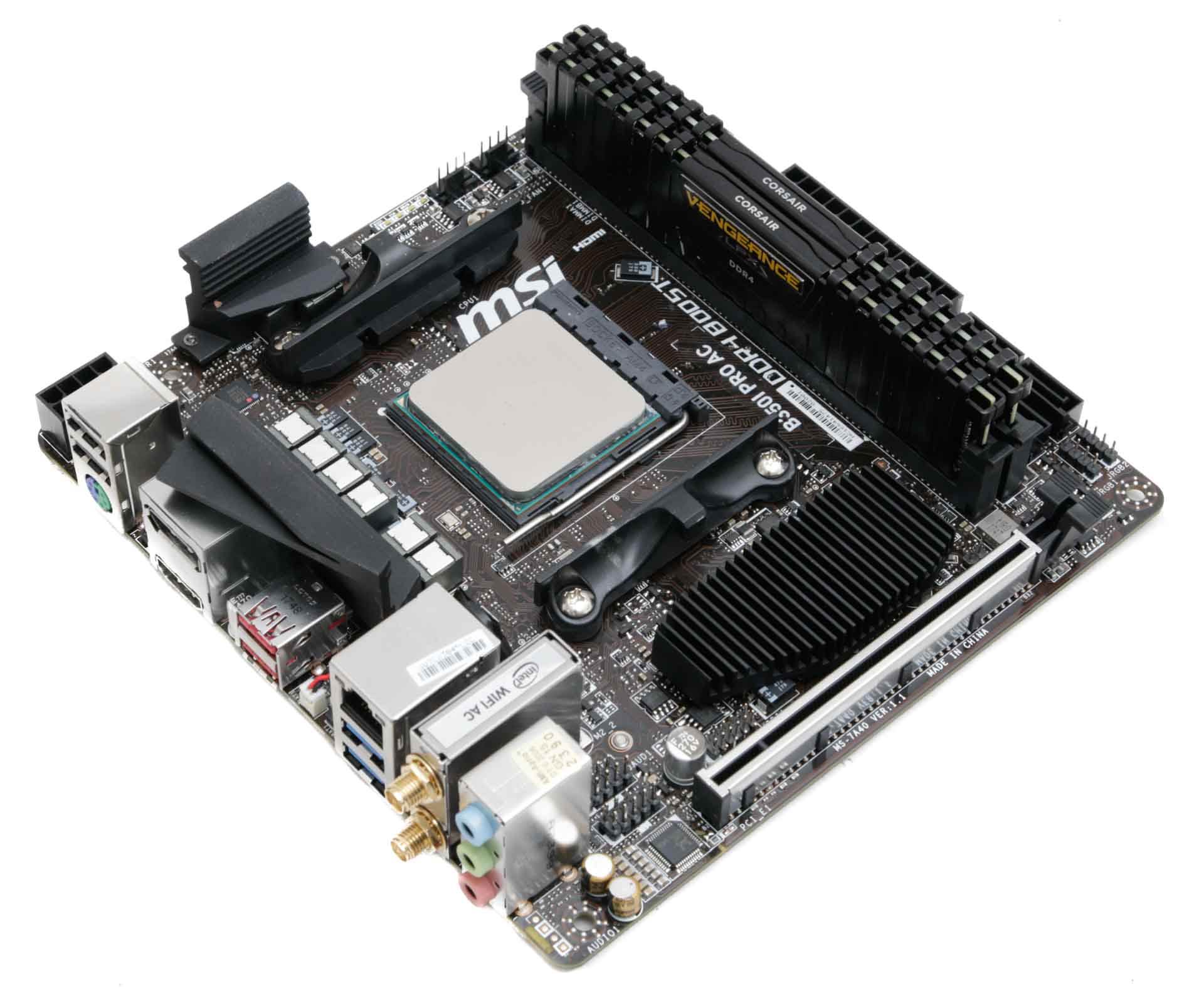 Apart from the mediocre audio, the MSI B350I Pro AC is a fantastic option for those looking to build a cheap, overclockable Ryzen system. The fact it handled our eight-core Ryzen CPU and overclocked to 4GHz with ease is encouraging and means we'd choose it over the Gigabyte board, but the latter is still solid, especially if you're less fussed about overclocking and more about audio. This MSI motherboard also has the ability to power RGB lighting, a PCIe M.2 SSD, and a high-end graphics card. With the absence of any significantly cheaper options or chipsets, this is the best AM4 mini-ITX board we've seen for less than £150, and only the lacklustre design and audio performance prevent it getting our top award.