The way Sareth’s opponents are designed is equally important to Dark Messiah’s combat. At the start of a battle they’re lithe and devious, attempting to duck around Sareth’s strikes and attack from the sides and behind. As they take damage, however, they become visibly affected by their wounds, staggering around, swiping clumsily, and even attempting to flee the fight entirely, screaming for help from their comrades. Midway through the game, the sneaky bandits that form the bulk of your opponents are switched out in favour of powerful, brutish orcs, who can actually lift Sareth off his feet and throw him across a room. It’s not a realistic representation of sword-fighting by any means, although video game sword-fighting never is. But it is a superb interpretation of cinematic swashbuckling. And that’s where Dark Messiah’s heart truly lies. Not as a fantasy RPG, but as a swashbuckling simulator. It’s not about an authentic portrayal of melee combat; it’s about leaping onto a dining table and throwing the dinner plates into your opponent’s face, about planting your boot on his chest and sending him tumbling off a 300-foot cliff. If Dark Messiah had been a game about pirates or, say, the Three Musketeers, I think the industry in general would remember it far more fondly.

Yet even with the questionable licensing choice, Dark Messiah pulls off its action hijinks spectacularly. The world is designed like an interactive film-set from an Errol Flynn movie. The environments are filled with wooden barrels desperate to be thrown at your opponents, rickety-rope bridges that yearn to be destroyed, spiral staircases that exist purely to have ragdoll-enabled bodies tumble down them, and conveniently placed spike traps that are just dying to get up close and personal with your enemies. Even the game’s magic system is designed around physicality, with spells like telekinesis and charm allowing you to manipulate both enemies and the environment. By far my favourite, however, is the ice-spell, which not only lets you freeze opponents, but create a slippery surface that will cause enemies to tumble into whatever lies in front of them – be it a spike trap, a fire-pit, or a sheer drop. Like Dishonored, Dark Messiah’s world is designed to encourage creativity, but in a far more direct, reactive manner. Dishonored is more about planning your approach, observing the environment before acting efficiently and deliberately. Dark Messiah is about thinking on your feet, using whatever is immediately to hand to beat your opponent. This is also, incidentally, why the stealth option in Dark Messiah doesn’t work so well. The level design is strictly linear, less about choosing a route and more about selecting which weapons and objects you’re going to use to push through it.

There are other issues too. Whenever the game moves away from its swashbuckling shenanigans, the quality takes a nosedive. Enemies like spiders and zombies just aren’t that much fun to fight, and if you don’t buy the poison resistance upgrade, these sections become painful to traverse. They’re not massive parts of the game, but substantial enough to damage its overall quality. Meanwhile, the story is fun but entirely disposable, the dialogue is atrocious and the characters are either one-dimensional heroes or scenery-chewing villains. Despite some ropey production, I think Dark Messiah has aged very well indeed, perhaps even better than the game which eclipsed it when it originally released. Oblivion’s template has been surpassed by Bethesda’s later open-world titles. But Dark Messiah offers a very different experience to Dishonored, and this has helped it endure. At the same time, it shares its most important lasting quality. It offers you a world that you can return to over and over and discover a dozen new ways to play with. 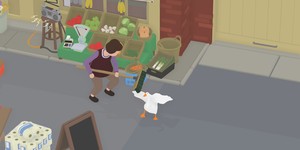