Kojima productions has been focussing on creating bigger environments since Metal Gear Solid 3, but this is the first one to just toss you into an open world and show linearity to the door. It’s a big gamble and for those of us that grew up exploring Shadow Moses or defusing bombs on the Big Shell, it’s a big change, but Metal Gear Solid V wears it well. There are many design cues taken from the PSP spin-off Peace Walker, including bite-sized missions, loadouts, base management and the always funny Fulton extractions. Other clear reference points are Mercenaries and Far Cry 2, often it feels like it shares more DNA with these open world games than the Metal Gear Solid games that came before it.

It’s a revolution. Hideo Kojima is renowned for his love of the cutscene, the expository codec call, the deathbed confessions of your enemies as they take their last breath. Get through the - frankly laborious - hour of prologue that opens the game and all of these are gently pushed aside as you’re set loose on the open world sandbox of Afghanistan. The team have put their faith in the environment and their enemy AI, hoping that the best stories will be those created by the games systems, instead of those shown in cinematics.

This was the right choice. Everybody quickly develops “their” Metal Gear Solid V anecdote and reviews around the internet are littered with them. I could tell a thousand stories of missions gone bad, leaving me covered in blood and fighting for my life while Ultravox’s “Dancing With Tears In My Eyes” heralds the extraction chopper that often served as my salvation, or there’s the time I snuck past 4 heavily armed guards only to give the game away when I jumped over a low wall and knocked over a pile of garden chairs.

You quickly develop your own style when confronting problems and this informs the upgrade path you’ll take through the hundreds of weapons available for research in Mother Base, if you have the cash. Infiltration during the day often lead to shedded tears/blood on my part, so I’d often wait till the sun set so I’d have a better chance at sneaking. This meant in turn that my night-vision goggles, silenced weapons and sleep grenades were all quickly maxed out, while I neglected explosives and other heavy firepower. This later led to some problems when I had to fight a boss head on that was resistant to small-arms fire and hadn’t packed my rotary grenade launcher, but Metal Gear Solid V often asks you to make do, to fit the problem to the solutions at hand.

I found the solution at hand for me was very often to massacre any threats. Whether it was with a knife in the dark or with a light machine gun, as soon as I found out the game had a robust combat system I was hooked. Hidden behind Metal Gear Solid V’s stealth trappings is one of the best shooting games of the year, somehow managing to give each of the games scores of weapons a unique feel while also modelling bullet drop, locational damage and bullet penetration. When the little hand says it’s time to rock and roll you’ll find the combat to be brutal and efficient, but the need to capture men for your mercenary commune in the middle of the ocean means you’ll often find yourself returning to a non-lethal approach, in time. 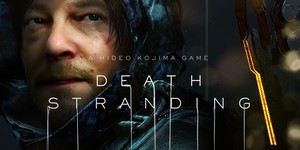 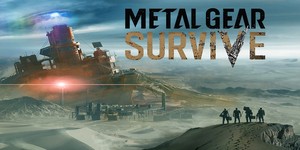