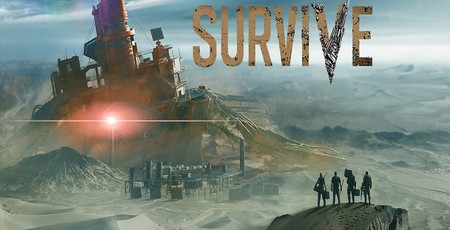 Announced back in 2016, Metal Gear Survive was disowned by series creator and former Konami staffer Hideo Kojima over his claim that 'the Metal Gear games are about political fiction and espionage. Where do zombies fit in with that?' While it's true that previous Metal Gear games have not been of the horde-survival type, however, Kojima's glib comment ignored the Skulls Parasite Unit, a long-standing staple of the franchise created by Kojima himself which features the ability to infect nearby soldiers and turn them into aggressive, shambling, mindless monsters who attack the player character on sight by grappling and attempting to eat his flesh - zombies by any other name.

Kojima's seemingly misplaced disapproval aside, Konami is now gearing up to launch the title after pushing it back from a 2017 launch date to 2018 earlier this year. According to the company's official Twitter feed, Metal Gear Survive will include an open beta for console players running from January 18th to January 21st - though it appears it will be available only to those with paid-for memberships to Microsoft's Xbox Live or Sony's PlayStation Network subscription services.

Konami's announcement does not include anything for PC gamers, sadly, though the company has confirmed its official launch date as February 22nd - suggesting the 'beta' is less about finding and resolving the final few bugs and more about building up hype for the title ahead of release.

More information on the title is available on the company's official website.

Forgets the zombies he himself penned.