Adapteva, the company behind the Epiphany many-core architecture and the Parallella development board, has announced a project to create what it claims will be the world's most efficient distributed supercomputer.

Having successfully produced and distributed thousands of its Parallella boards, following considerable interest for its Kickstarter campaign back in 2012, Adapteva is still slogging away at gaining mass-market acceptance of its novel Epiphany processor architecture. The company is also apparently all-too-aware of the fate of many low-cost development boards: they are purchased, toyed with for a while, then left to moulder in drawers and cupboards as a new shiny thing catches the user's eye.

Adapteva's answer to both of these problems: a partnership with containerisation specialist Resin.io to create a customised operating system for the Parallella which will join any board anywhere in the world together to create a virtual, distributed supercomputer, in a project dubbed 'supercomputer.io.'

'We intend to offer "supercomputer.io" capacity for free to academic researchers working in the field of machine learning,' explained company founder Andreas Olofsson of his latest project. 'Researchers at Google, Facebook, Baidu, and Microsoft are making steady progress with deep learning algorithms thanks to virtually limitless resources. What if this kind of computing power could be available to all researchers for free?'

Making use of the low-power many-core Epiphany architecture, Adapteva has claimed that just 1,000 boards running the supercomputer.io image and connected to the internet would create a virtual supercomputer with 18,000 processing cores yet drawing just 5KW - 'this would arguably be the most efficient supercomputer on the planet,' crowed Olofsson.

'Based on conversation with countless Parallella owners over the last year, I can tell you that "time" is a scarce a commodity as ever. If you haven't turned on your Parallella yet, please help us put it to good use,' implored Olofsson in his message to registered Parallella developers this week. 'Too much time and money was spent for the Parallellas to gather dust in some desk drawer. Let's at least build something useful out of it.'

More information on the project is available at supercomputer.io, while the first live test of the processing system is scheduled to take place at the Parallella Technical Conference in Tokyo on May 30th. At the time of writing, 594 processing cores were connected to the platform. 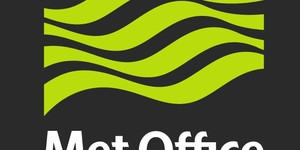 The 10 year plan is highly ambitious