Microsoft's plan to add the Start Menu back into its latest Windows releases via a software update have been delayed, with industry sources claiming no such update will appear until at least 2015.

When Microsoft launched Windows 8, it came with a brand-new user experience: the Metro User Interface (UI). Based heavily on the tile-based Windows Phone UI, Metro was optimised for touch-screen devices - but, its critics claimed, ill-suited for use with a keyboard and mouse. In adding the new interface, Microsoft also made considerable changes to the existing classic UI including the removal of both the Start Button and the Start Menu, the latter being replaced with Metro UI's tile-based Start Screen.

Following a critical mauling, Microsoft has slowly begun to backtrack on its vision for the next generation of user interaction. While Windows 8.1 still features the Metro UI, now known as the Modern UI, it comes with a Start Button at the lower-left just like its predecessor. Just prior to launch, the company confirmed that a future update to the platform would introduce the option to have the new Start Button trigger an old-style Start Menu rather then the Modern Start Screen - although one redesigned to include features, like Live Tiles, associated with the new user interface.

Sadly for those who are relying on third-party packages to add the classic Start Menu to Windows 8.1, the latest rumours suggest that the updated menu won't be appearing until some time next year. Sources speaking to ZDNet have suggested the Mini Start Menu have claimed that a planned August release date has been pushed back, with the feature now scheduled to appear in Windows Threshold - the code-name of what is expected to be Windows 9.

Although Microsoft has not offered a release date for Windows Threshold, the company is believed to be following a more aggressive annual launch cycle - similar, in fact, to its rival Apple. If that's so, Windows Threshold - and, by extension, the Mini Start Menu - could appear some time next year. Microsoft, naturally, has refused to comment on the rumours. 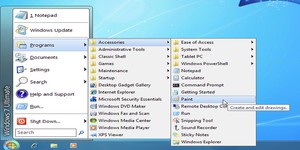 Threshold to skip a version.