HTC, fresh from announcing that it had spun-off a subsidiary to run its virtual reality Vive business, has announced the launch of the Virtual Reality Venture Capital Alliance (VRVCA) with the backing of 27 companies.

Designed to provide venture capital - a form of funding in which start-up concerns can receive cash from investment funds in exchange for equity - to companies involved in the virtual reality field in general and HTC's Vive platform specifically, HTC has claimed that the VRVCA is backed by $10 billion in funding - though this is a summation of the total capital available in the coffers of its 27 member firms, not the capital that they plan to invest in VRVCA applications specifically.

Even with this in mind, the money on the table vastly outstrips the $100 million Vive X programme announced by HTC back in April, and potentially represents the largest investment in virtual reality technologies since Facebook's acquisition of Oculus VR.

Companies confirmed as members of the VRVCA include Sequoia Capital - a company which has frequently co-invested in technology concerns with Microsoft's venture capital arm - and CRU Capital, along with a number of VR-specific firms including HTC's freshly-minted Vive subsidiary itself. The group will meet every two months in Beijing and San Francisco and is currently asking for pitches via its official website. 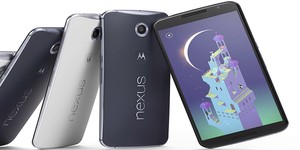