Blizzard is considering a free-to-play business model for eSport favourite Starcraft 2 in a move that would work towards unearthing more professional quality talent.

Talking at a panel discussion at the Valencia eSports Congress, PCGamesN reports that Blizzard designer Dustin Browder stated free-to-play was an option for the game's multiplayer.

Browder added that there are however logistical and design concerns in transitioning the game towards a free-to-play model. As Starcraft 2 is not terribly modular in its nature, players not having access to the same selection of units could make its carefully tuned balance difficult to sustain and would possibly diminish its effectiveness as a professional tournament-friendly game.

'That's definitely an option for us at some point down the road,' said Browder. 'I don't think there's any reason why we wouldn't, except to make sure we do it properly, that we don't make any mistakes, and that we are supporting the fans the way we're supposed to.'

Starcraft 2 currently has a Starter Edition available for free, allowing people to try out a selection of multiplayer maps as the Terran race. Browder suggested that one solution to the balancing issues of going free-to-play could be to sell entire races separately.

Although predominantly sold as a one-time purchase allowing unlimited access over Blizzard's Battle.net service, alternative business models for the real-time-strategy giant already exist in different parts of the world and it requires a subscription in South America and China.

Blizzard is currently preparing the launch of The Mists of Pandaria, the fourth expansion for MMO behemoth World of Warcraft. When the MMO's subscriber base was reported to fall to just over 9 million, there was a suggestion that it too might transition to a free-to-play model. Blizzard however have decided to keep the game's free trial with a level 20 cap and currently have no plans to abandon the subscription model.

The next instalment of Starcraft 2, Heart of the Swarm, has entered its beta phase but a launch date has not yet been confirmed. 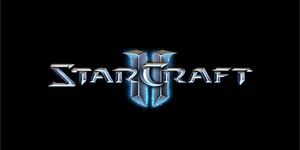