Nvidia has today announced that its Shield micro-console will launch in Europe tomorrow, along with its game-streaming service, GeForce Now.

The Shield is Nvidia's first living room entertainment device and is a micro-console powered by Google's Android TV. You can read the full details about it in our original announcement story, but as a recap it uses the company's quad-core, 64-bit Tegra X1 processor, a 256-core Maxwell GPU and 3GB of shared RAM. It offers 4K 60fps playback and capture via HDMI 2.0 as well as 7.1 and 5.1 surround sound audio up to 24-bit/192kHz. It competes with products like the Apple TV and Nexus player, and claims to be the only smart TV console that can stream Ultra HD 4K at 60fps (dependent on having a good enough connection, of course).

The Shield, which comes with 16GB of internal storage, and Shield Pro, which ups this to 500GB, will both be available tomorrow online and in stores in the UK, as well as France, Germany and Scandinavia.

Launching alongside the consoles, naturally, is Nvidia's GeForce Now game-streaming service, touted as the Netflix for games. Available across Shield devices, the service was previously available for free, but Nvidia had always intended to charge for it once it matured. That said, users still get their first three months for free, after which it becomes £7.49 a month (or 9.99€ for Euro-using countries). This nets you unlimited streaming of over 50 PC titles, as well as the ability to purchase and play new games immediately through the online store (e.g. The Witcher 3). Nvidia claims you can connect to one of its two EU servers, located in Germany and Ireland, select a game and be playing it within 30 seconds. The quality settings of games vary depending on your connection but the maximum is 1080p at 60fps.

'SHIELD is a fantastic, easy to use product – letting you use just one device for all your living room entertainment,' crowed Jaap Zuiderveld, vice president of EMEAI at NVIDIA. 'Music, TV and film have already been transformed by streaming. With GeForce NOW, we are bringing that same disruption to games at simply incredible value.' 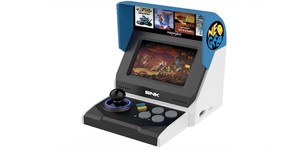