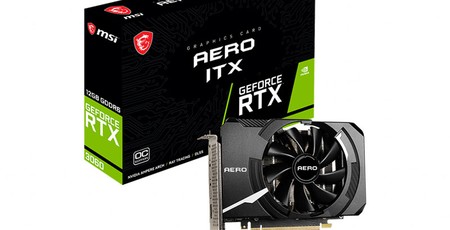 We saw the Nvidia GeForce RTX 3060 12GB launched in early January at the CES 2021. At the time Nvidia touted a rough release date of the end of February. Now the graphics chip designer has confirmed that retailers will be able to sell stock from 5pm UK time (9am PT) on Thursday, 25th February. The RTX 3060 carries an attractive RRP of US$329, but it looks rather unlikely that stock will be available at RRP, as even now retailers worldwide have pre-sale pages with pricing of these graphics cards listed at more than double that sum. The Nvidia RTX 3060 12GB is pitched as the Ampere generation successor to the RTX 1060 (and RTX 2060) graphics cards. According to internal tests undertaken by Nvidia the new graphics card can deliver 1080p 60fps in most of today's AAA titles with RTX On and DLSS on - where available.

Nvidia told The Verge that it expects supply for its GPUs to both consumers and partners "will likely remain lean through Q1". It must be noted that the GP106 die is much smaller than the GP104 used by the RTX 3060 Ti and RTX 3070, so hopefully supplies will be better for what is intended to be a mass market GTX 1060 replacement – as long as GDDR6 VRAM supplies aren't a major contributor to shortages. Nvidia isn't making a reference GeForce RTX 3060 12GB, you will have to rely solely on AIBs.

In related GPU shortage news, Nvidia has confirmed to PCWorld that it is shipping quantities of GTX 1050 Ti and RTX 2060 GPUs to partners to help them cope with the "ebb and flow" of demand. It will be interesting to see pricing and availability of these older GPU-based graphics cards. Certainly the GTX 1050 Ti (4GB GDDR5) won't be of interest to crypto-miners but the RTX 2060 (6GB GDDR6) may be.