It's a problem which is unlikely to affect more than a handful of people, but for those who attempt to squeeze every last morsel of performance out of their systems mixing ATI and Nvidia graphics cards may prove disappointing.

SlashGear reports that Nvidia's graphics drivers deliberately disable support for on-GPU PhysX physics processing when they detect an ATI graphics card present in the system - something that has apparently been happening since version 186 of the driver bundle.

The issue crops up on systems that have an ATI card for graphics rendering along with an Nvidia card for dedicated PhysX handling - a somewhat unlikely combination, but one that will appeal to those who miss the days of dedicated PhysX acceleration cards prior to Nvidia's purchase of Ageia back in 2008.

Sadly, all that cleverness turns out to be for naught: in an e-mail to a member of the NGOHQ forums, Nvidia has confirmed that on-GPU PhysX processing is disabled on all Nvidia hardware if the system also contains an ATI graphics card.

The e-mail states that the functionality is disabled for "a variety of reasons - some development expense[,] some quality assurance and some business reasons" with the upshot being that "Nvidia will not support GPU accelerated PhysX with Nvidia GPUs while GPU rendering is happening on non-Nvidia GPUs."

For now, if you want the fastest possible PhysX rendering while retaining an ATI card as your primary graphics rendering device it looks like you'll have to trawl the markets for one of the increasingly rare dedicated Ageia cards - at least until Nvidia changes its stance and re-enables support in the driver.

Do you think that Nvidia is being disingenuous with its reasons for disabling support for PhysX rendering in this case, or is the combination of ATI and Nvidia hardware so rare as to make the issue almost non-existent? Share your thoughts over in the forums. 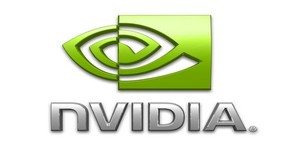 We check out what PhysX offers in Mafia 2 by running through all manner of performance equations!