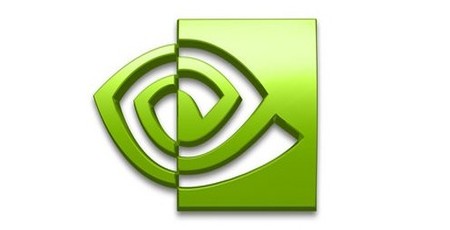 Nvidia has officially released PhysX, its physics simulation engine, under a permissive open-source licence - because, the company claims, 'physics simulation - long key to immersive games and entertainment - turns out to be more important than we ever thought'.

PhysX got its start at Swiss simulation specialist NovodeX AG before being acquired by Ageia in 2004. The company would attempt to create hardware specific to the PhysX engine, which it called physics processing units (PPUs), but by 2008 the company had attracted the attention of graphics processing giant Nvidia. Following Nvidia's acquisition, PhysX was retooled to be accelerated on a system's graphics processing unit (GPU), and by 2011 support for the old Ageia PPUs had been pulled. Now, Nvidia is opening the technology up by releasing PhysX itself under an open-source licence.

'We’re doing this because physics simulation - long key to immersive games and entertainment - turns out to be more important than we ever thought,' explains Nvidia's Rev Lebaredian in a blog post published late yesterday. 'Physics simulation dovetails with AI, robotics and computer vision, self-driving vehicles, and high performance computing. It’s foundational for so many different things that we’ve decided to provide it to the world in an open source fashion. Meanwhile, we’re building on more than a decade of continuous investment in this area to simulate the world with ever greater fidelity, with ongoing research and development to meet the needs of those working in robotics and with autonomous vehicles.'

Released under the BSD three-clause licence, which allows for commercial exploitation by third parties, the new PhysX is claimed by Lebaredian to be 'the only free, open-source physics solution that takes advantage of GPU acceleration and can handle large virtual environments'. With its release, Nvidia is targeting fields outside its core revenue-driver of gaming: Lebaredian names artificial intelligence training, robotics training, and self-driving vehicles as benefiting from PhysX.

The company's largesse only extends so far, however: The PhysX software development kit is licensed under BSD three-clause only for Windows, Linux, macOS, Android, and iOS; the console variants, for Xbox One, PlayStation 4, and Nintendo Switch, remain licensed exclusively under Nvidia's own end-user licence agreement (EULA).

At the same time, Nvidia has previewed PhysX 4.0, to launch later this month, which it claims 'has been upgraded to provide industrial-grade simulation quality at game simulation performance levels', with new features including a temporal Gauss-Seidel solver (TGS) for more robust articulation simulation, improved stability, improved scalability, and better support for actors with large numbers of shapes.

More information on the release, and a link to the GitHub repository where it can be downloaded, is available on the official website.