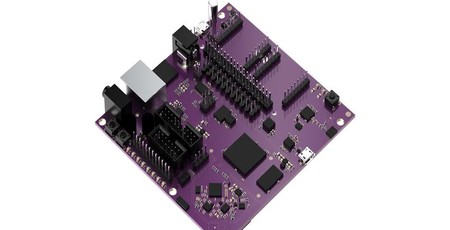 Imagination Technologies has announced that it has been acquired by investment group Canyon Bridge for a 40 percent premium on its current share price, though still at a steep discount compared to the company's trading price prior to the loss of its largest customer.

Imagination Technology made a name for itself producing the graphics technology to drive the Dreamcast, Sega's last entry in the mainstream games console market, but has been suffering a series of financial setbacks over the past year and a half. Back in February 2016 the company's chief executive officer stepped down after the company's finances showed a £13 million loss, but it wasn't until April this year that things really came to a head as Apple, Imagination's biggest graphics processing IP customer, announced it was moving to in-house technology.

Since then, Imagination has been working hard to fill the hole in its balance sheet, both in the short and long terms. Short-term, the company has sold several of its non-core technology divisions, including its Sondrel chip-design arm, and has been looking for a bidder for its MIPS microprocessor division and the company as a whole.

Those bidders have now been found, the company has announced: Canyon Bridge, a fund raised partially on money provided by the Chinese government, has offered £550 million for the remainder of Imagination Technologies as a whole bar MIPS, with MIPS going to venture capital firm Tallwood for an additional £48 million.

'We are investing in UK talent and expertise in order to accelerate the expansion of Imagination,' claims Ray Bingham, partner at Canyon Bridge, 'particularly into Asia, where its technology platform will lead the continued globalisation of British-developed innovation.' 'The acquisition will ensure that Imagination – with its strong growth prospects – remains an independent IP licensing business, based in the UK, but operating around the world,' added Andrew Heath, Imagination chief executive, of the acquisition.

The deal marks the second time in a year a British semiconductor company has been snapped up by foreign investors, following the 2016 deal that saw Japanese tech giant SoftBank acquire Cambridge-based ARM for £24.3 billion.