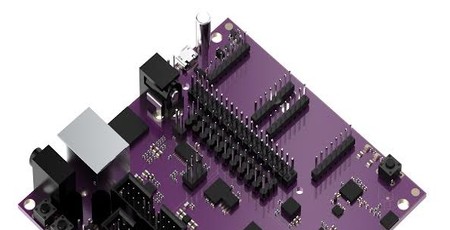 Imagination Technologies has announced that it is putting itself up for sale, with 'a number of parties' involved in acquisition talks, following a drastic drop in share price as its largest customer moves to in-house graphics technologies.

Imagination Technologies troubles began in April this year when Apple announced it would be moving to in-house designs for graphics technology it had previously licensed from the company. Although Imagination was quick to argue that Apple would still have to pay licensing fees - 'Apple has not presented any evidence to substantiate its assertion that it will no longer require Imagination's technology, without violating Imagination's patents, intellectual property and confidential information,' the company said at the time - the potential loss of around £65 million in annual licensing had a dramatic and deleterious effect on Imagination's share price.

Following its announcement, the company worked to balance its books with sell-offs of some of its non-core subsidiaries: It announced the sale of its MIPS processor arm and Ensigma DSP division in May, followed by its IMGworks semiconductor design division later that same month. Investors, however, were unconvinced as to the sustainability of the company post-Apple: Its share price fell from £2.68 prior to the announcement down to £1.03 immediately after and has made only minor gains since.

The solution: Imagination is putting itself up for sale, rather than its individual divisions. 'Imagination Technologies Group plc. announces that over the last few weeks it has received interest from a number of parties for a potential acquisition of the whole Group,' the company confirmed in a statement issued this morning. 'The Board of Imagination has therefore decided to initiate a formal sale process for the Group and is engaged in preliminary discussions with potential bidders.' The identities of the bidders, however, have not been released.

The release of the news had a dramatic impact on the company's share price: Imagination stocks have risen 17.21 percent at the time of writing, from £1.25 at close of markets last night to £1.44 this morning - a slight dip from an opening high of £1.48. The company has also confirmed it remains in dispute with Apple over the company's claims that it uses no Imagination intellectual property or patented technologies in its in-house graphics processors.