Researchers at the Pacific Northwest National Laboratory and the University of Houston have announced a technique for carrying out graphics processing in-memory which is claimed to boost performance by up to 65 percent.

Traditionally, graphics processing is done by - unsurprisingly - a graphics processor, which takes data from memory, works on it, then places it back into memory again. A team of researchers led by Shuaiwen Leon Song and working in the field of high-performance computing (HPC) under a US Department of Energy (DoE) grant, though, have opted for a different method: a means of allowing the memory to do the processing directly, bypassing the need for the GPU to spend time reading and writing data.

Dubbed 'processing in memory', the team's work is based on the increasingly common 3D stacked memory modules available on high-end graphics hardware. In addition to the usual layers of memory Song's team added logic layers able to work directly on the stored data, effectively turning each memory chip into a co-processor. Although the capabilities of the logic layer are limited compared to the far larger GPU, it was enough to see considerable improvements: By offloading anisotropic filtering to the modified memory processors the performance of tested games was boosted by up to 65 percent.

'We're pushing the boundaries of what hardware can do,' said Song of his team's work, 'and though we tested our idea on video games, this improvement ultimately benefits science.'

Before getting too excited, though, it's worth looking to the games Song chose to test out his team's creation: Doom 3 and Half-Life 2, titles launched 13 years ago and which are nowhere near stressing out even the cheapest of modern graphics cards. Whether Song's work will translate to improvements in more demanding titles - or will even ever be picked up for commercialisation in gaming hardware, rather than being left as the preserve of high-performance computing systems - remains to be seen.

Song presented his work at the 2017 IEEE Symposium on High Performance Computer Architecture, but the paper has not yet been made public. 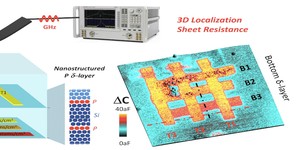