Cooling company Noctua has announced the launch of the Chromax family, a range of add-on anti-vibration parts designed to colour-coordinate with users' individual builds.

Designed for use with Noctua's range of fans, the Chromax accessories include the company's NA-SAV2 anti-vibration mounting pins and NA-SAVP1 anti-vibration pads in a choice of red, blue, green, yellow, black, and white finishes. For Noctua it's the continuation of a progression away from its iconic two-tone products to a more customisable and option-rich range, begun with the launch of the Redux and IndustrialPCC fan ranges.

'The introduction of our Redux and IndustrialPPC product lines marked a first step towards offering fans that fit in well with the typical colour schemes favoured by today's overclockers and enthusiasts,' claimed Roland Mossig, Noctua's chief executive officer, of the launch. 'With the new Chromax line, we're taking another step by allowing users to colour-customise their fans with red, blue, green, yellow, black or white anti-vibration parts.

'When we introduced our IndustrialPPC series we mainly had industrial clients in mind, but the fans have become surprisingly popular among overclockers and enthusiasts. The new NA-SAVP1 kits now give them the option of matching their iPPC fans to various build themes by simply changing the supplied anti-vibration pads for Chromax ones.'

All models in the Chromax range are constructed from high-grade silicone, with 20 anti-vibration mounting pins included in the NA-SAV2 kit and 16 pads in the NAV-SAP1 - enough for five and two fans respectively. The packs are shipping to distributors now, Noctua has confirmed, priced at €6.90 each in any colour. 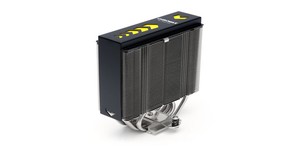 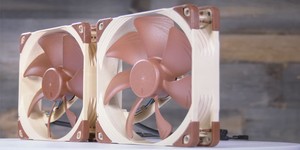 Enthusiasts accused firm of quality slide in a manufacturing move from Taiwan. 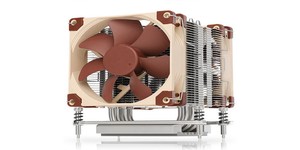