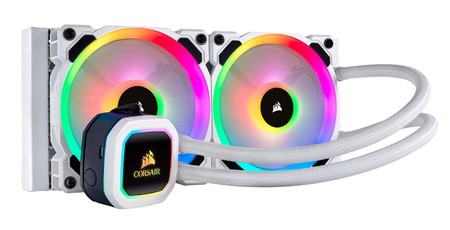 Corsair has warned buyers of its H100i RGB Platinum SE closed-loop liquid coolers to pay close attention to their lot code, after a bad batch was discovered to be leaking green liquid coolant.

Liquid-cooling has long been popular among enthusiasts looking to give their CPU or graphics card as much surface area for cooling as possible, or simply to shift the heat to elsewhere in a case. Closed-loop coolers, also known as sealed-loop or all-in-one coolers, are more popular still, offering most of the advantages of liquid-cooling with none of the hassle of building, filling, and servicing a custom loop. These, their manufacturers claim, are maintenance-free and ready to run: Just take it out of the packaging, mount to the CPU and case, and you're done.

A bad batch of Corsair H100i closed-loop coolers, however, have proven less maintenance-free than intended: The company has confirmed a leaking issue with a small number, identified by the lot code 1852 on the packaging and radiator.

'As a precautionary measure, Corsair regrets to recall a select lot code of the Hydro Series H100i RGB Platinum SE (CW-9060041-WW) Liquid CPU cooler,' the company explains in its recall notice. 'We discovered that less than one percent of Hydro Series H100i RGB Platinum SE coolers sold to date are leaking small amounts of coolant into the hose sleeving. These leaks are easy to spot, as the sleeving is white, and coolant is bright green. While this problem should be immediately visible when the box is opened, it can, in some cases, manifest over time.

'Only a select lot code of affected units has been sold, lot code 1852. You can identify your cooler's lot code by referring to its packaging, or the serial number sticker on the cooler’s radiator. This issue only affects lot code 1852 of the White Hydro Series H100i RGB Platinum SE liquid CPU cooler. All other lot codes of the H100i RGB Platinum SE and versions of the H100i RGB Platinum are unaffected. We realise that the replacement of a CPU cooler is a potentially disruptive process, but wish to avoid further issues, or serious damage, to any user's system. We sincerely apologise for the inconvenience this will cause to our affected customers, and our customer service team is ready to help make this right.'

The company issued the recall notice on its custom forum last week, but replacements - which are available free of charge for anyone returning their cooler from the affected batch code via the company's return materials authorisation (RMA) process - only became available from today.

More details, including how to see if your cooler is affected by the recall and how to claim for a replacement if it is, can be found on the forum thread. 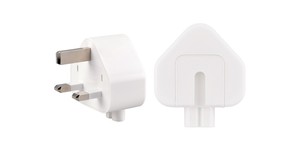 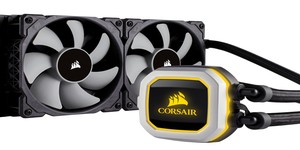 Corsair outs a smaller Pro RGB cooler but can it keep up with its larger siblings?