Netflix gets ported to the Nintendo Entertainment System

Video streaming specialist Netflix has shared the results of an internal hack day it hosted at the start of the month, including the world's first implementation of a Netflix client for the Nintendo Entertainment System.

Revealed to the public earlier this week, the Netflix Hack Day saw 150 engineers and designers working on 70 individual projects, of which the company has chosen the best five to make public with demonstration videos - and the most impressive of which overall is a Netflix implementation for the Nintendo Entertainment System.

As a reminder, the NES - known as the Family Computer, or Famicom, in Japan - launched in 1983 and features an eight-bit MOS Technology 6502 processor running at either 1.79MHz or 1.66MHz, 2KB of RAM, a further 2KB of VRAM, and a picture processing unit (PPU) which boasts support for 54 colours in a 256x240 resolution image. In short, it's not known for its ability to play video - much less stream content from a web-based service such as Netflix.

DarNES changes that. Created by Guy Cirino, Alex Wolfe and Carenina Motion, DarNES is a cartridge which can be slotted into an unmodified NES console to provide connectivity to the Netflix service. The Netflix catalogue is presented on-screen with snapshot images and textual descriptions, just like the more usual Netflix client devices, and controlled via the original NES Controller.

Each programme can be chosen for streaming through an Ethernet cable connected to the cartridge itself, and plays live on-screen - albeit in a tiny window, without audio, and in a very limited colour pallete. 'This is really hard to do on a 256K cart,' jokes Cirino during the demonstration.

Slightly more useful results of the hack day include the ability to navigate by subtitles for when you miss dialogue, a dual-PIN system for preventing your significant other binge-watching programmes you had sworn to watch together, a system for monitoring the user and preventing them from doing anything else while Netflix is playing, and an animated globe displaying real-time playback activity.

Sadly - at least in some cases - Netflix has not indicated that it plans to offer public releases of any of the software or hardware to have been created during the hack day. As a consolation, reproduced below is the short DarNES demonstration video while other videos can be found on the official site. 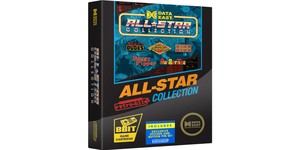