Crowdfunding pioneer Kickstarter has announced that a whopping $3 billion (£2.32 billion) has passed through its service since launch, spread across nearly 125,000 projects and 12.7 million backers.

The idea behind crowdfunding is simple. Rather than relying on personal cash or traditional venture capital, anyone with an idea can take it directly to customers and solicit small quantities of money from a large number of people in order to fund their project. Of the multifarious platforms which aim to facilitate such funding, Kickstarter is by far the most well-known: It has been used to fund everything from games to pocket-sized, highly-parallel 'supercomputers', while non-tech-related projects listed on the site range from books and clothing to household furniture, films, and music.

The path of crowdfunding is fraught with peril, however. For every highly successful campaign like Elite: Dangerous there are dozens which fail to make their funding goal - which, under Kickstarter rules, means they don't see a single penny of the pledged cash. The risks are high for backers, too: A rash of vapourware on the site in its early days led to the banning of product renders in favour of functional prototypes, a rule since relaxed, while projects which have seemingly taken the money and run range from the Ziphius aquatic drone which was due to launch in 2014 to the Coolest Cooler.

Despite this, Kickstarter is upbeat about the potential of crowdfunding, and well it might, having taken a five percent slice of a whopping $3 billion in funding since launch. In figures released by the company on the blog this week, Kickstarter has claimed to have helped 12.7 million users provide funding to 123,587 successfully funded projects, though the company is silent on how many of these projects actually delivered on their promises. The site also claimed that many of the projects are from returning users: A third of the funds transferred through the site went to 36,000 project creators who have run more than one campaign.

Projects currently running on Kickstarter include the Calyos NGS S0 passive PC case, which has just 27 hours left to run at the time of writing, and the FPGA-powered ZX Spectrum Next retro microcomputer. 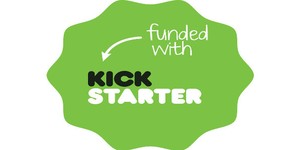 Fortune favours the bold as Fable comes to Kickstarter.