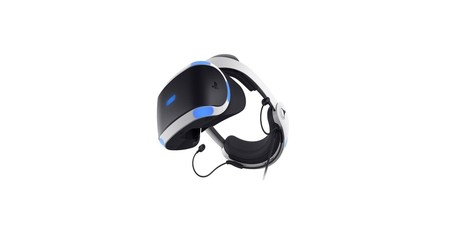 Although it is by far the newest of the mainstream virtual reality (VR) headsets, Sony has announced it is refreshing its PlayStation VR hardware with better cable management and support for high dynamic range (HDR) signal pass-through.

Formerly known as Project Morpheus prior to its rebranding to the PlayStation VR (PSVR), Sony's entry into the virtual reality market has proven popular. Sales of the units hit a million within months of the launch, thanks in no small part to a lower cost of entry compared with PC-driven equivalents like the HTC Vive and Oculus Rift.

Now, though, Sony has announced a revised design which brings with it a couple of notable improvements - the biggest of which is support for connection to high dynamic range (HDR) displays. '[An] updated Processor Unit that supports HDR pass through [is included],' Sony explains in the blog post announcing the upgrade, 'enabling users to enjoy HDR-compatible PS4 content on a TV without having to disconnect the Processor Unit in between the TV and the PS4 system. This function can be used only when the VR headset is turned off,' the post adds, which is better than the current version which needs to be disconnected before HDR content will display on the previously-connected TV or monitor.

The other changes are relatively minor: A new cable management conduit allows the headphone cables to be integrated into the headset itself, while the connection cable to the Processor Unit is described as 'slimmer, [and more] streamlined' compared to the original release model. The major features of the headset, however, remain unchanged, including its resolution and response time.

Sony has confirmed the new model will replace the existing model under the stock-keeping unit (SKU) identifier CUH-ZVR2, an increment over the current CUH-ZVR1. The new headset is to launch in Japan first and in other countries at an as-yet unspecified future date, and is not expected to cost more than the current model.

Hints at Vita successor, too.