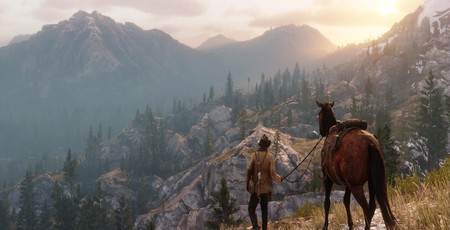 Developer Rockstar Games has confirmed that Red Dead Redemption 2, the latest in its Red Dead spaghetti western franchise, has been delayed for a second time through to October 2018 - and there's still no word of a PC port.

The sequel, in case you couldn't guess, to the well-received Red Dead Redemption, itself the successor to 2004's Red Dead Revolver, Red Dead Redemption 2 was originally scheduled for an autumn 2017 release before Rockstar pushed the title back to spring 2018 to 'ensure we can deliver the best experience possible for our fans'.

Now, though, Rockstar has announced a second delay to the launch, but is at least now confident enough in its progress to set a firm date: October 26th 2018.

'We apologise to everyone disappointed by this delay,' a representative claimed in the announcement. 'While we had hoped to have the game out sooner, we require a little extra time for polish. We sincerely thank you for your patience and hope that when you get to play the game, you will agree the wait will have been worth it. We look forward to sharing a lot more information with you in the coming weeks.'

There's still one big question the company hasn't answered, however: its plans for a PC port of the title, which has thus far only been confirmed for Xbox One and PlayStation 4. The previous title in the series did not receive a PC port, despite being based on the same engine as Rockstar's Grand Theft Auto series which has long been a staple on PC.