Valve has released an update to its SteamVR software which brings early support for asynchronous reprojection, but initially only if you have an Nvidia GeForce GPU in your system.

Similar in concept to Oculus VR's asynchronous timewarp, Valve has been testing asynchronous reprojection in beta since late October. Designed to replace the company's current interleaved reprojection technology, which compensates for frame rate drops by rendering at 45 frames per second then generating intermediate frames, asynchronous reprojection is more subtle: occasional dips below the target frame rate do not trigger an immediate lock to 45 frames per second, resulting in improved smoothness and fewer positional issues alongside boosted performance on lower-end hardware.

For Oculus Rift users, asynchronous timewarp will still be the default mode; for HTC Vive users, updating Steam VR adds asynchronous reprojection support. In its initial public release, however, the feature is limited to those running Nvidia GeForce graphics processors and the Nvidia GeForce driver 372.54 or newer. Those with AMD Radeon graphics processors are left out in this release, with Valve not yet offering a date when support is likely to be added.

Other improvements in the latest SteamVR release include a night mode feature, less blue fringing in peripheral vision, Bluetooth driver fixes, dome projection controls, and a fix for a bug in OpenGL rendering whereby the right eye display would occasionally show an image meant for the left eye.

The update is available to download now via Steam. 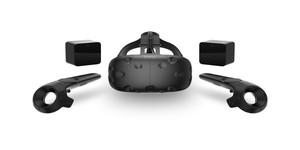 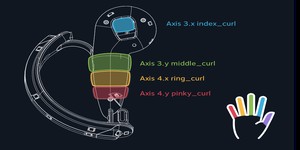