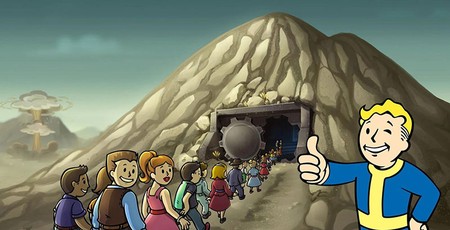 Work on Microsoft's US$7.5 billion deal to acquire ZeniMax continues apace. The Redmond devices, software and services company has recently set up a wholly owned subsidiary called Vault. It will use Vault as a merger vehicle – thus ZeniMax will be merged with and become Vault. This news came to light as Microsoft's plans to secure regulatory approval for the deal were published on the European Commission's website.

The use of the name Vault for the new subsidiary is clearly giving a nod to the popular Fallout series of games published by Bethesda (owned by ZeniMax). Furthermore, the name implies that the various ZeniMax IPs like Fallout, Doom, Wolfenstein, and The Elder Scrolls will be kept safe by Microsoft, and hopefully continue to be developed alongside newer titles. Already the European Commission reckons that "on preliminary examination, the Commission finds that the notified transaction could fall within the scope of the Merger Regulation," but it is reserving judgement for now. Between now and 15th Feb interested third parties can submit observations about the deal to the Commission, and by 5th March the EC will make its final decision on the Vault-ZeniMax merger.

Using a newly formed subsidiary to merge with an acquisition target is increasingly common in these huge financial dealings. Earlier this month Bit-Tech reported upon EA swallowing up Codemasters, for US$1.2 billion, and it proposed to do so via a new EA subsidiary called Codex Games. In a way it is good for both parties, retaining the overall feel of independence and providing clear to see profit-centres for investors.