Microsoft has confirmed that older games using selected forms of digital rights management (DRM) technology are not compatible with Windows 10, leaving gamers unable to run older applications without the use of third party cracks.

Microsoft is positioning Windows 10 as being perfect operating system for gamers, thanks largely to its DirectX 12 application programming interface (API) and the promise of significantly improved performance on many-core and multi-GPU rigs. Gamers with a large back catalogue of titles on physical media, however, have found that the company's latest operating system is a no-go thanks to issues with digital rights management (DRM) technology included with these games.

In a German-language interview at Gamescom, Microsoft's Boris Schneider-Johne explained that his company had chosen to disable support for selected digital rights management technology in Windows 10 for fears the software could be used as an attack vector for viruses and malware. 'This DRM stuff is all so deeply embedded in your system, and that’s where Windows 10 says "sorry, we cannot allow that, because that would be a possible loophole for computer viruses,"' explained Schneider-Johne, in a translation of the interview provided by RockPaperShotgun. 'That’s why there are a couple of games from 2003-2008 with Securom, etc. That simply don’t run without a no-CD patch or some such. We can just not support that if it’s a possible danger for our users.'

Ironically, Microsoft's decision to disable support may leave its users at higher risk of viruses: so-called no-CD patches, which remove DRM checks and allow games to run without their original media, are often used to distribute malware and advertising software. Microsoft's other suggestion, to use services such as good old games (GOG), is less likely to cause problems for its many gaming customers, but would involve paying again for titles already owned - something which will leave a bad taste in the mouths of many.

The blame cannot be laid entirely at Microsoft's feet, however - and if Schneider-Johne's claim that the decision to discontinue support for the older DRM owing to known security issues is taken at face value, the company's choice may even be seen in a positive light. Due to the manner in which DRM technology hooks into low-level portions of the system in its attempt to prevent piracy, it frequently opens up security holes for attackers to exploit. SecuRom, one of the affected DRM systems, was responsible for an escalation of privilege attack against Windows in 2007 and has been officially unsupported by its parent company for several years, while Sony's well-known 'rootkit' supplied with selected audio CDs for a brief but unfortunate period left systems in a similar state of insecurity. 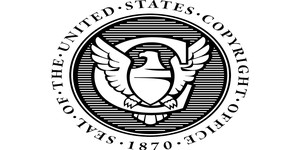