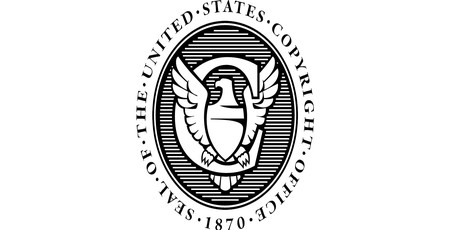 The US Copyright Office has issued a wide-reaching swathe of exemptions to the controversial Digital Millennium Copyright Act (DMCA) to support the 'right to repair,' following considerable lobbying by consumer rights organisations.

Introduced in 1998 based on two World Intellectual Property Organisation (WIPO) treaties, the US Digital Millennium Copyright Act (DMCA) is designed to assist intellectual property rights holders in protecting their creations from copying and covers everything from audiovisual recordings and software through to the act of creating a mould of a boat hull to produce duplicate copies - the latter act having been completely legal prior to the DMCA's introduction. The DMCA also introduced 'safe harbour' provisions for internet service providers (ISPs) and platforms which allow for the distribution of user-submitted content, giving them an automatic defence against a claim of copyright infringement providing the content is taken down as soon as the service is alerted to the issue.

For consumers, though, the DMCA is not a blanket good. Provisions regarding the use of digital rights management (DRM) technology, a means of preventing copying known by critics as digital restrictions management, prevent users from bypassing DRM on items they own even for otherwise non-infringing purposes such as data recovery following corruption or the repair of a damaged or faulty item. It's here that consumer rights groups have been lobbying, as part of the triennial review process, to add exemptions supporting what has become known as the 'right to repair' - and a large chunk of those exemptions have been granted this week.

In a ruling published on the Copyright Office's website early this morning, a range of exemptions have been granted: The ability to 'jailbreak' voice-recognition assistant hardware like Amazon's Echo and Google's Home families; the ability to unlock brand-new handsets, rather than the existing exemption which covered only pre-owned devices; a general exemption for bypassing protections on smartphones, home appliances, and smart home systems for the purposes of repair; the right to modify the software of a legally-owned motorised land vehicle, including tractors which had previously been locked down by manufacturers; and a right for third parties to perform repairs under the exemptions on behalf of a device's owner.

Sadly, some of the exemptions requested where not granted: 'Our game console repair petition was denied,' explains iFixit's Kyle Wiens, who presented evidence during the hearings, in his company's write-up of the ruling, 'meaning repairs of PS4 and Xbox One systems are going to stay expensive. Products that are not "smartphones, home appliances, or home systems" or "motorised land vehicles" are excluded. So boat and airplane owners are still out of luck. An exemption request by [Andrew] Bunnie Huang and EFF [the Electronic Frontier Foundation] to bypass HDCP, the copy protection on HDMI, for the purposes of expanding the TV ecosystem was denied.

'We are going to continue to have trouble making repair options available for Xbox and PlayStation optical drives because they’re cryptographically programmed at the factory. We asked for the ability to pair a replacement drive with an existing console. But the Copyright Office declined, stating that "in many cases, manufacturer repair services will be widely available and adequate." On behalf of gamers in rural communities around the country, I respectfully disagree.'

Wiens also points to an issue in the law preventing '"trafficking" in circumvention tools,' meaning that while the new ruling allows consumers and repair shops to bypass DRM and other restrictions to repair selected items it does not allow them to buy or sell devices and software that would allow them to actually carry out said bypass. 'Now that circumvention is required to perform repairs, and most repairs benefit from tools, we need to open up a market for developing and selling those tools,' Wiens opines. 'Legislation like Congresswoman Zoe Lofgren’s Unlocking Technology Act would provide the clarity that tool developers need. It would also be helpful for service providers to codify the ability of third-parties to perform service.'

The full ruling is available on the Copyright Office website.