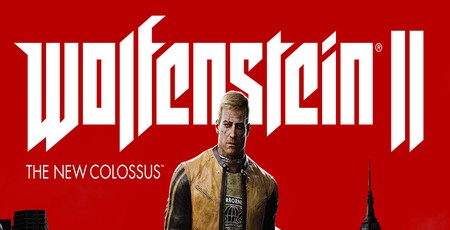 Developer MachineGames has released official system requirements for upcoming zombie-slaying shooter Wolfenstein II: The New Colossus, including the promise of a wealth of PC-specific settings and tweaks from out-of-the-box ultra-widescreen support to Vulkan compatibility.

The follow-up to 2014's Wolfenstein: The New Order, via expansion pack Wolfenstein: The Old Blood, MachineGames' Wolfenstein II: The New Colossus promises to take the Nazi-blasting alternate-history sci-fi epic to new heights - and our preview earlier this year suggests it won't land too far off the mark.

For those looking to pick the title up on Windows, though, it's worth looking over the system requirements released by developer MachineGames via publisher Bethesda this week before splashing the cash. The minimum system capable of playing the game: an Intel Core i7-3770 or AMD FX-8350 or better, Nvidia GeForce GTX 770 4GB or AMD Radeon R9 290 4GB or better, 8GB of RAM, and a 64-bit installation of Windows 7, 8.1, or 10 - although those with AMD graphics cards won't be able to run the game on Windows 8.1, as AMD has pulled driver support for that operating system.

Anyone wanting to turn up the graphical settings will need, MachineGames states, an Intel Core i7-4770 or AMD FX-9370 or better CPU, Nvidia GeForce GTX 1060 6GB or AMD Radeon RX 470 4GB or better GPU, and 16GB of RAM. Additionally, either system will require a whopping 55GB of free storage space plus a Steam account and active internet connection to install and activate the game.

The Windows release, MachineGames claims, comes with a wealth of options which elevate it from a simple port from the console version. Chief among these are support for the low-level Vulkan API with particular application to AMD's Vega graphics processors, a range of anti-aliasing options, support for a variety of aspect ratios from classic 4:3 through to ultra-widescreen 21:9, Ultra HD resolution support, adjustable field of view (FOV) from 70 degrees to 120 degrees, and the ability to adjust various visual settings including lights, shadows, directional occlusion, reflections, motion blur, deferred rendering, and resolution scaling. Additionally, the game will come with colour-blind modes including settings preconfigured for those with protanopia, deuteranopia, and tritanopia.

Wolfenstein II: The New Colossus launches on Xbox One, PlayStation 4, and Windows on Friday. 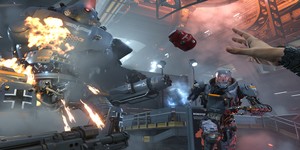 We get our hands on the latest Wolfenstein