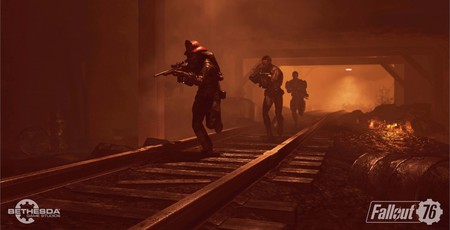 Bethesda has raised the ire of its long-suffering Fallout 76 player base with the announcement of Fallout 1st, a £100-a-year subscription to the massively multiplayer game which brings with it the long-awaited private server feature - along with in-game goodies which could be seen as pay-to-win.

Fallout 76, the first massively multiplayer online entry in the Fallout franchise since the cancellation of Interplay Entertainment's Fallout Online in 2012, has not had a smooth launch. From a wealth of bugs which go beyond even those expected of a Bethesda title - including, at one point, a beta which upped and deleted its own 50GB installation and required users to re-download it in its entirety. The game's biggest flaw, however, is a microtransaction system which started off offering exclusively cosmetic items before branching out into items which gave paying players an edge - despite the game being launched as a full-price buy-to-own title, with no plans to make it free to play.

Since its somewhat cold reception, Bethesda has been working to build Fallout 76 into something people may actually want to play - including the promise to populate the somewhat empty environments with non-player characters, missing at launch. Its latest move is to offer private servers, in which up to eight players can explore and scavenge without worrying about griefing from third parties - but the feature will come at a cost and bundles what are arguably pay-to-win advantages.

Dubbed Fallout 1st, Bethesda's subscription service charges £11.99 per month or £99.99 a year - a questionable sum for private server functionality. To tempt players into subscribing, Bethesda has also announced that subscribers will receive bonuses including various exclusive cosmetic items plus an Scrapbox storage locker for in-game crafting components which removes the game's artificial upper limit on their storage, a monthly supply of in-game Atom premium currency, and a Survival Tent item which unlocks fast travel from any location. In short: Subscribers will have a considerable advantage over non-subscribers.

Players have reacted to the announcement poorly. 'Why did Bethesda go back on the promises made before the game was released that there would not be anything sold that was pay to win,' one asks in the comment section of the company's website. 'Lots of people made their decision to buy this game based off those statements. We were told that the game stability could not handle larger camps or stash amounts. Now we see that was also false. It just required more money from the player.'

'Before you add this utter trash, shouldn't you all be focusing on fixing the plethora of bugs,' asks another. 'I would have been happy to pay for expansions rather than expect it free but this,' adds a third. 'No way will I be beholden to a subscription to run a private world I can't even mod or change the ruleset on... that's the entire point of private worlds.'

More information on Fallout 1st is available from the official announcement.