Bethesda Softworks has failed in an attempt to get a court injunction that would stop Interplay from selling the old Fallout games.

Interplay were the original publishers of the Fallout series until Bethesda bought the rights and released Fallout 3. Bethesda licensed some of the rights back to Interplay under certain conditions and allowed Interplay to work on a Fallout MMO providing certain deadlines could be met.

The two companies have fallen out over the sale of the older games in the series, with Bethesda saying that Interplay doesn't have the relevant rights any longer. Bethesda specifically objects to Interplay selling packs of the older Fallout games under titles such as Fallout Saga, Fallout Trilogy and Fallout Collection.

According to leaked court documents hosted at a Fallout fansite though, a US judge has supported Interplay in the dispute and clarified that Interplay is free to sell those pack.

It's also been revealed that Interplay is continuing to work on the Fallout MMO, currently known under the name of Project V13.

Interplay and Bethesda haven't yet commented on the issue officially and it's unclear if this legal dispute at all affects the ongoing development of Project V13. 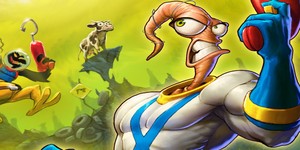