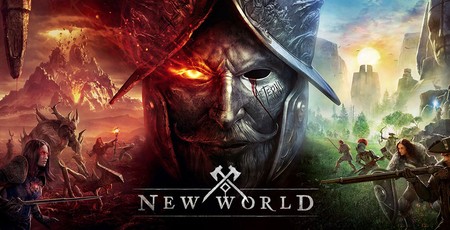 Amazon hopes to gain valuable server testing and user-feedback during the Open Beta, to help ensure the scheduled 28th September launch happens without any major setbacks. On the game's official news blog, the developers say that during the previous Closed Beta "we ran into both server issues and over-population resulting in queue times, preventing some players from being able to experience the danger and beauty found in Aeternum". The upcoming Open Beta will be accessible via the Steam Playtest tool, on the New World Steam page. When you visit this page, you can request Open Beta access, but you can only gain access from the day before (24 hours before) the start of the Open Beta period.

Amazon's games development reputation was a bit tarnished with the release of the New World Closed Beta last month. We saw a PR disaster unfold as multiple reports of failed/bricked graphics cards were shared on social media. It seemed like EVGA cards with powerful GPUs such as the RTX 3090 were more susceptible to shutdown and failure issues when running New World. Thankfully, EVGA began offering speed-bump free RMAs for those affected and produced a firmware update to try and avoid any more issues. Amazon also released a New World patch to prevent GPUs running at uncapped frame rates in game menus.