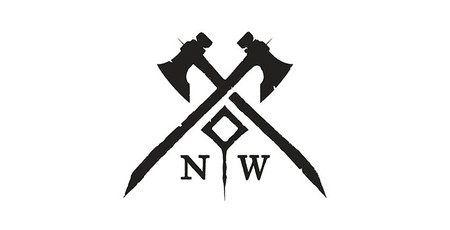 Last week we saw a bit of a PR disaster unfold for EVGA/Nvidia/Amazon. However, as time has passed, and more information has been shared by relevant and affected parties, the issues needing tissues aren't as clear-cut as they initially seemed. In brief, playing Amazon's New World MMO on an EVGA branded GeForce RTX 3090 probably isn't going to get you into trouble - with a bricked card - especially if you have patched the game and set a global frame rate limit for your GPU. After the initial reports of bricked RTX 3090s reached a weight significant enough to be noticed by the tech media, Amazon stepped up to issue an update on Thursday, despite assuring users that the game was safe to play, patch or no patch. "We have implemented an update to reduce GPU load in menu screens by clamping FPS," wrote an Amazon rep. Some early bricked graphics cards victims and social media commentators had speculated about the uncapped frame rates in the game menus causing the hardware issues.

At this point in the timeline, EVGA representatives only said they were monitoring the situation – so were probably investigating the game and waiting for customer contacts. Sometime on Friday, EVGA got in touch with PC Gamer to confirm that any graphics card killed by New World would be replaced. Better than that, it appears to have cross shipped new GPUs to those who have completed the RMA request – i.e. it wasn't waiting to receive the faulty card in order to ship out a new one. There is even now a dedicated 'New World' pull down in the reasons for instigating a return.

So, there we have it – Amazon issued a patch, and EVGA is quickly replacing fried GPUs – but as mentioned in the intro things aren't so clear-cut. First, there are other GPUs that have been prone to "shut downs and failures," according to YouTuber JayzTwoCents and his considerable audience. He asserted that other GPUs tripped up by Amazon New World include the AMD Radeon RX590, 6800, 6800XT, 6900XT, and Nvidia GeForce RTX 3080Ti, and 3090. The info wasn't that satisfying without a failure rate chart.

A deeper, more technical analysis of the observed problems is provided by Igor Wallossek, from Igor's Lab. Wallossek tested the issue using the EVGA/New World combo, and has seen similar run-away FPS and cooling fan craziness in other games, like Anno 1800, said to be a particular problem for EVGA's "misconstructed fan controller". The Igor's Lab supremo concludes that while EVGA is right to customers offer a fast and smooth RMA - it has little choice, as it is clearly at fault. He added that EVGA should issue a firmware update before another beta test game causes similar issues. Lastly, Wallossek advises readers to set a frame rate limit  in line with their monitor's capabilities – which will also save energy and reduce the potential for coil whine.