You might sometimes feel that you're addicted to the Internet, but would you part with almost £9,000 to cure yourself?

As reported over on Ars Technica, a rehabilitation centre in Washington is hoping the answer is a resounding "yes" with its first 12-step programme for those addicted to the wonders of the web. Those suffering from Internet Addiction Disorder are welcomed to the Heavensfield Retreat Center for the reSTART course.

During their stay, addicts are treated to counselling from professionally-trained staff, group therapy sessions, vocational coaching, a full 12-step programme, a range of 'offline' recreational activities - including health and fitness programmes and the "high adventure" outings - psychiatric assessments, and medical treatment for the inevitable maladies that come with being addicted to the 'net.

All this goodness doesn't come without a cost, however: the Center is looking for a rather steep $14,500 (£8,900) for entry into the programme. If you've spent the last of your money on timecards for World of Warcraft then you're likely to be out of luck: the programme is unlikely to be available on the NHS any time soon.

The concept of addiction to the Internet isn't without its detractors, of course: while many consider Internet addiction to be just as legitimate as addiction to drugs, others believe that the problem is so serious - with one 2006 report alleging that between five and ten percent of 'net surfers having suffered neurophysiological signs of addiction - it needs categorising as an official disorder in the US Diagnostic and Statistical Manual of Mental Disorders V handbook.

Have you ever felt an addiction-like need to use the Internet, or can you quit any time you want? Do programmes like reSTART really offer anything beyond a way to part fools from their cash? Could Internet Addiction Disorder become the alcoholism of the 21st century? Share your thoughts over in the forums. 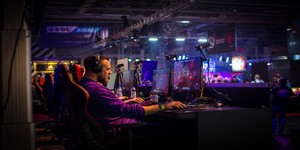 The head of Europe's first games addiction clinic has admitted that gaming addiction isn't really an addiction per se.