We’ll be honest; we never expected to be sat here writing this article. It was one of those pub conversations, you see, one of the ones that is purely speculative and starts with the words ‘Wouldn’t it be cool if’.

It was a thought prompted by this video, which was released by LEGO in the middle of last year and swiftly spread through our offices to assorted coos of delight and desire. ‘A LEGO Super Star Destroyer; how cool’ we all thought, ‘just look at the size of it too, I bet that’d take aaaaages to build’.

Click to enlarge
Like so many of those ‘Wouldn’t it be cool if’ pub conversations though, it ultimately came to nothing; it was forgotten the next day in favour of the latest cat video or Fail Blog link sent round. You can’t keep a good idea down however, so, prompted by another LEGO Star Wars kit gratefully received for Christmas, the idea of building the largest model that LEGO have ever sold came round again.

Unfortunately things didn’t initially look good - a quick conversation with LEGO’s UK PR agency informed us that only ready built Super Star Destroyer kits were available for photo shoots. Apparently most publications didn’t have the time to actually build the kit, they just needed a completed model to take a picture of, then they’d write something based on that. This is clearly not the bit-tech way. Click to enlarge
We kindly declined the offer of a ready built model and stared wistfully at the ceiling for a while thinking of what could have been - oh well, it wasn’t to be, we thought.

It was ten days later when Corinna (lovely, wonderful Corinna) from the PR company got in touch to say that, somehow, she seemed to be in the possession of a boxed up, never opened LEGO Super Star Destroyer kit. Did we want it for review she asked? Yes, we replied in an email liberally sprinkled with exclamation marks, we wouldn't mind it. 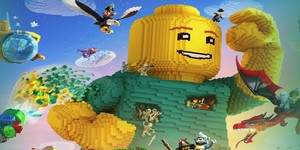 LEGO is launching a range of kits that will work in conjunction with mobile devices.