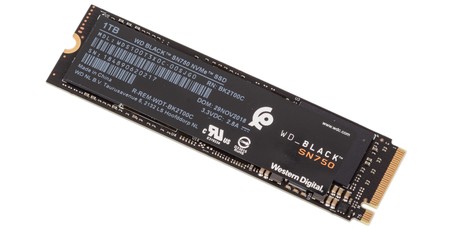 As we enter a rare lull in the market where there are no major CPU or GPU launches immediately around the corner, we can finally turn our attention so some of the less headline-grabbing products that have been gathering dust in the review pile. One such product is WD’s high-end consumer SSD offering for 2019, the Black SN750. Sporting the same hardware as last year’s offering, it nevertheless comes with improved speeds as a result of firmware tweaks. It also has better software and a revamped marketing push towards the gaming crowd, so we figured it was time to take a proper look. 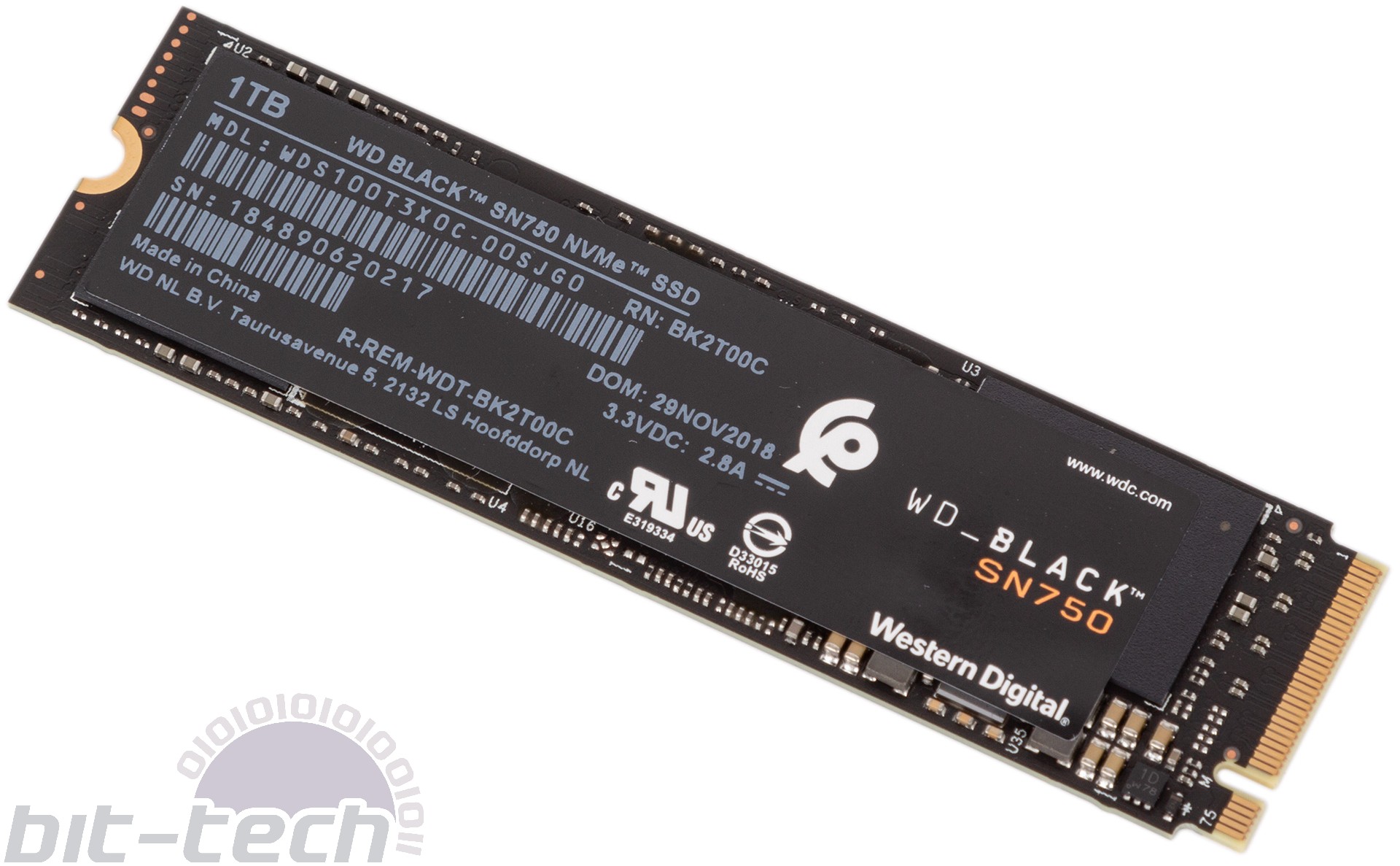 WD has kept things simple in terms of form factor, with the Black SN750 being available as a single-sided 2280 M.2 SSD only – finding a motherboard that supports it will be easy. Being single-sided is also good for cooling, as it means all components can be cooled directly when using M.2 heatsinks, which can make a big difference to thermals in sustained workloads.

Presently 250GB, 500GB, and 1TB capacity models are easy to find, but a 2TB drive is planned as well. Furthermore, heatsink-equipped versions of the SSD will be coming for 500GB and above, with WD keen to emphasise that cooling specialist EK Water Blocks is responsible for the heatsink design. These versions should be available very soon, but given that most motherboards now come with M.2 heatsinks, it's easy to see them holding niche appeal.

SATA’s speed limitations have long been surpassed, and the WD Black SN750 takes full advantage of its PCIe 3.0 x4 NVMe interface with speeds in excess of 3GB/s. Performance peaks in the 1TB model which conveniently enough is the one we have for review. Going solely by the claimed performance, sequential read and write have increased by 70MB/s and 200MB/s respectively, while random read and write performance has improved by 15K IOPS and 160K IOPS at this capacity. The slight drop in performance for the 2TB one is likely to do with the added complexity of dealing with the very high capacity NAND dies needed for this SKU. We understand that WD will not be delivering firmware-based speed improvements to existing customers of the previous-gen drive, sadly.

Corsair’s MP510 SSD has even higher claimed performance at the equivalent capacity, though, and we’ll be comparing WD’s performance with Corsair’s 960GB drive in the review. WD does at least appear to have Samsung’s 970 Evo 1TB beat on paper, but we can’t verify this on account of not having a sample of that drive available.

WD is using its in-house, eight-channel NAND controller that made its debut last year. The NAND is also an in-house venture, allowing for strong vertical integration, a technique which has allowed Samsung to enjoy plenty of success in the SSD market. Specifically, the NAND is SanDisk’s 64-layer 3D NAND (SanDisk is owned by WD, remember). Such an approach makes it easier for WD to optimise the controller and firmware specifically for the intricacies of its own NAND. For caching, though, WD is using a 1GB DDR4 (not LPDDR4, oddly) module from SK Hynix.

The WD Black SN750 is backed by a five-year warranty, the same as you can expect from Corsair and Samsung. WD has targetted the latter with its endurance ratings, with 600 terabytes written (TBW) being exactly the same as Samsung’s 1TB 970 Evo. Corsair’s 960GB MP510, meanwhile, carries an even more impressive 1,700 TBW rating – almost triple what you get here.

Hoping to woo over the gaming audience with its marketing, WD offers a 'Gaming Mode' that disables the drives low-power states to avoid latency caused by the initial ramp up of the controller. Sounds good, but realistically we're not expecting this to make any practical difference. The WD SSD Dashboard software is clear enough for easy use and provides the usual set of monitoring and diagnostic tools as well as firmware updating and drive erasing capabilities, although Samsung’s suite is more refined still. The Gaming Mode is activated via a simple toggle, but note that it requires a system restart to activate. 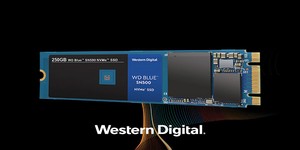