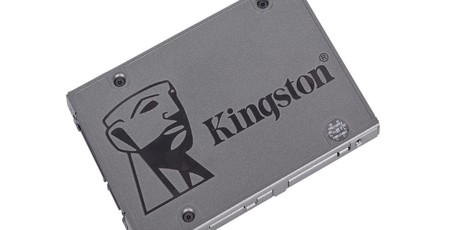 While there’s a wide variety of 2.5” SATA SSDs on the market, for quite some time now most have fallen into one of two categories: value or performance. Even then, new performance drives are rare, as there’s simply not much more you can get from the SATA standard than has already been eked out by dominant players like Samsung; performance nowadays is all about PCIe NVMe drives. However, the value category continues to thrive, as anybody in their right mind that’s building a new PC will want to have an SSD, plus you get continued interest from those looking to upgrade older HDD-based systems. It’s into this segment that the £100 UV500 480GB from Kingston falls.

At about 18.5 pence per gigabyte, the UV500 is already excellent value. It’s not alone here (e.g. £90 for Crucial’s MX500 500GB), but there aren’t many drives that can match that value. As such, while it offers nothing we haven’t seen before feature-wise, it doesn’t need to. As long as it can match this price to performance that isn’t too compromised, it will be a winning product.

The Kingston UV500 began shipping earlier this year in a variety of form factors and capacities, as you can see in the table above. The 2.5” drive we have comes in a somewhat industrial but not bad looking metal chassis and is 7mm tall as usual. It can also be bought with an installation kit that includes drive cloning software for users looking to copy over an existing OS installation, but our £90 unit is the standalone one.

The UV500 is based on the Marvell 88SS1074 controller, used in Crucial’s MX300 range and others. This four-channel controller is fairly old, having first appeared in drives in 2016, but it nonetheless supports important features like the ultra low-power DEVSLP function, and it has both 256-bit AES hardware-level encryption as well as TCG Opal 2.0 support.

While we know that Kingston is using 3D TLC (triple-level cell) NAND as expected for so cheap a drive, more detailed specifications are not confirmed, and the use of tamper-proof screws on the chassis prevented us from gaining access without breaking it. Kingston refused to elaborate when asked, stating: ‘If journalists base their review on one build it may not be reflective of what we build later. It might be worth pointing out that of course we will always ensure that performance characteristics meet or exceed the published figures.’ This makes it likely that different capacities or different batches of drives may be using different NAND dies, but the take-home message is that it doesn’t really matter. Similarly, we were unable to unearth any information about what DRAM cache is installed on the drive.

Triple-level cell NAND is so-called because it stores three bits per cell (up to eight possible binary states). This makes it complicated and slow to write to, however, and a common means of combatting this is having the controller treat a portion of the NAND as single-level cell for faster writes and then flush this data to the “proper” TLC during idle periods. The bigger the cache, the longer high write speeds will be maintained. Sadly, this is again not detailed here, but a simple write test confirms that some sort of cache is in place. We were able to write about 10GB of data at speeds above 450MB/s, but after this it started to fluctuate between roughly 150MB/s and 170MB/s (typical of direct-to-TLC writes), so this is worth bearing in mind if you often write a lot of data at once.

The UV500 is supported by Kingston’s SSD Manager software which can be used to apply firmware updates, secure erase the SSD, and manage encryption amongst other things.

A five-year warranty is great to see on an SSD at this price, and the terms cover a decent amount of data writes. For example, you could write up to 110GB per day for the full five-year period with our 480GB sample and still be covered. 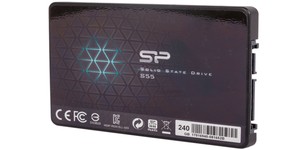