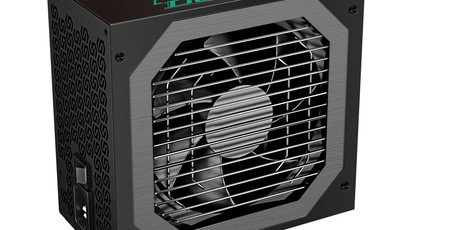 Deepcool has made a name for itself as a provider of solid chassis and cooling at reasonable prices. The large-volume Chinese manufacturer has also branched out into power supplies and is now coming to market with an updated range which harnesses 80 PLUS Gold efficiency, 10-year warranty, and fully-modular, flat cabling. In short, it's a supply for the DIY builder masses, and we're taking a look at the 850W version officially named DQ850-M-V2L.

Also available in 650W and 750W (also in white) capacities, the value argument is only reasonable at Deepcool's £120 MSRP for this range-topping capacity. That's in line with the likes of the Corsair RM Series 850W, Antec HC850G Gold, and the EVGA GQ Series 850W. Deepcool is lately positioning itself as a match for established brands, rather than trying to undercut them, and such thinking is firmly in evidence here. 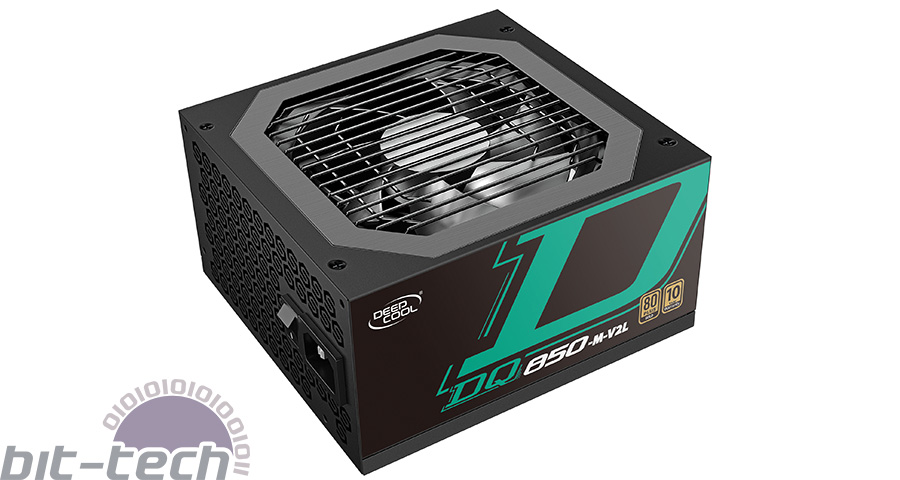 A couple of things are striking from the off. Gone is the overt Gamer Storm branding of this supply's immediate predecessor, DQ850-M, though other similarities remain. The chassis measures the same 150x160x86mm (WxLxH) and carries the same octagon-shaped ventilation section for the 120mm fan. The aesthetic is largely inoffensive other than that huge D on the side. The logo is repeated on the other side, too, so it may prove to be garish for those of you without PSU shroud covers in the chassis. We're not huge fans of the 80 PLUS and 10-year warranty labelling, either. At 1,540g, it's pretty light for an 850W PSU, but even so, build quality is good all round. There's no RGB, which is a good thing in our book.

The fully-modular ports are identical to the DQ850-M. That does mean anyone wanting to use both supplied CPU (EPS) connectors will have to populate the VGA/CPU port in the middle of the lower row. It makes more sense to have that moved over to the right, closer to the motherboard, for a cleaner look. There's a decent amount of room around each port - something that's not always the case - and there's a satisfying click as you engage and disengage the flat cables into the ports, though we would prefer it the lettering on the chassis was larger - it's not as visible as the picture suggests. 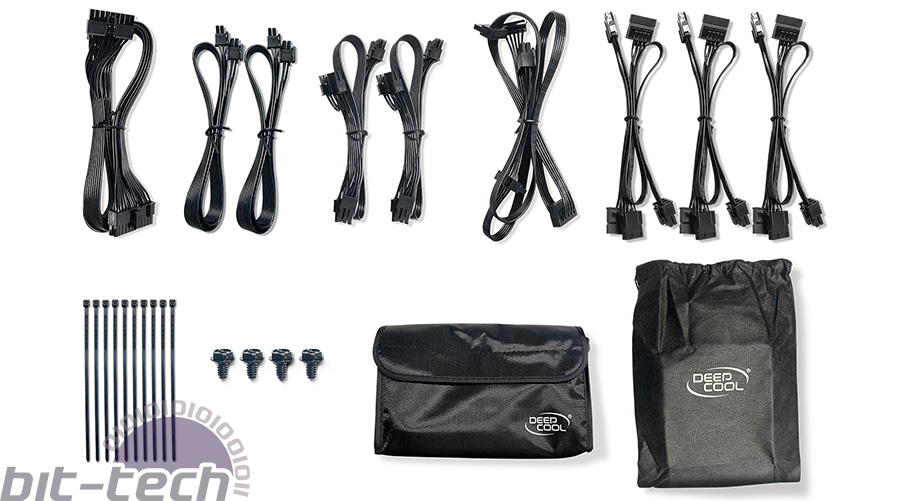 Presentation is solid for a mainstream PSU. The modular supply comes in its own dust bag, the various cables in another, and cable-ties and screws finish off the package. Being picky, we'd prefer Velcro ties instead.

The main 24-pin ATX, dual EPS, and dual PCIe (four 8-pin connectors in total, which is a tad stingy) cables are all 18AWG whilst the peripheral set is all thinner 20AWG. We reckon that Deepcool ought to extend the main ATX's length from 550mm to a minimum of 600mm for bigger chassis. Other lengths are generally fine. 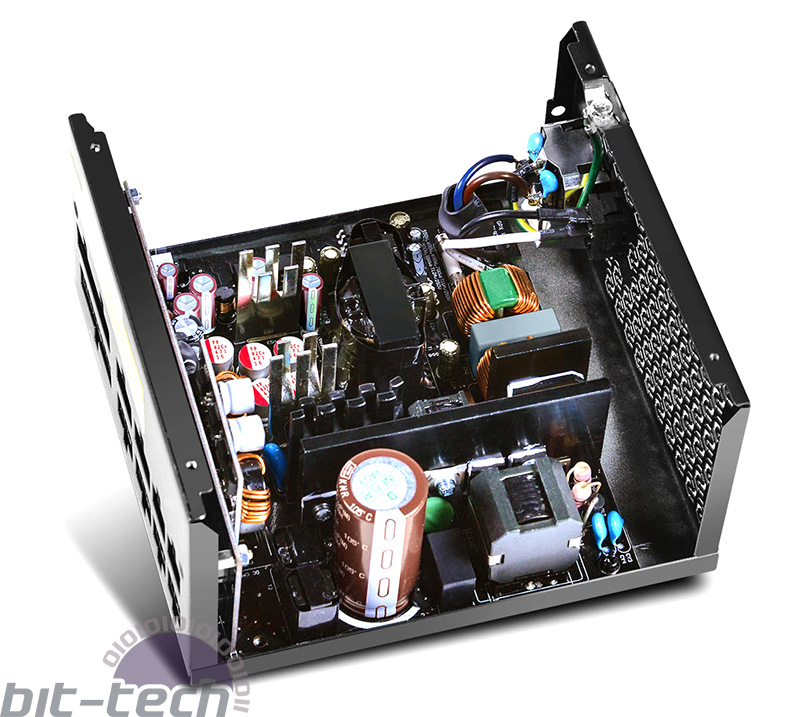 Inside, Deepcool uses the ubiquitous Hong Hua HA1225H12S-Z 120mm sleeve-bearing fan. It's a shame it isn't a fluid-dynamic bearing model, particularly as the company is going after the premium end of the market. No maximum speed is given, but going by other units, it ought to be able to hit 2,200rpm at full chat. Interestingly, Deepcool refrains from implementing a silent mode at low loads, preferring instead to have it spin at 900rpm or so at up to 75 percent of total capacity, then ramping up gradually to 2,200rpm. Having used zero-RPM-mode fans for a while, we'd prefer the DQ850-M-V2L to go down this path. The persuasive counterargument is that the fan cannot easily be heard even in a quiet PC.

Deepcool continues to use Channel Well Technology (CWT) as PSU manufacturer, with this one based on the new GPX platform, so no obvious problems on that front. Soldering is clean, the PCB is actually small, so much so that a 20mm shorter chassis could have been used, making it a better fit for SFF chassis. Filtering is good, Japanese caps are used, and the DC-to-DC topology ought to offer good voltage control for the lesser lines. One change from the DQ850-M is that now the supply shunts all its 12V power down a single rail, as opposed to two. One area in which this supply is not as good as its immediate predecessor, however, is with operating temperature, which is dropped from an ambient 50°C to 40°C here. No problem in cool climates and well-ventilated chassis but we'd obviously prefer the higher spec.

With such an abundance of choice, the DQ850-M-V2L needs to do well in benchmarks for consideration in your next build. Let's see if it does that as we stack it up against some of the aforementioned competition.