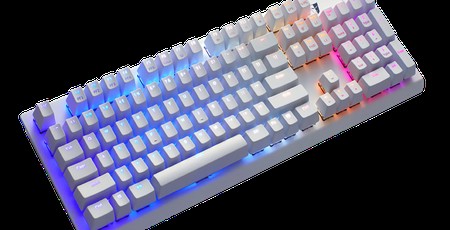 Having already reviewed the original Tesoro Gram Spectrum as well as one of the company's Special Edition (SE) models, there isn't much surprising about the Gram SE Spectrum, but it's definitely worth a look if you're after a premium keyboard. The keen-eyed will immediately notice the US layout; Tesoro is hopeful for a UK layout for 2018 launch, but sadly at this time nothing is confirmed.

We've been furnished with a white sample that we're rather fond of, but black is also available. We do wonder how long it will take before dirt and debris become a problem for the white one, but it does stand out and gives the RGB lighting a pleasant glow. The thick, braided, detachable, 1.8m USB cable is also white to match. This connects to a simple mini-USB port on the back of the keyboard; there is no pass-through functionality.

If you are worried about accumulating dirt, you'll be happy to note that the Gram SE Spectrum carries IP56 certification, which means it is officially protected against dust and powerful water jets (12.5mm nozzle). Essentially you can wash it, and it should be fine. It should also be protected against the ways of clumsier gamers, even coming with built-in drain holes in the bottom of the chassis. The PCB has an anti-particle and spill-resistant coating, while the Tesoro Optical swtiches are water-resistant and don't include metal components prone to rust.

The Gram SE Spectrum has a refreshingly simple design with just the Tesoro logo and three indicator LEDs blemishing the metal top-plate. The raised keycap design is now a classic, but it doesn't feel dated. Everything feels well crafted, and the 1.2kg weight is testament to this. Rubber on the bottom keeps it gripping your desk, and the flick-out feet are tipped as well, so friction isn't really reduced if you like a sharper angle.

Included in the box is a keycap puller for easy removal and cleaning. The Tesoro Optical switches use plungers that match the classic Cherry MX design, so the Gram SE Spectrum has broad compatibility with aftermarket custom keycaps.

What's less common is the switch puller. Tesoro Optical switches work by breaking the path of an IR beam that shines through them. The beam, the receiver, and the LED are all housed in the protected PCB and simply shine through the switch above, so there's no electrical contact between the two. As such, you can simply squeeze two tabs in and pull the switch out completely and then replace it with a different type. Tesoro currently has Red and Blue varieties with characteristics the same as their Cherry equivalents, and with our Red sample we received four Blue switches, so you could swap WASD to these more tactile ones if you chose. It's probably not something many will do, but it's clearly an advantage for optical switches generally. It would be cool if more switches were compatible to allow for full board customisation without resorting to soldering a load of switches, but the technology will need to take off more before this happens.

With regards to how the switches perform, I found them to be excellent and every bit as good as Cherry equivalents. You might disagree, of course, or you might not like Red switches generally, so it's worth trying them out if possible if you think you might, but I would happily switch to these for daily use.

The keyboard is powered by a 32-bit Arm Cortex CPU and has 512KB of onboard memory for storing settings; it's entirely plug-and-play, so you can program your settings on one PC and then take them to any other retaining custom functionality without having to install software. In fact, you can even do most of the programming without software, although some will understandably prefer the UI of the software – more on that over the page. 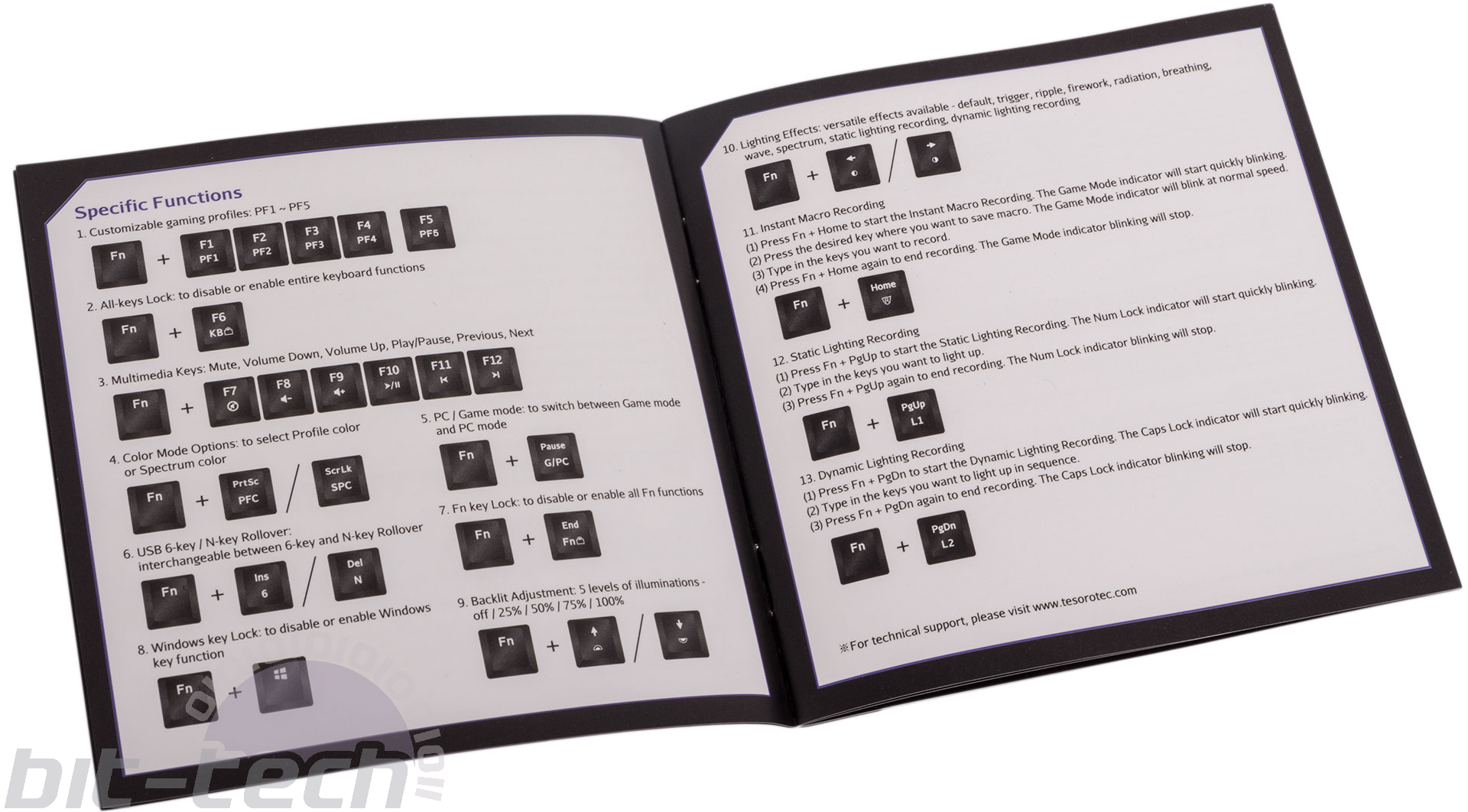 Secondary functions are accessed using the FN key as usual. Five custom profiles are accessed with F1-F5. Each one disables the Windows key by default, but hit this along with FN and you'll re-enable it while staying in that profile. You could also disable the custom profiles and revert to default with FN and Pause or lock all keys with F6 (useful for swapping switches or caps). FN and End, meanwhile, disables all secondary functions.

Volume and multimedia functions are handled with F7-F12, while Ins and Del change between standard six-key and n-key rollover.

The keyboard's lighting is full, per-key RGB. For each profile, you can pick one of ten effects with the left and right arrow keys, and for most effects you can pick spectrum colour (cycling through all colours) or a single colour, which you can only change with the software. The up and down arrow keys control brightness through four levels (and off). The LED position means that only the top part of keycaps are illuminated, but generally we found the overall effect to be high quality.

The keys in each custom profile are fully programmable, and on-the-fly recording is triggered with FN and Home. After that, you hit the key you want to program, type the macro, and finish with FN and Home again – simple. You can also control the keys you want to illuminate in the static and dynamic lighting profiles (these count as two of the ten effects) in a similar way. The manual makes all of this pretty clear, and the software can also be used instead. 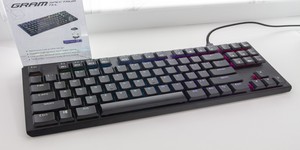 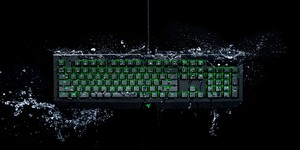 Back once again, the latest BlackWidow Ultimate includes resistance to dust and water with an IP54 rating.