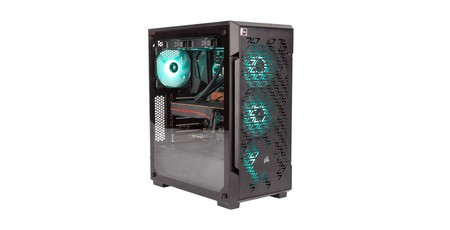 Since July, we’ve been inundated with new CPUs, motherboards, and graphics cards, but now we finally have some time to turn some attention on the prebuilt market to see how system integrators are approaching the many new parts on the market. With us today is the Novatech Elite Spectre, and it certainly has plenty of new tech inside – X570, 3rd Gen Ryzen, Navi, and a PCIe 4.0 SSD.

A £1,840 price tag makes this PC distinctly high-end, so we’ll certainly be casting a critical eye over the component choices, but Novatech is a company that has an excellent configuration engine with multiple components that can be picked as alternatives for any given build, so our primary focus will be on build quality and component integration. In other words, if you don’t like something, it’s easy to swap it, but if the company shows signs of ineptitude when it comes to assembling everything, that’ll be much harder to overlook. 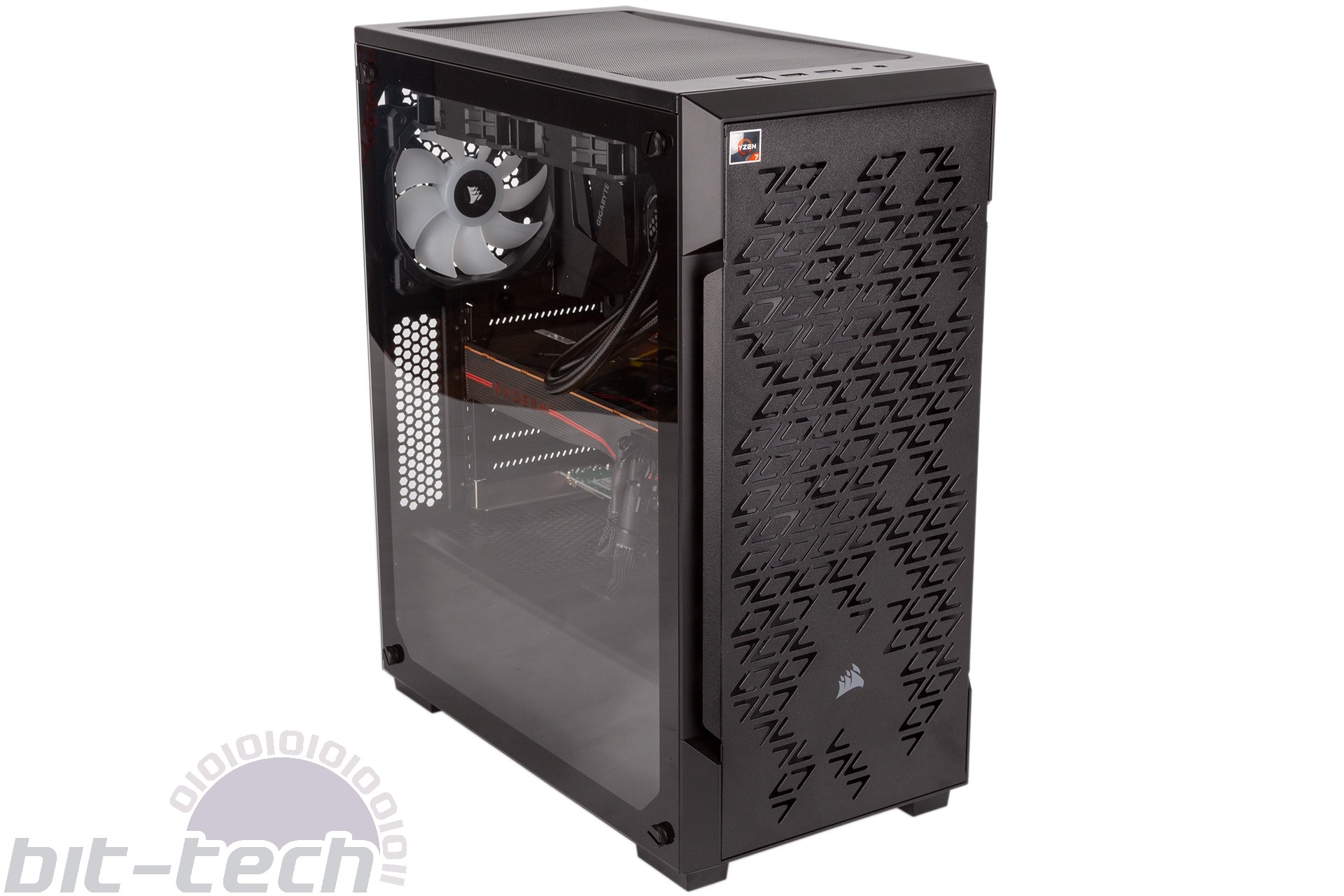 Corsair’s iCUE 220T RGB Airflow chassis is a clean and simple mid-tower with good build quality and a tempered glass side panel. It’s fully protected against dust at the top, front, and bottom, but there’s no USB Type-C connector up front, and it only has room for two 3.5” drives and two 2.5” drives. We’d prefer it if Novatech had left the Ryzen 7 badge in the box as an optional add-on as well. 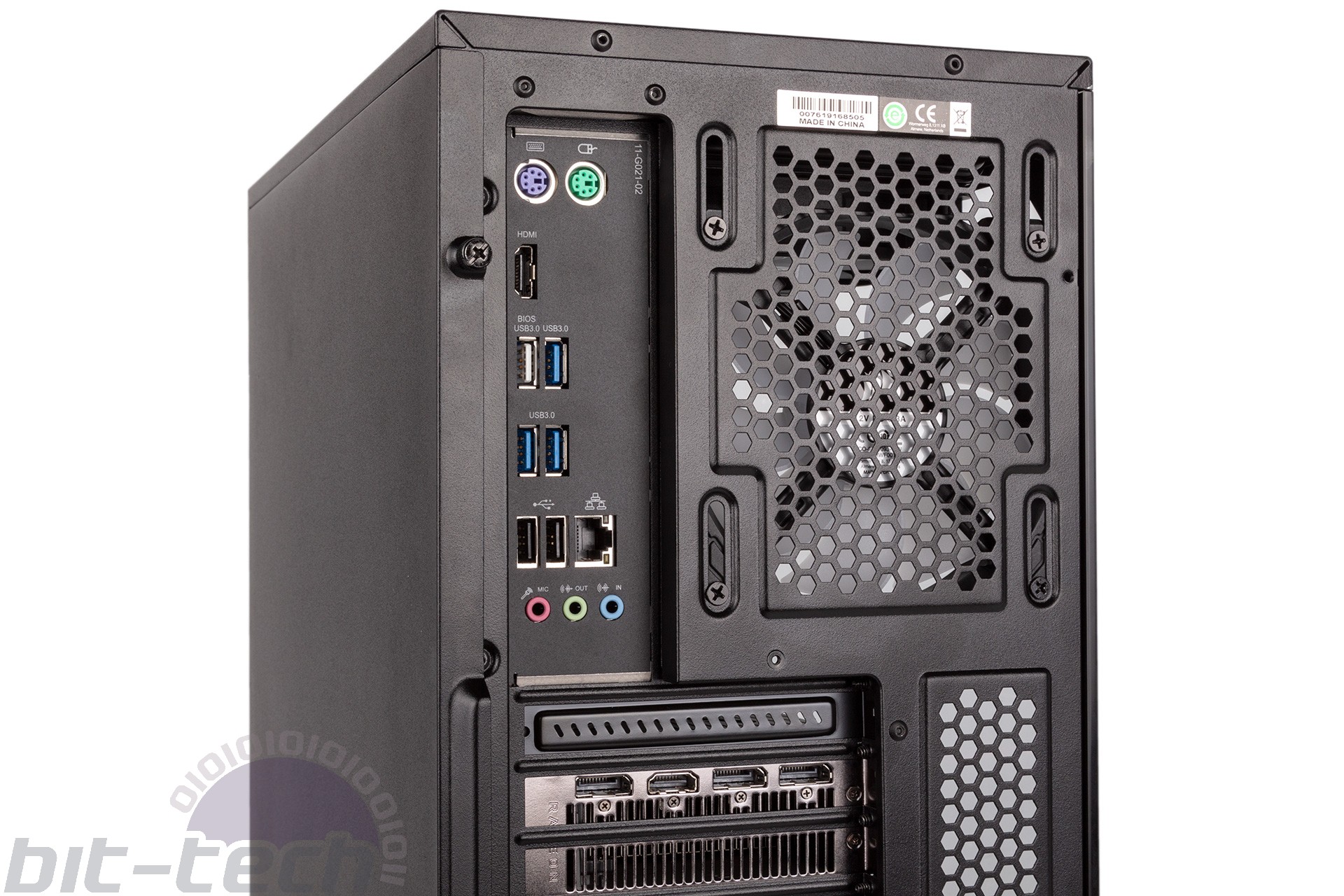 The Elite Spectre is built around the Gigabyte X570 Gaming X, one of the cheaper ATX boards available for this chipset. This means it comes with sacrifices: It lacks any form of USB 3.1 Gen 2 ports or headers, meaning this system (as presented) is absent of this technology entirely. We think this is an oversight on Novatech’s part, even if it does offer numerous alternative motherboards. The audio codec, ALC887, is also weaker than the high-end go-to choice, ALC1220, though only those with keenly tuned ears and equipment are likely to mind. It also has no RGB lighting, but Novatech makes up for this elsewhere - as you’ll see. With the system specced as it is, there are five spare SATA ports (more than the case can accommodate) and also a spare M.2 port with support for PCIe 3.0/4.0 SSDs as well as SATA ones, so no complaints there. The chipset fan is not especially annoying, and Gigabyte’s EFI grants you control of it anyway.

The chosen CPU is the Ryzen 7 3700X featuring eight cores, 16 threads, and a peak boost speed of 4.4GHz. Novatech delivers it as a stock CPU without an overclock; in years past, this would have been to its discredit, but actually the all-core clock speed ceiling on 3rd Gen Ryzen CPUs means overclocks can actually slow down the CPU in certain tasks, and we found no benefit in gaming when overclocking this CPU ourselves. There’s a small benefit to be had for content creators, but they’re better off with a higher-end CPU anyway, so overall we think this is a solid choice.

Corsair’s Vengeance LPX Black DDR4 modules are ubiquitous among system integrators, and their presence here is unsurprising. The dual-channel 16GB kit is the optimal choice and leaves two slots spare, and 3,200MHz is the fastest officially supported speed. You can upgrade to 3,600MHz for a mere £10.12, and while this will probably work in our experience, there’s no guarantee from either the board or CPU, and it doesn’t make much difference anywhere. 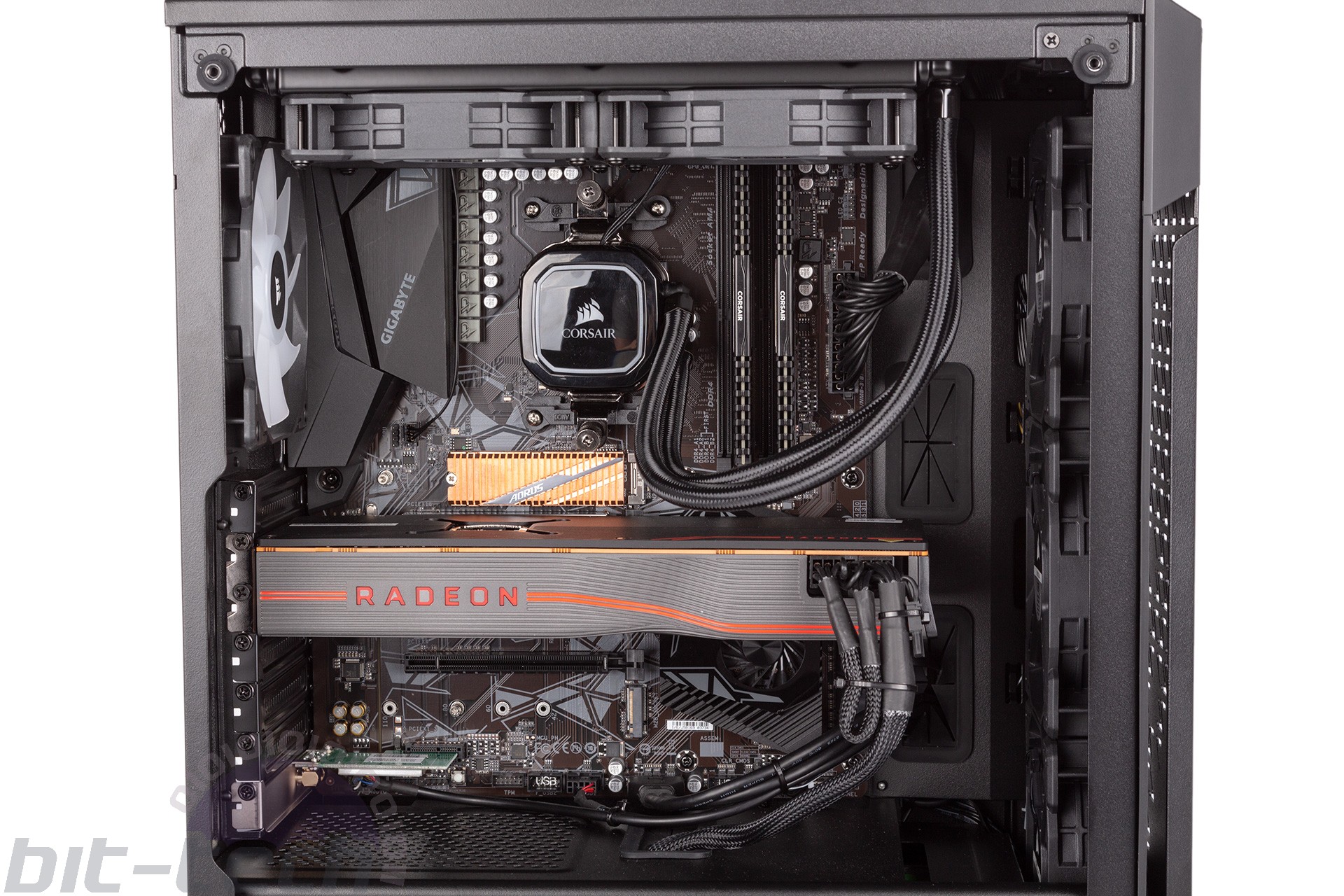 The AMD Radeon RX 5700 XT is an excellent graphics card for 1440p gameplay. It lacks the ray-tracing credentials of Nvidia RTX hardware, which is always worth remembering, but this is still a niche technology, even if it’s a slowly growing one. The reference card that Novatech uses is disastrous in terms of heat and noise, however, and you should 100-percent switch to a third-party model with an open-air, multi-fan cooler design. There are better and worse designs (good ones we’ve seen include the Sapphire Pulse and Nitro+ cards and the PowerColor Red Devil) but the main thing is to avoid the reference card. We were actually sent this system before any third-party cards were available, so we can’t really complain too much, and we’ll be recommending that Novatech updates the default configuration to one that includes a custom variant. The card does not come with an overclock in this system, but in our experience the headroom with Navi is very limited anyway.

Novatech takes full advantage of X570 by installing a PCIe 4.0 NVMe SSD, specifically the Aorus 1TB version. Capable of read and write speeds of up to 5,000MB/s and 4,000MB/s, it’s clearly blazing fast, but it’s expensive as a result, and you can save around £50 by dropping down to a PCIe 3.0-based SSD. The Aorus drive also comes with an all-copper heatsink, which stands out awkwardly. Meanwhile, a 3TB Seagate Barracuda takes up the reigns for bulk storage and brings the total capacity to a nice level for this price point. This drive is installed in the HDD cage beneath the PSU shroud and thus kept out of sight.

You also get a very basic Wi-Fi card in the bottom PCIe slot of the motherboard. We say basic, as it only meets the Wi-Fi 4 (802.11n) standard and caps out at 300Mbps. Serviceable for a home network, then, but hardly exciting or enticing when motherboards are beginning to ship with onboard Wi-Fi 6 (802.11ax). 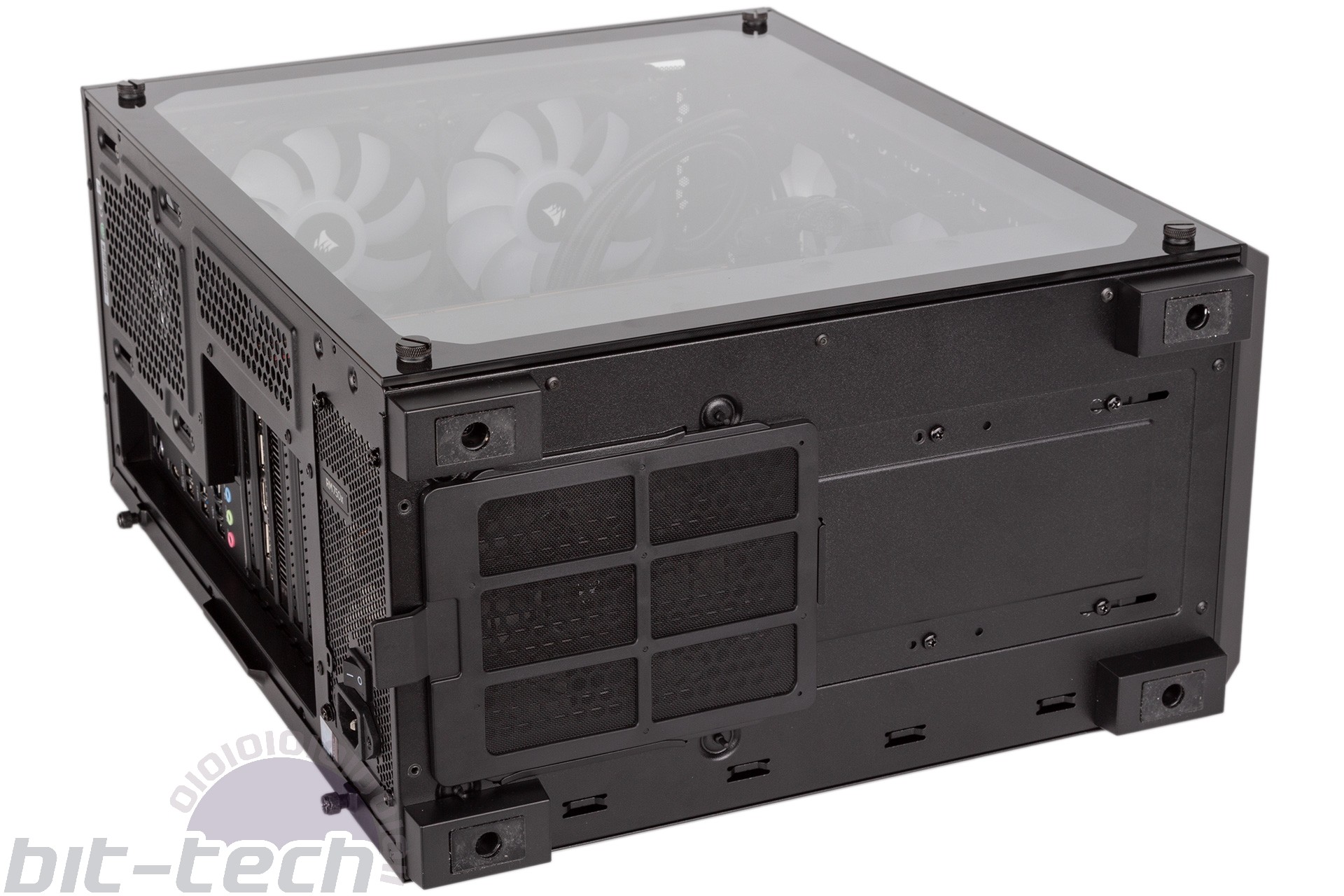 The Corsair RM750X is a solid PSU choice. It has an 80 Plus Gold rating, is fully modular, and is plenty powerful enough to cope with the chosen components even if the user decides to overclock them manually.

For cooling, Novatech has chosen Corsair’s H100X cooler, which is based on a 240mm radiator and is decidedly simple in not having RGB (just white light on the pump unit) or software-driven fan control. Nonetheless, it should be more than up to the task of cooling the 65W stock CPU. Note also that Novatech has swapped out the default 120mm fans on this and used Corsair’s SP120 RGB Pro fans instead. This makes them a match for the three front intakes that come with the case by default, and a sixth such fan is added as a rear exhaust, filling the case to capacity and making full use of its RGB hub. 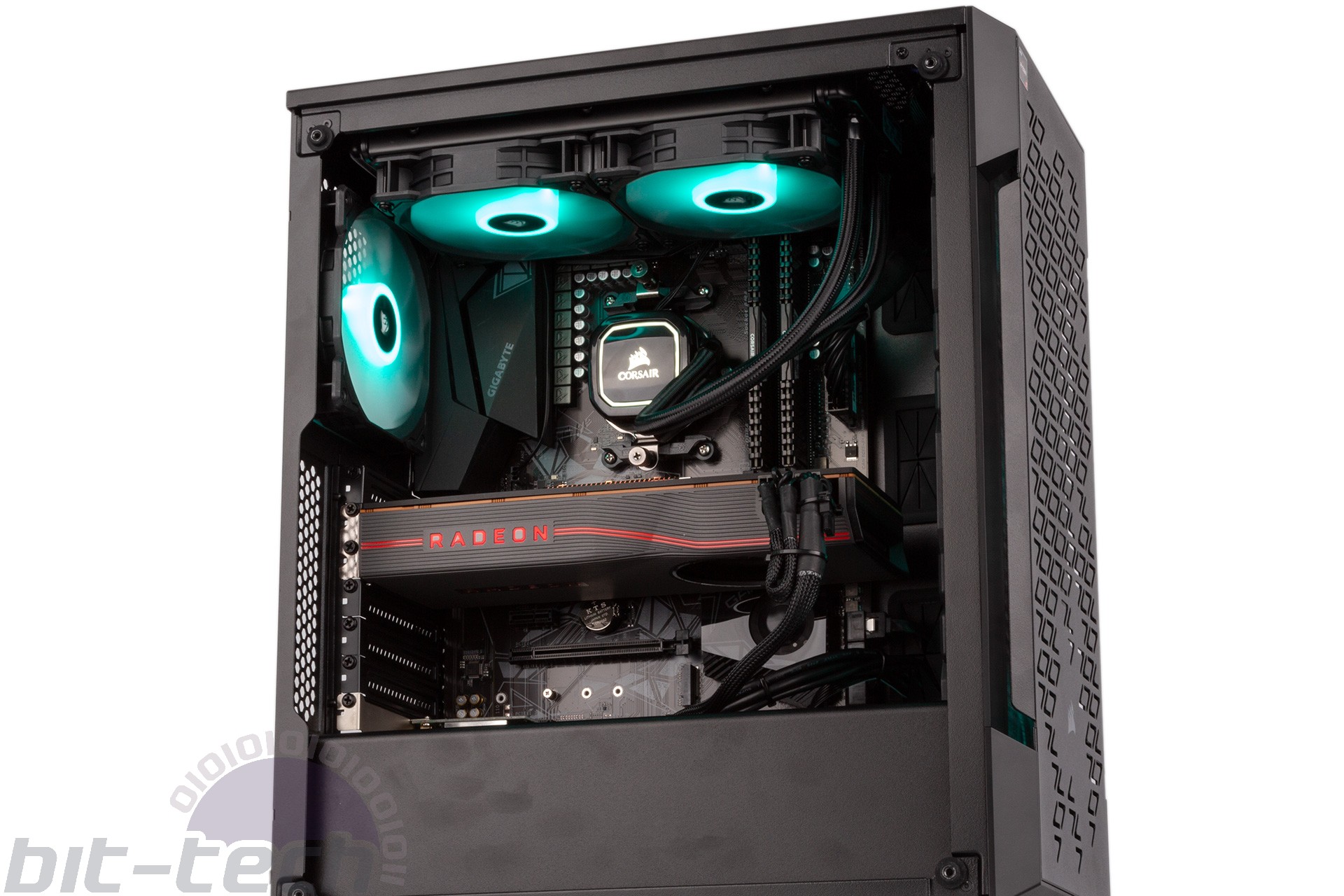 Novatech has connected the H100X pump to one CPU header and the three-pin fans for the CPU cooler to the other CPU header via a splitter. These are properly detected and controlled by motherboard, with the pump at full speed at all times and the fans dependent on the CPU temperature. The rear fan, meanwhile, is connected to a system fan header and this time controlled based on the temperature of the ‘System 1’ measurement from the motherboard. For the most part it runs quietly, so this is fine.

Sadly, the three front fans are unnecessarily fixed at full speed and far louder than they should be. Because there is only one remaining fan header on the motherboard, Novatech has used a splitter cable to power these three. That’s fine in principle, but it has used a four-pin splitter cable, which seems to “trick” the motherboard into using PWM control. However, the fans themselves are only three-pin, meaning the PWM control signal has no impact, and each of them just runs at full speed. Novatech should have done a better job tuning the excellent Gigabyte EFI to keep noise levels down when the system is idle. 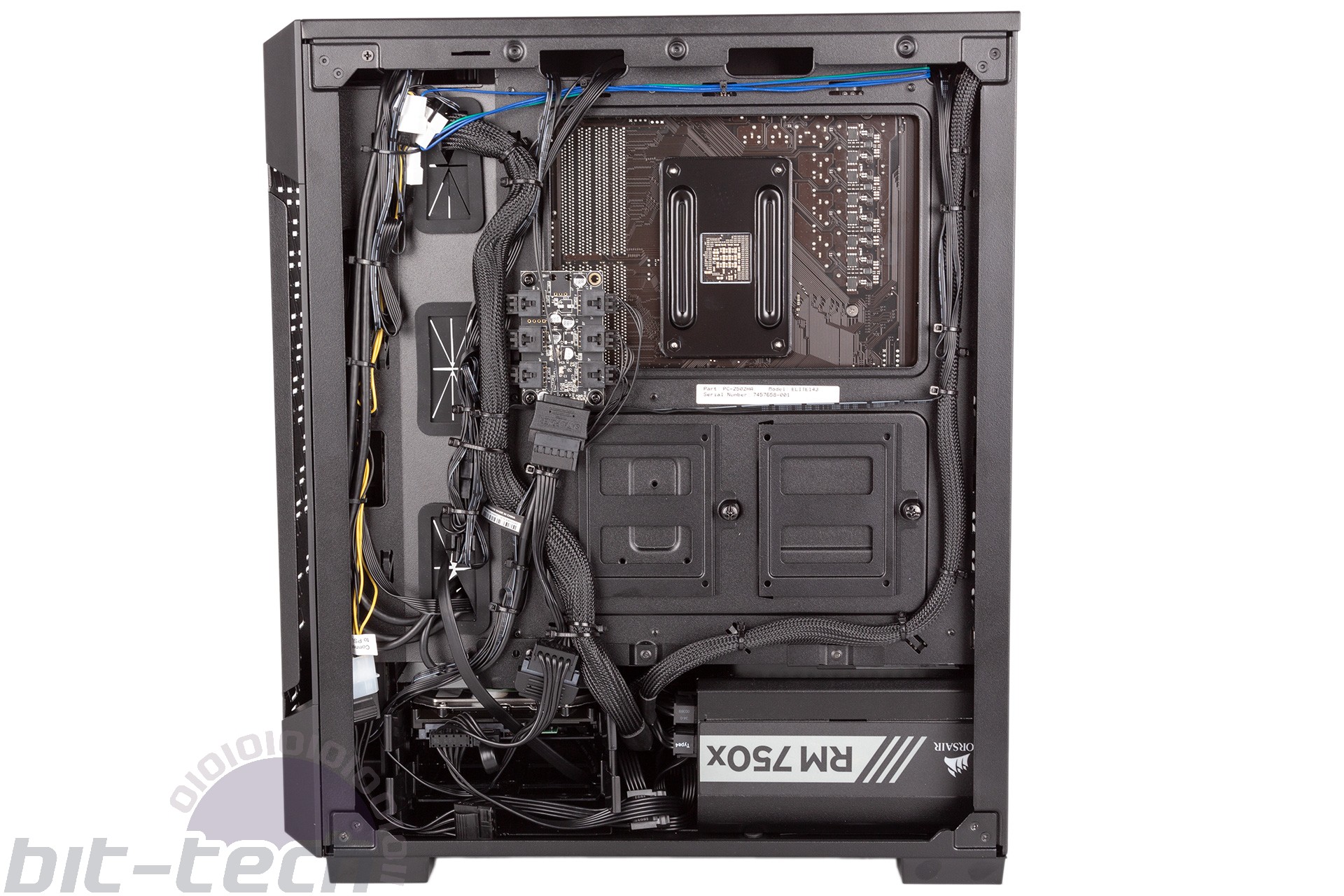 Where Novatech has excelled is in cable routing. The case actually doesn’t leave a lot of room for this, so it’s even more to Novatech’s credit that it has kept things tidy both in the main chamber and also behind the motherboard tray with plenty of zipties and neat routing. There is no bulge on the side panel, and we doubt we’d be able to do a better job ourselves.

Other than the fan control issue, things are as they should be in the EFI, with the memory speed correctly set. There’s no overclock, so we’re not that bothered that Novatech hasn’t saved the settings as a profile, but it’s still always a nice touch.

Windows 10 Home comes installed without silly bloatware. You do get Corsair iCUE pre-installed, and this can be used to control the lighting effects (not the speed) of the six fans via the internal RGB hub. The SP120 RGB Pro fans are flexible and come with vivid lighting, but note that the copper SSD heatsink and the red Radeon lighting (which can’t be disabled) may clash with the effects or colours you pick.

Novatech’s three-year warranty terms are more generous than some but less generous than others. It would be nice to see a year collect and return, for instance, as six months is on the low side, and some competitors are able to offer a full three years on this and parts as well. 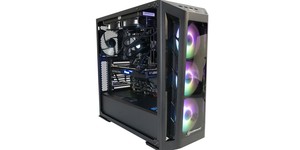 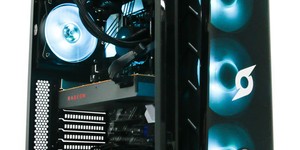 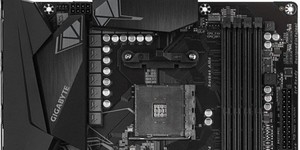