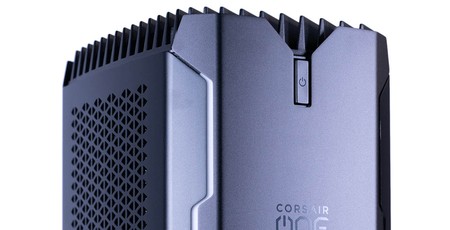 Back from the excitement of CES turning our attention to the latest entry in the pre-built SFF space by Corsair, the One i164. Combining the Intel 9900K and NVIDIA GeForce RTX 2080 Ti it looks on paper to be a very capable system all in a small form factor. This revision aims to build on the Corsair One Pro which we reviewed nearly three years ago and earned the highest of recommendations. Let's see if the new-and-improved i164 can follow suit. 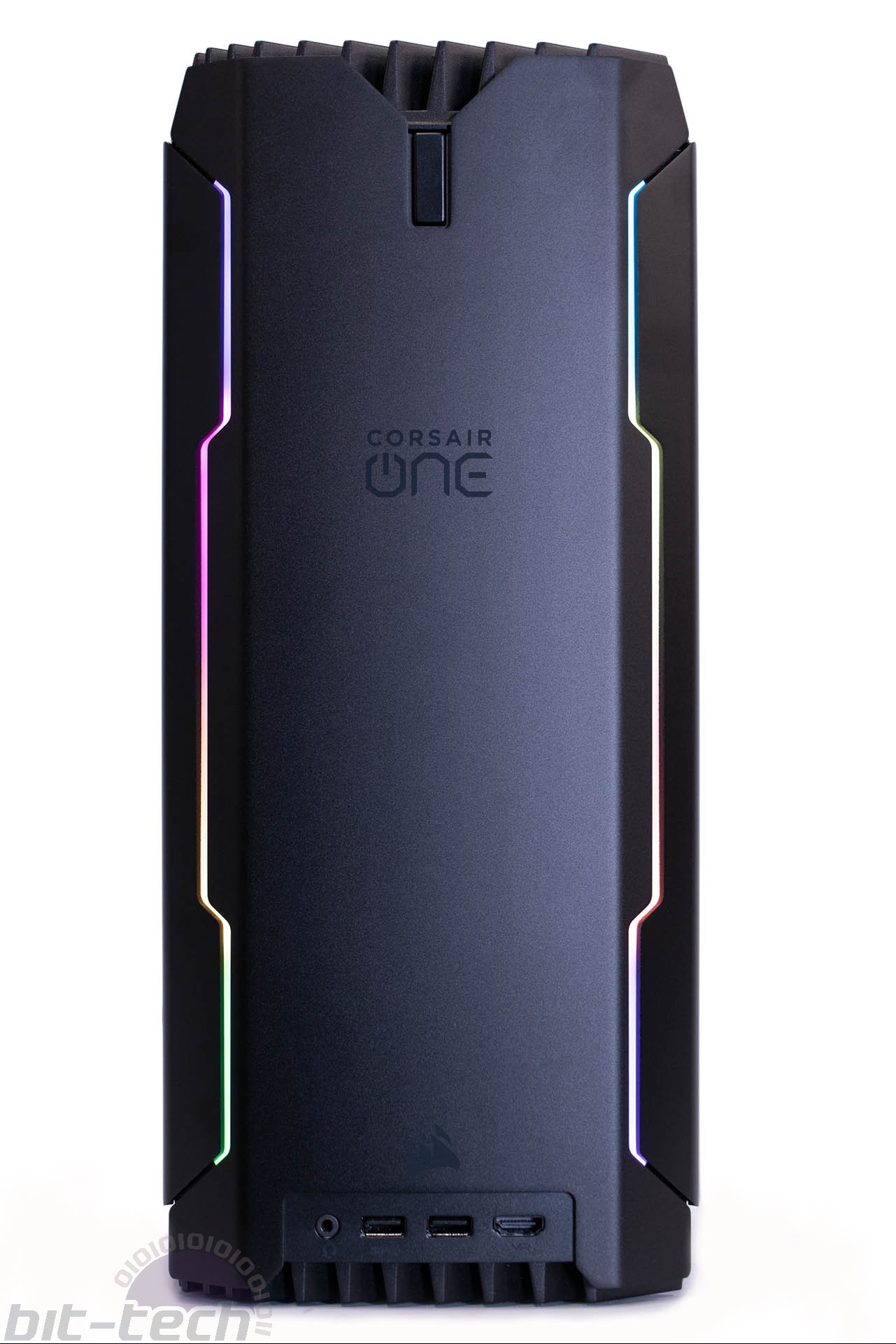 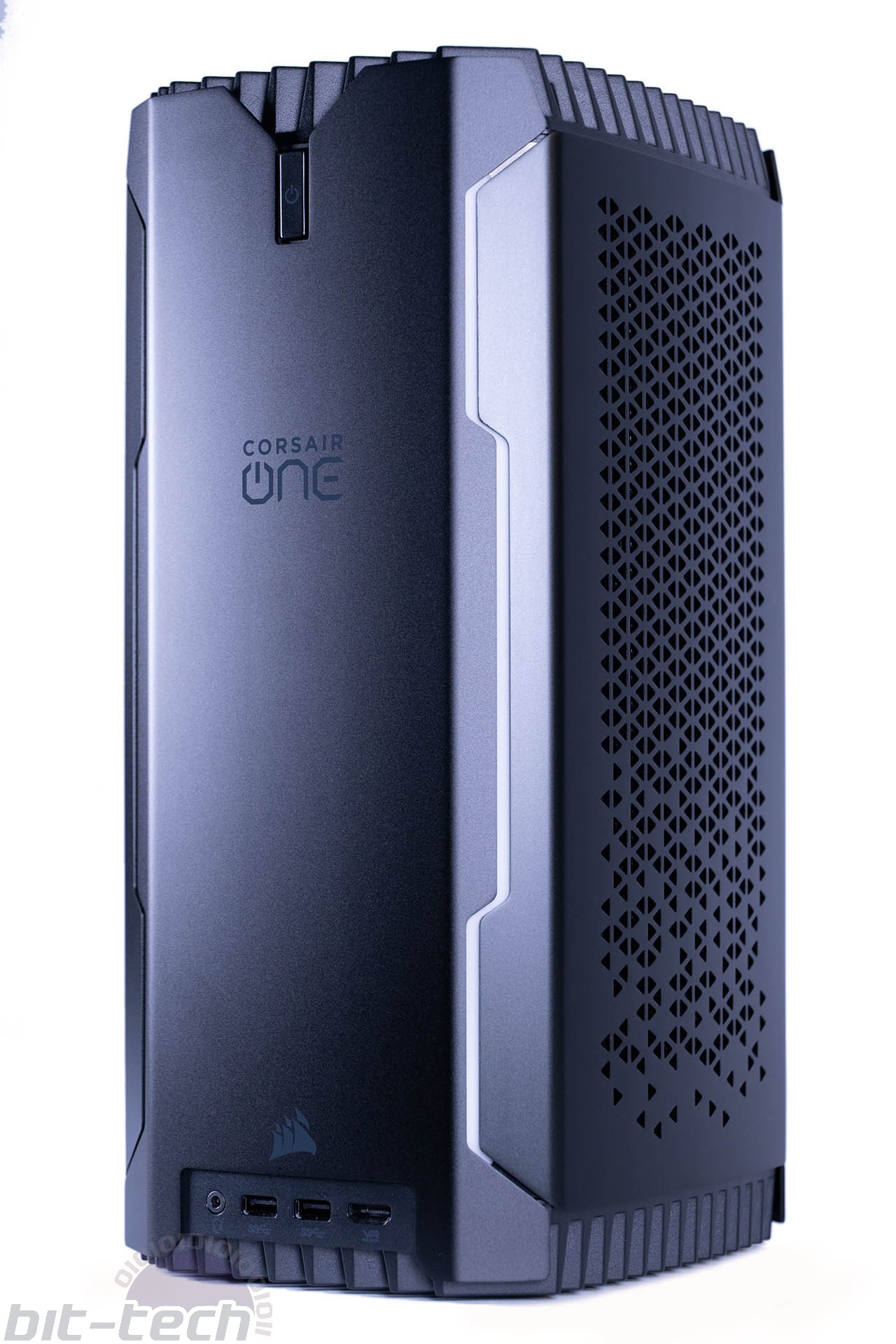 Being 2020, the system comes with two full RGB strips running down the front which have been diffused by a strip of plastic. This system came out before the LS100 lighting kit. Our feeling is that Corsair may have added too much diffusion here as the strips look a tad dull. They can be fully controlled with Corsair's iCUE software, and apart from a minor blip when running an intensive benchmark, they've worked perfectly.

The front I/O consists of 2x USB 3.1 Gen 1, a combo headphone/mic and a single HDMI 2.0a port. The highlight of this is the front HDMI port which Corsair market as VR-ready on the system itself. This is placed in a perfect position for VR headsets and will allow you to easily swap between VR and normal monitors when used with the USB ports and 3.5mm jack on the front of the case. Could there have been a case that in 2020 SFF chassis start adopting USB Type-C as standard? We think so. The rear I/O, meanwhile, consists of 2x USB 3.1 Gen 2 (1x Type-A and 1x Type-C), 2x USB 3.1 Gen 1, 2x USB 2.0, 7.1-channel audio, Gigabit Ethernet, PS/2 and 3x DisplayPorts. It also has the ports for connecting the included WIFI aerials. There's also a clear CMOS button in case something goes wrong with the system and you need to do a hard reset on it.

Outside, then, not much has changed between Corsair One generations. The fit and finish remain excellent, it's a weighty bit of kit at 7.38kg, and the exterior panels aren't the fingerprint magnets that other systems can be. 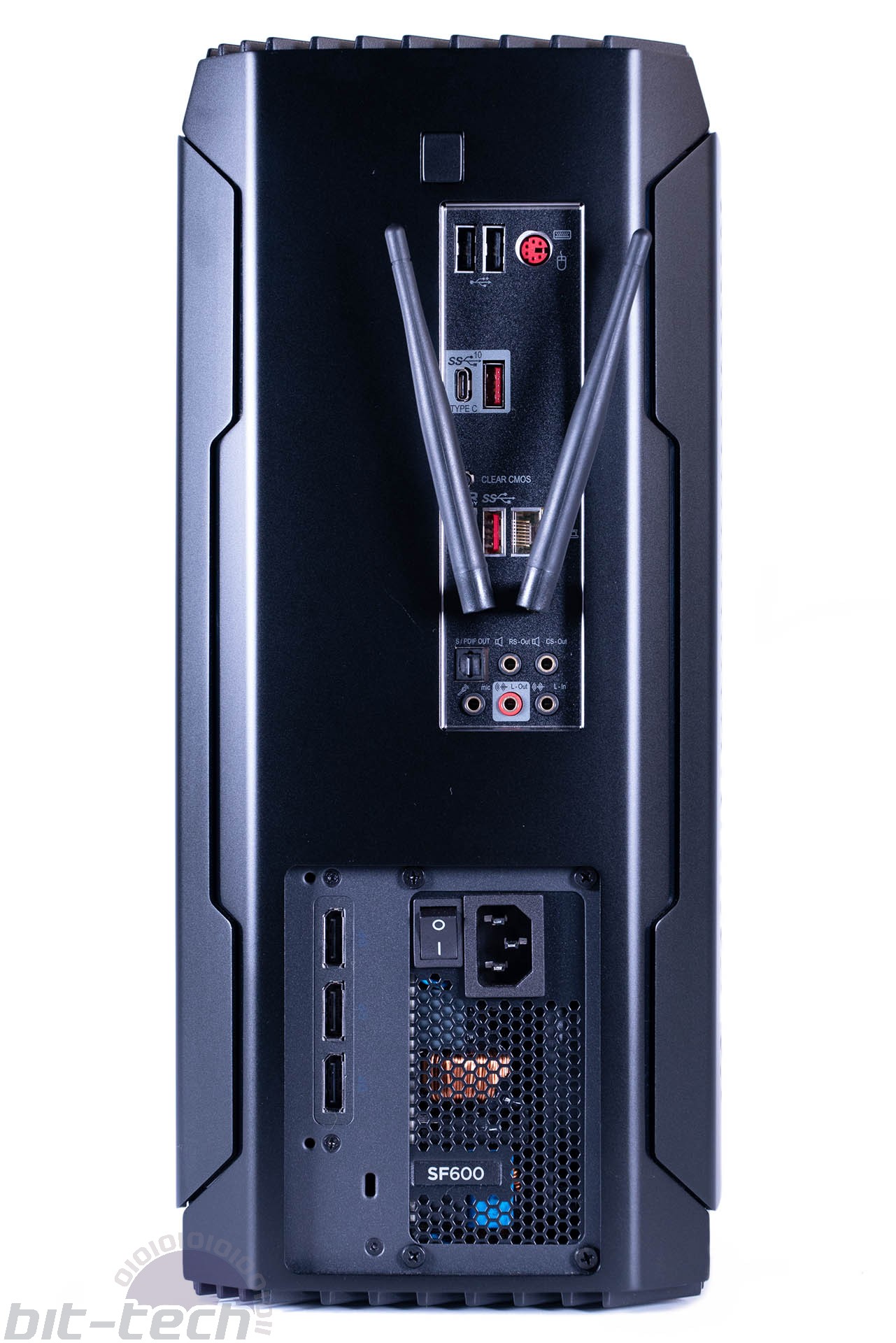 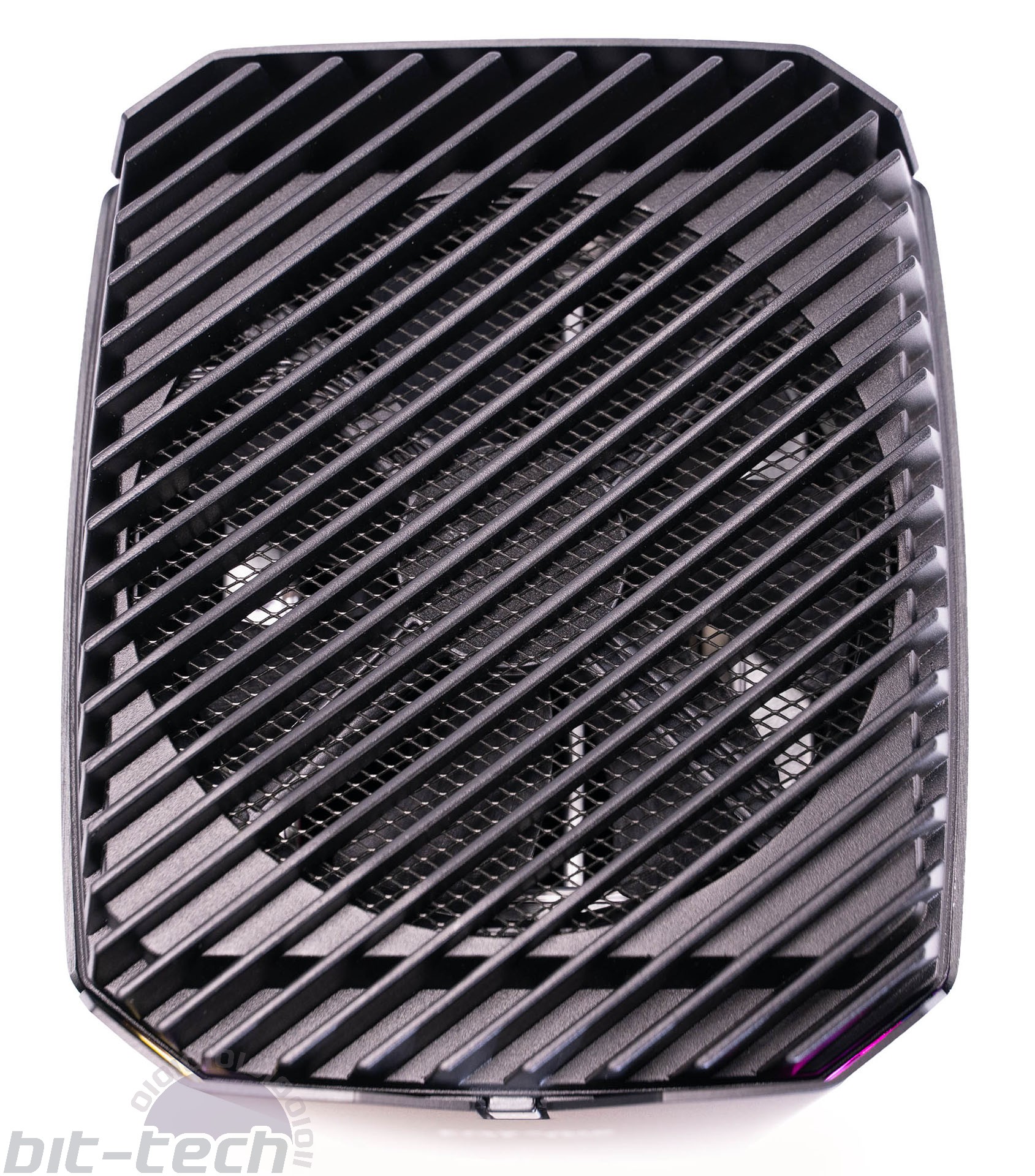 Shaping up at 200mm x 172.5mm x 380mm with a volume of 12 litres it's easy to fit into any desk setup, either on or below. With the system being as small as it is and having the components of a top-end gaming rig you'd expect it to sound like a Delta fan... but surprisingly it's very quiet. This is achieved in a few ways. Firstly, the system utilises the stack effect with cool air coming into the bottom and sides of the case and the hot air being drawn out the top by a single 140mm Corsair fan. This also allows the system to turn off the top fan when it's not being taxed. Secondly, the One uses two all-in-one coolers with both the CPU and GPU having a cooler each. The GPU does have another small fan over the VRMs but couldn't discern it over the general hum of system. The One doesn't have any air filters on the chassis, however, which will lead to dust build-up over time and slowly lower the efficiency of the radiators. 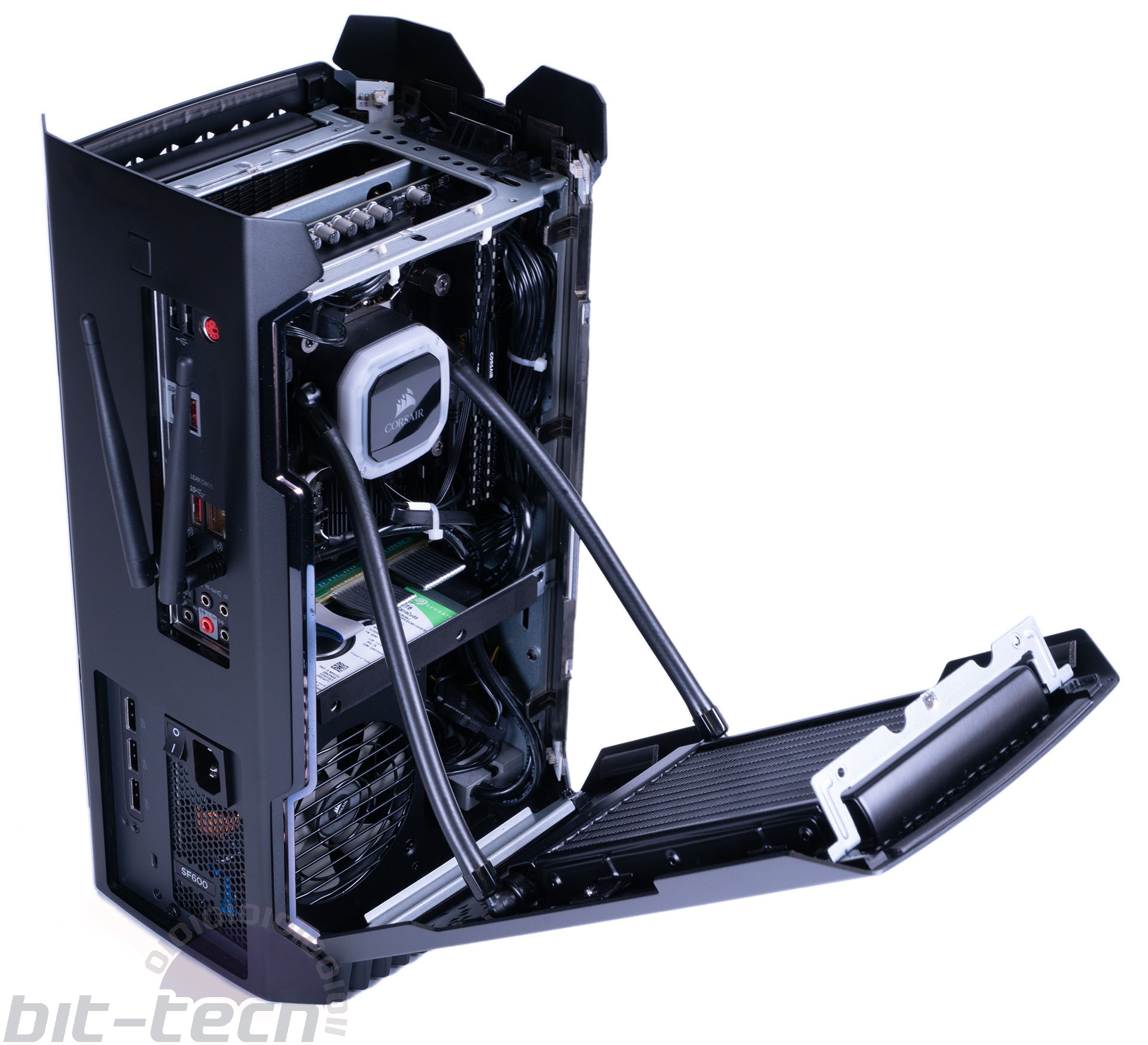 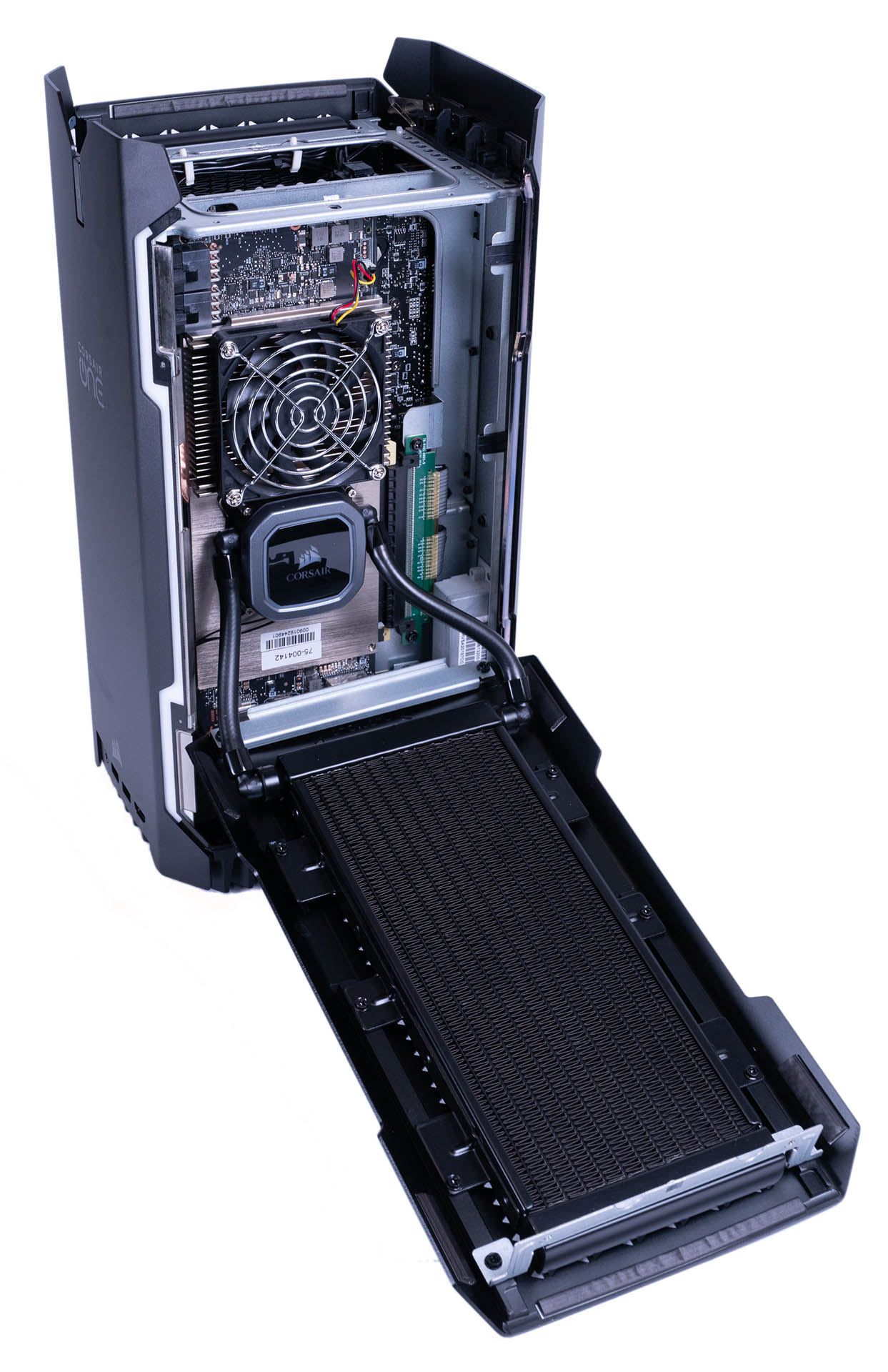 It is the specification that sees the largest performance boost for the latest iteration of the Corsair One. At the helm is an eight-core, 16-thread Intel Core i9-9900K chip - not overclocked, sadly - sat on a custom mini-ITX Z370 board. There's not in it between Z370 and Z390, of course, though it would still have been preferable to see the latter in a system costing over three grand. Rounding out the top-line spec is a custom, watercooled GeForce RTX 2080 Ti.

On the storage front this One is equipped with a single 960GB M.2 NVMe SSD and a secondary 2TB 5400RPM 2.5in mechanical HDD. The choice of using an PCIe 3.0 M.2 and 2.5in spinner makes sense when you look at the internals of the chassis: nothing else would have fit, though some may argue the falling prices of SSDs means that, perhaps, a 1TB SATA-based SSD could have been used instead of the storage-focussed 2TB HDD? Nevertheless, the SSD provides plenty of space for even the largest triple-A games, and if you somehow manage to fill up the drive or have large stores of footage, then the 2.5in HDD will be there to save you, albeit at much lower performance than the SSD.

The One comes with two 16GB Corsair Vengeance LPX sticks of memory clocked at 2,666MHz. While Corsair does sell higher-clocked sticks, the result of increasing the clock speed seems negligible compared to the reliability of staying within the specs. Finally, there is a two-year warranty from Corsair. 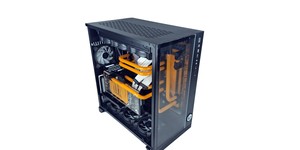 A monster machine capable of cutting through benchmarks. 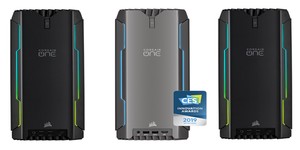