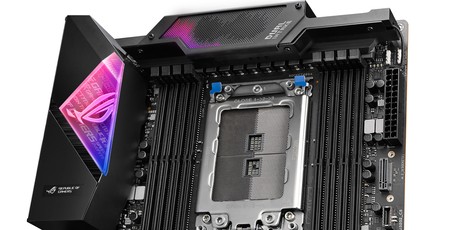 We've finally got some more affordable TRX40 chipset motherboards to show you this month and while they'll still not leave you with much change from £500, they are significantly cheaper than those we've looked at so far. First out of the blocks is the Asus ROG Strix TRX40-E Gaming, which costs £480, but appears to sport many of the same features included with the more expensive Zenith II Extreme. 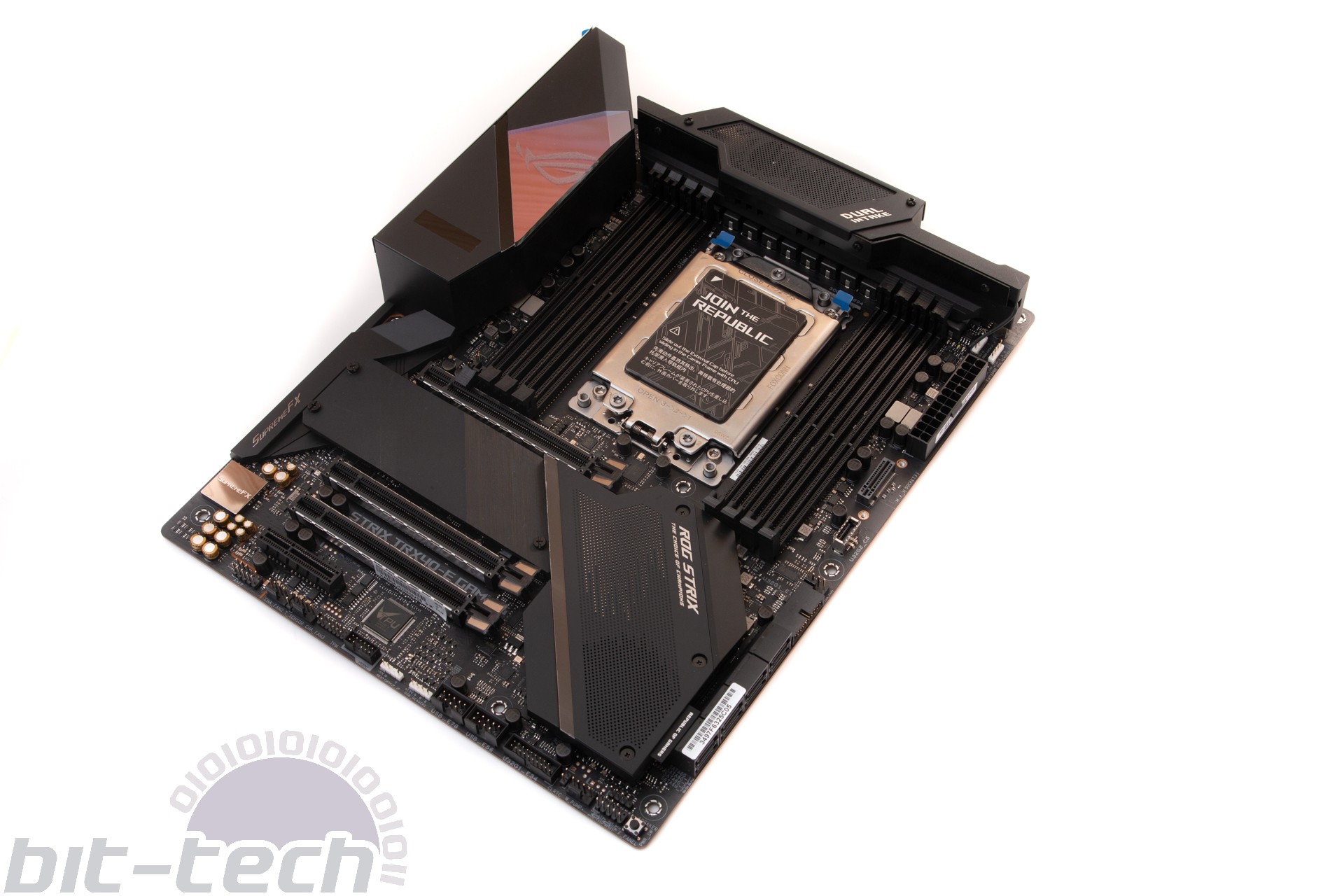 Both boards have a pair of fans cooling the VRM heatsinks and this is also part of a 16-phase power delivery. Unlike every other TRX40 board we've tested so far, though, the ROG Strix TRX40-E Gaming doesn't have all of its M.2 ports sitting horizontally under heatsinks and has one mounted vertically. This does at least mean it's easy to access, but it's not the most attractive, especially once populated. 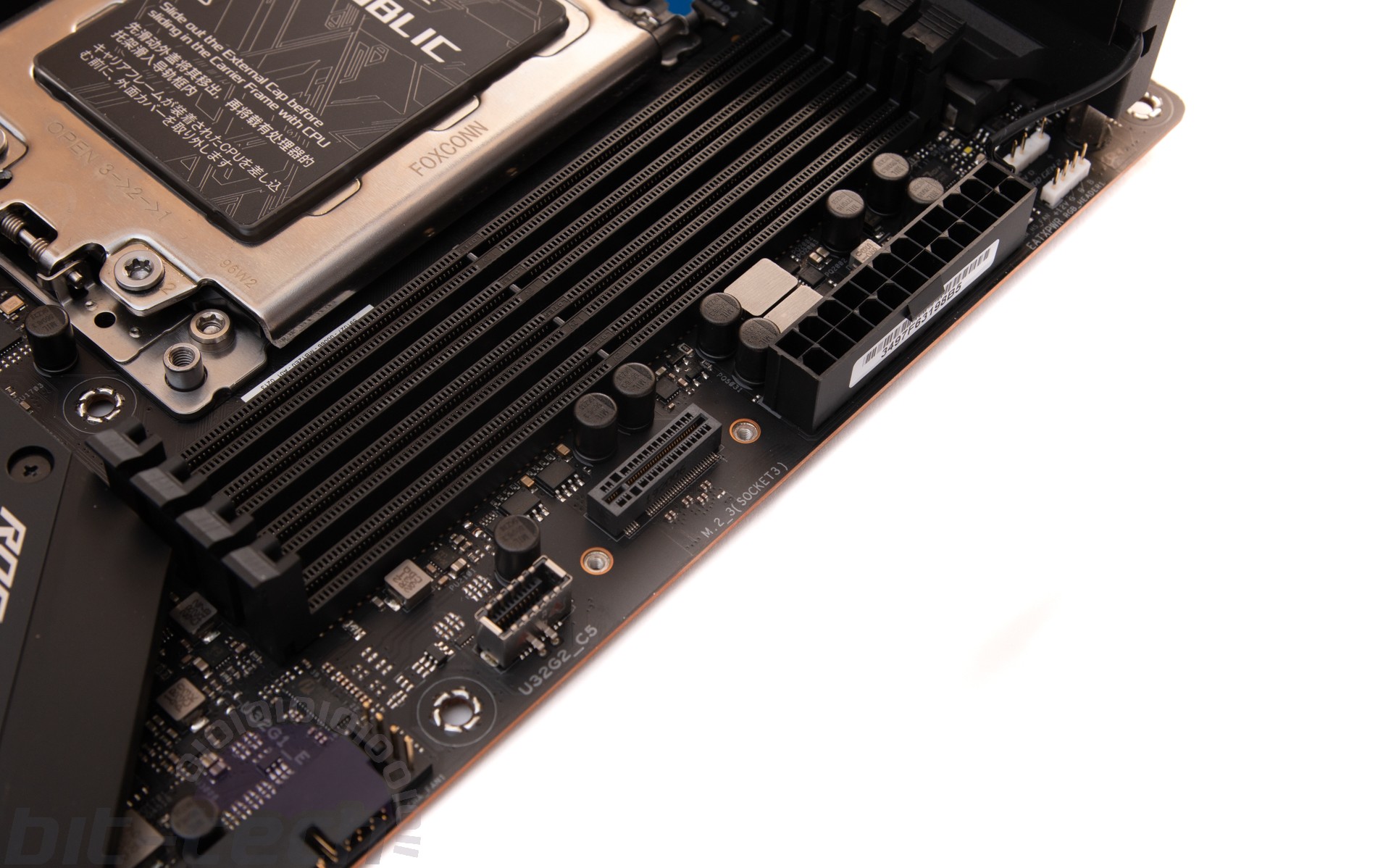 The two small chipset fans sit underneath a small mesh atop the heatsinks and only spin up under high loads. The design is a little clunky here with screws holding the top fascia in place, which is a shame as the rest of the board is very clean and attractive.

Underneath you can see the two VRM fans, which sit on top of the heatsink here, plus there's added cooling from a backplate that's thermally attached to the VRM area, too. Combined, they do an excellent job of keeping things cool, with our IR probe measuring 48°C on the top side of the PCB and 55°C on the rear, although there is no software readout for the VRM temperature. 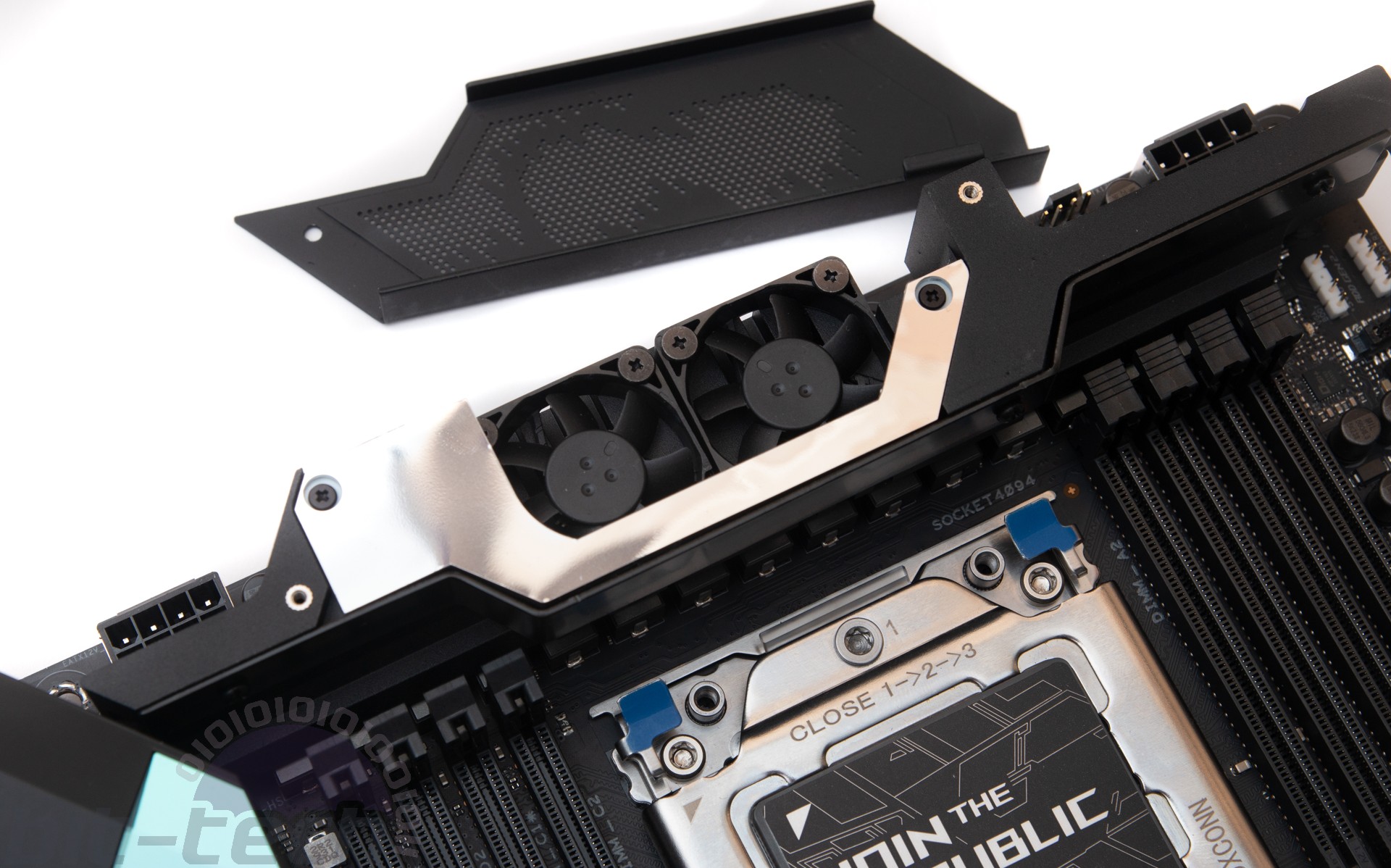 The other two M.2 ports are situated under a large heatsink array that does benefit a little from the Delta-made chipset fan, which pushes air through a heatsink with some angles pointing at the M.2 slots. The peak M.2 temperature observed was 47°C, which is a decent effort. The downside to the design is that in order to get at your SSDs and therefore remove the heatsink, you'll need to remove your graphics card, as well. 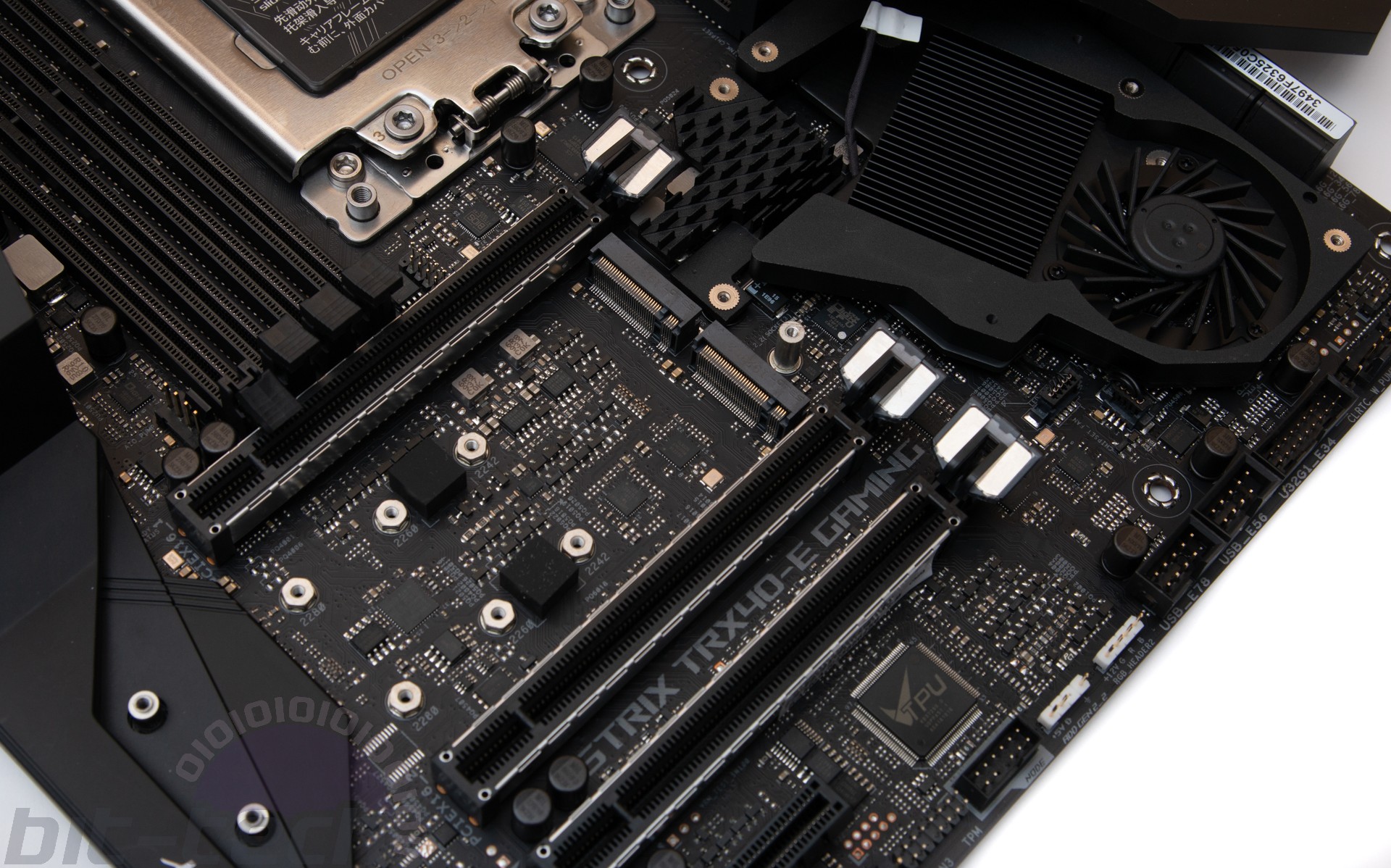 The rear I/O panel is very well populated with Type-A USB ports with 11 in total and seven of these are USB 3.1. You also get a Type-C port, 802.11ax WiFi, a USB BIOS flashback button and Realtek 1220-based SupremeFX audio plus a 2.5 Gigabit Realtek LAN port. 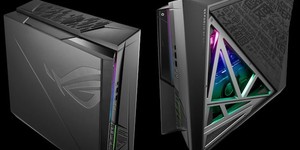 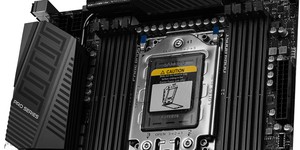