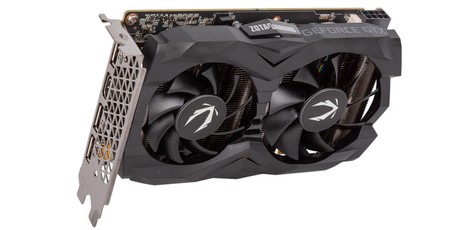 Overcomplicating the design of graphics cards that occupy mid-level performance rungs is risky business. Cards that are overclocked and come with fancy coolers carry a price premium that impacts the all-important price-performance ratio, so most board partners tend to offer simpler variants of cards to attract customers for whom bang for buck is the priority. 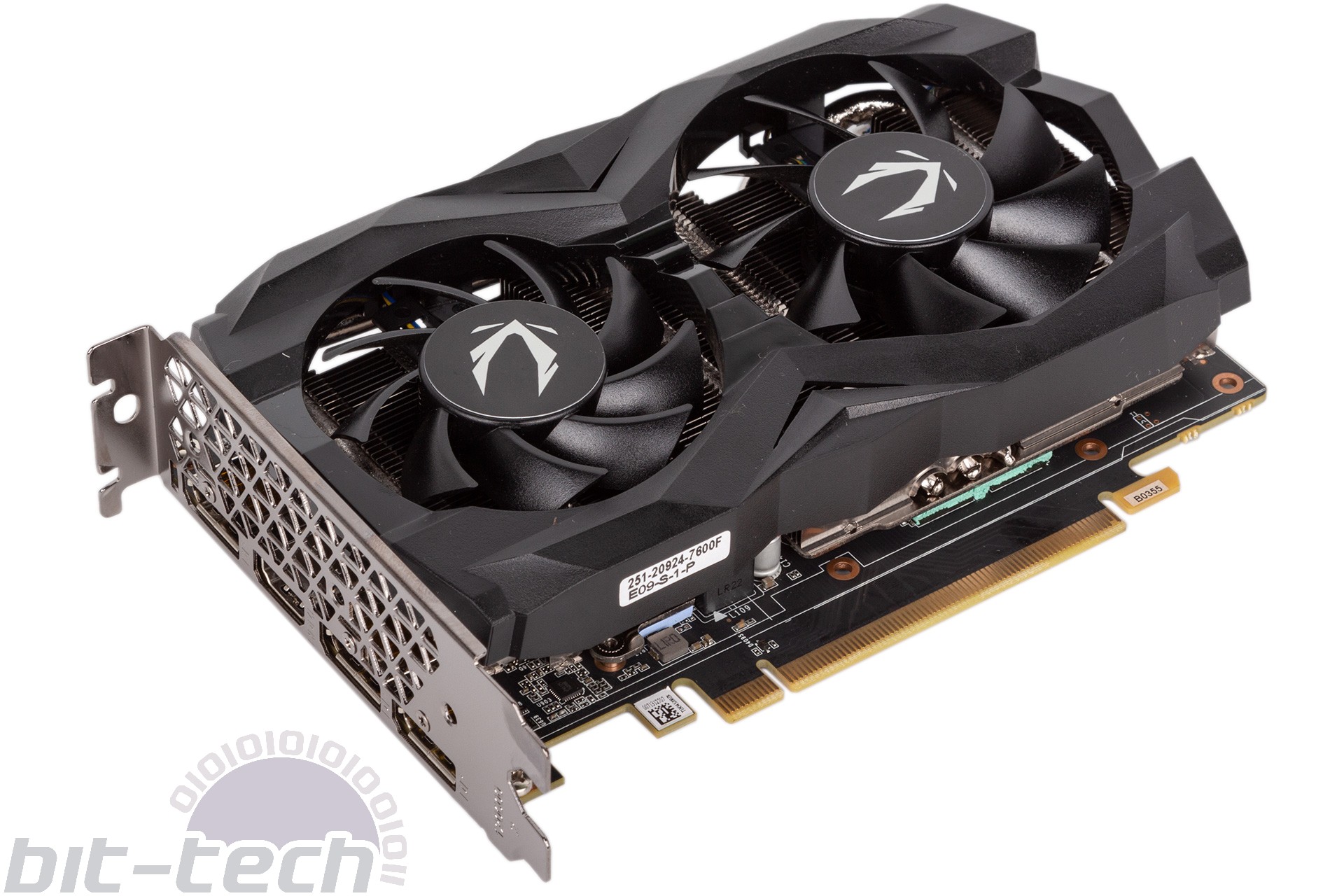 Such an approach is clearly the one Zotac has taken with its GTX 1660, known unofficially as the GTX 1660 Twin Fan. We’ve already seen the equivalent version of the GTX 1660 Ti from Zotac, so we’re not expecting any surprises. This is one of two GTX 1660s Zotac has, the other being the Amp version featuring a mild overclock, larger cooler, and backplate. This GTX 1660 is supplied without any accessories.

Being so small, the card is likely to appeal to small form factor enthusiasts. Indeed, Zotac claims that it can fit into 99 percent of systems. We’re not sure where this figure is from, but since the card is dual-slot, no taller than the PCI bracket, and hardly longer than a mini-ITX motherboard, it’s easy to believe. 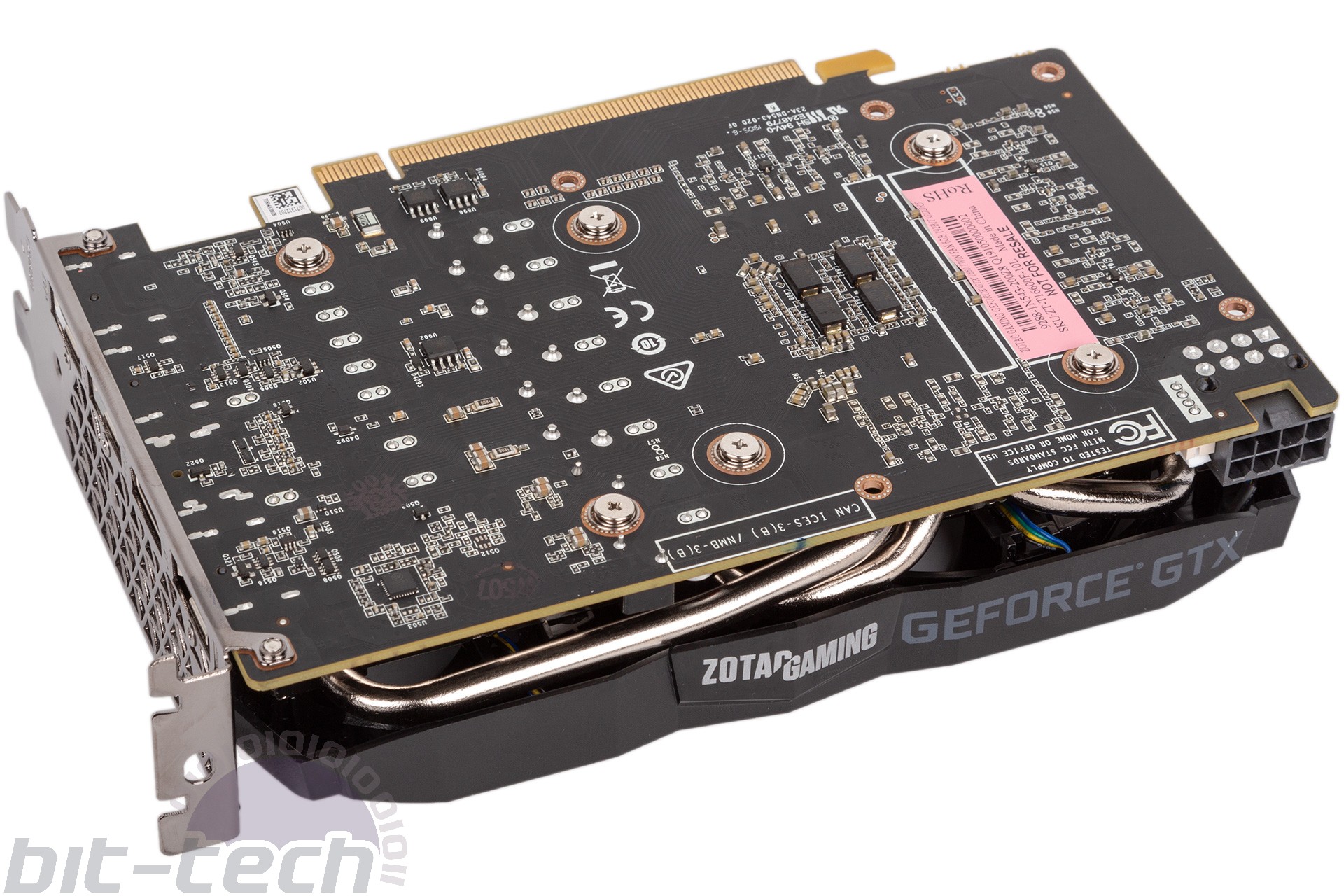 As mentioned, a backplate is reserved for Zotac’s pricier Amp card, so the rear of the PCB is left exposed here – at least it’s a nice neutral dark tone. The cooler shroud is a simple plastic affair, but nothing feels too loose or cheap. This too is clad in black, so despite the absence of any lighting, the card maintains tone-neutrality and won’t clash with RGB colour schemes.

Restricted to stock speeds, this card has a boost clock of 1,785MHz, and the GDDR5 memory is running at 8Gbps. This is as vanilla as GTX 1660 comes.

Stock frequencies equal stock TDP, which with GTX 1660 means 120W. A solo eight-pin PCIe power connector is more than sufficient for this since it’s rated to 150W. Users can increases the power limit manually up to 111 percent, roughly 133W.

Triple DisplayPort 1.4 connectors are joined by one HDMI 2.0b port. It’s the former you’ll need if you wish to use the card with a FreeSync or G-Sync panel. There’s some argument to be made for including a DVI header with GTX 1660 just like Palit does, as users with this budget might be running an older screen, but adaptors are easy and cheap to obtain. 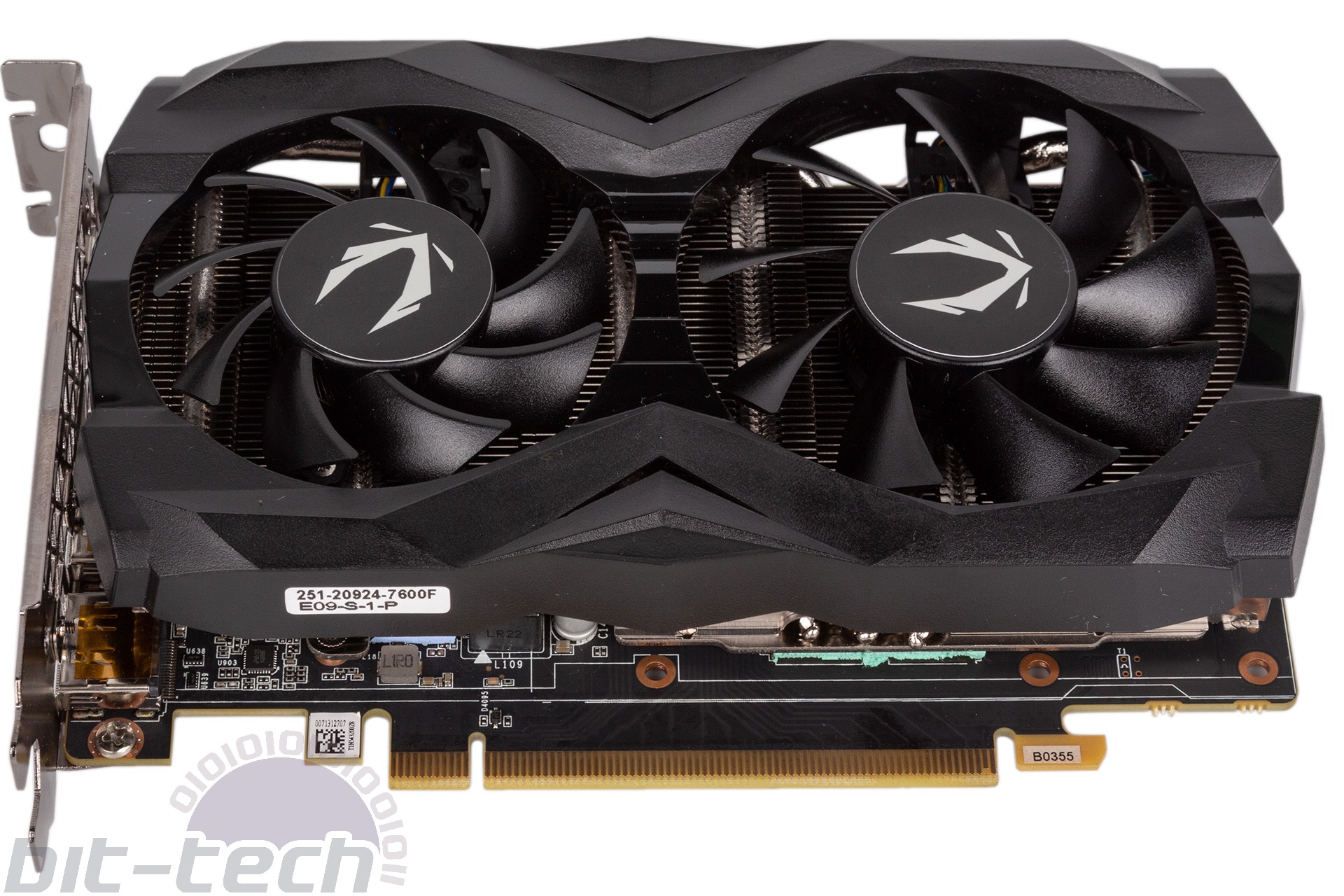 The dual-fan cooler does not use matching fans, one being about 70mm in diameter and the other about 80mm, most likely as a means of keeping the size down. The open cooler shroud will see most warm air recycled within your chassis, so having some good exhaust airflow would be sensible. Then again, this is a pretty efficient GPU, and the heatsink fins are shaped to help direct some air straight through the rear I/O panel. Zotac has not made this card semi-passive, so unfortunately the fans will spin even when the GPU is idle. 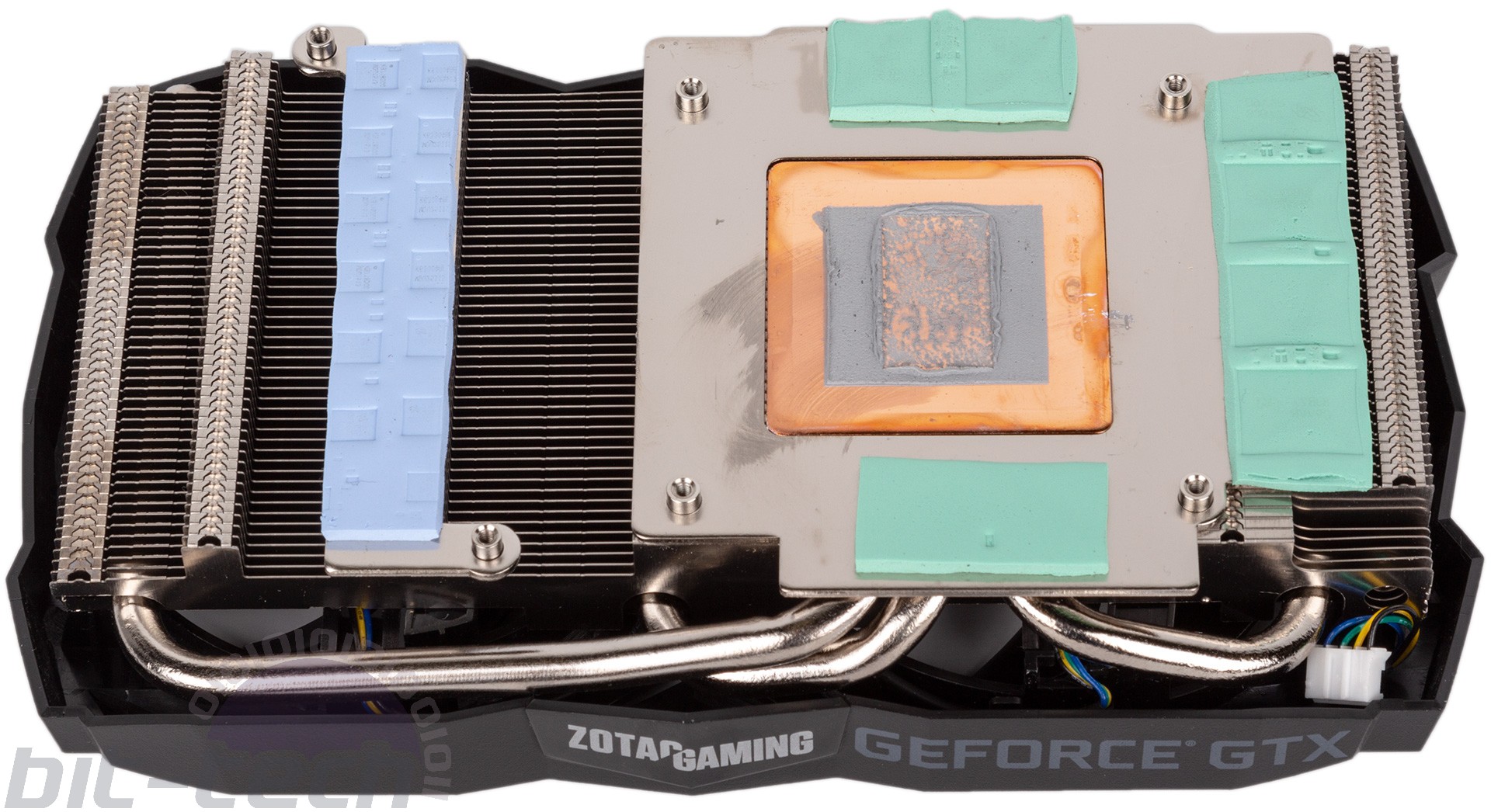 A copper contact plate cools the GPU directly through a layer of paste, and pleasingly the heatsink has integrated plates and pads to cool the memory modules and MOSFETs. Three copper heat pipes (with a nice bit of nickel plating) direct heat to the aluminium fins, which fill out the card’s volume nicely. 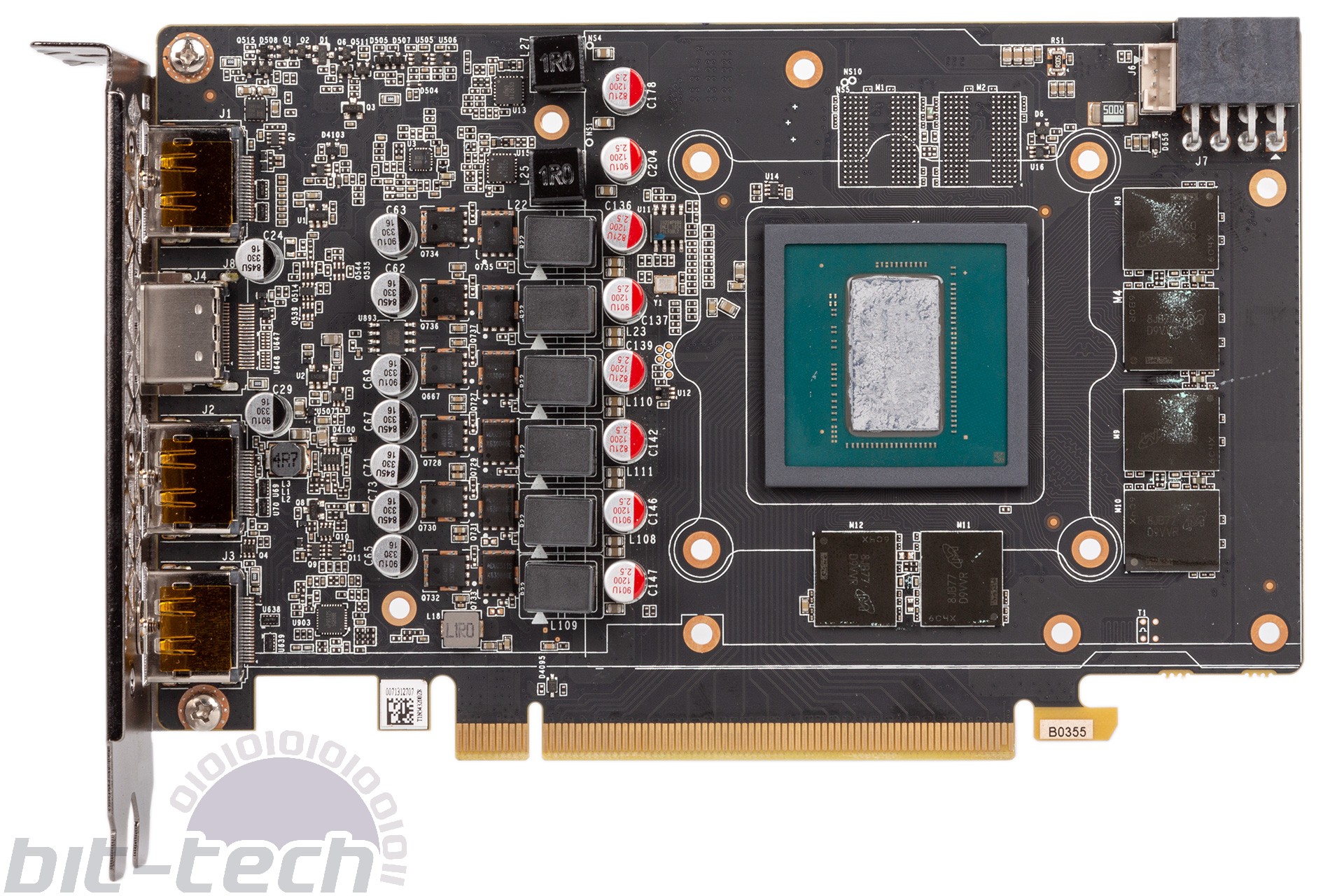 Zotac uses a bulky power phase configuration considering the TDP of the GPU, and there is no secondary VBIOS on this card. Nvidia doesn’t bin TU116 GPUs, so the model number on all GTX 1660s will be the same. 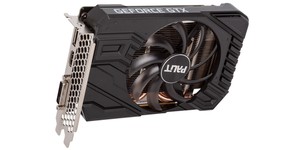 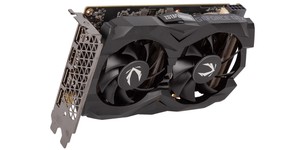 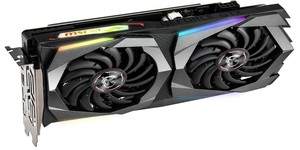