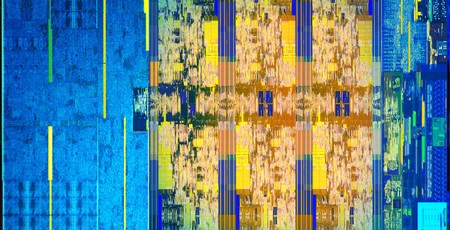 While the Core i7-8700K is pretty darn fast at stock speed, with an all-core boost sitting at 4.3GHz, being able to overclock it anything like as well as Intel's other hexa-core, the Core i7-7800X, would mean that it not only leaves the Ryzen 5 1600 and 1600X in its dust but also stands a chance of bettering AMD's octa-core Ryzen 7 CPUs too. The fact that we managed 4.8GHz from the Core i7-7800X despite it sporting six cores was encouraging, so we started there with the Core i7-8700K, setting the vcore to 1.3V.

Eventually we found our limit at a highly impressive 5GHz across all cores using a vcore of 1.285V. Slapping on some custom water-cooling saw us reach 5.1GHz, but this required 1.345V and temperatures were still topping 90 degrees with a very potent cooling setup, and it was beyond the reach of our all-in-one cooler. Even so, 5GHz is incredible given we'd be happy getting a CPU with two fewer cores to this frequency, namely a Core i7-7700K. However, we should also mention that we've heard plenty of reports suggesting engineering samples such as ours are overclocking better than retail ones, so it still remains to be seen just what overclocking prowess we're actually dealing with here and what you can expect at home.

Amazingly, that all-core stock speed boost of 4.3GHz actually saw the Core i7-8700K match or better all three Ryzen 7 CPUs in HandBrake, PCMark 10's Photo Editing test, Terragen 4, and all of our 3D tests, which is a very impressive but also somewhat necessary given it costs around the same price as the Ryzen 7 1800X and a lot more than the Ryzen 7 1700X and 1700. However, it's worth noting that even when overclocked, it only beat the Ryzen 7 1700X by a few seconds in a 70-second task, which is less than 10 percent, and that AMD CPU is significantly cheaper.

What was more significant, though, is the difference between the new Core i7 and its Kaby Lake predecessor, which managed the same task in a massive 103 seconds when overclocked. Given the small price difference between the two, it's fairly clear that the old CPU has been utterly trounced here, but of course, it still remains the fastest CPU for older motherboards. Sorry, Z270 owners.

Terragen 4 was much of the same, with the Intel CPU offering more of an advantage against the AMD octa-core CPUs at stock speed and when overclocked, with some impressive numbers that might just about justify the extra cash required over the Ryzen 7 1700X and 1700, while the Ryzen 5 1600X with its identical core and thread count took nearly a minute longer to carry out the task.

Cinebench was less favourable to the Intel CPU, though, and all Ryzen 7 CPUs except for the 1700 beat the Core i7-8700K convincingly, and even the 1700 stretched out a tidy lead once overclocked. The single-threaded performance was telling, though, with the new CPU all but matching the best results, which of course were its predecessor and the mighty Core i9-7900X.

Games were, once again, very easy wins for Intel, and the Core i7-8700K was a monster in many tests, rubbing shoulders with the big boys and often outperforming its predecessor by hefty amounts too, like in Ashes of the Singularity. Deus Ex also saw Intel dominate the upper half of the graphs, and the Coffee Lake CPU was way up there as it was in VRMark and 3DMark Time Spy.

We could have written a much shorter review today, which essentially covered just a few key points. The Core i7-8700K is not compatible with older motherboards, it has two more cores than a Core i7-7700K, it's very fast, even faster when overclocked (which it does very well), and is generally worth the cash, even against AMD's Ryzen 7 CPUs. There are some downsides to this simplicity, though, is it misses the unfortunate fact that there are very little if any other improvements to the chipset or architecture. Today is all about the boosted core counts of Intel's new CPUs.

That said, the extra multi-threaded grunt is welcome, and Intel isn't charging a fortune for it either. For a little more than the Core i7-7700K, you're getting a CPU that overclocks just as far (maybe a little less with retail samples) and has far better multi-threaded performance, which was sorely missing from its predecessor. In fact, it was faster than the Core i7-7800X in many tests too, adding more weight to our argument that that HEDT CPU is a questionable choice unless you truly need quad-channel memory support or more PCIe lanes.

We suspect things will go similarly well for the Core i5-8600K, and if so, Intel is definitely on the warpath with some potent weapons that not only provide excellent performance in games but pack a real punch in content creation too, making them excellent all-rounders that even match AMD in terms of value too, most of the time. AMD's recent price cuts do mean that Coffee Lake is far from a killer blow, though, and Intel will need to do much more to make Ryzen an unattractive prospect, especially where content creation is concerned. 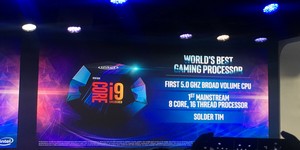 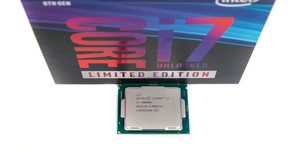