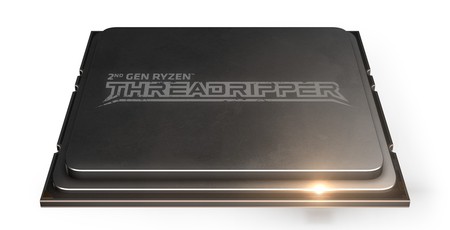 We've seen 2nd Gen Ryzen and AMD's Zen+ 12nm core make big gains against Intel this year in areas that it lagged behind, and where its CPUs were faster it edged out even bigger leads. This is very encouraging with Zen 2 and a 7nm manufacturing process landing next year as well as - if rumours are to be believed - 16 cores in its mainstream lineup, too. However, in the high-end desktop (HEDT) market, AMD didn't manage to reign supreme for as long as most of us expected. The 16-core Threadripper 1950X's dominance came to an end with Intel's introduction of the 18-core Core i9-7980XE. 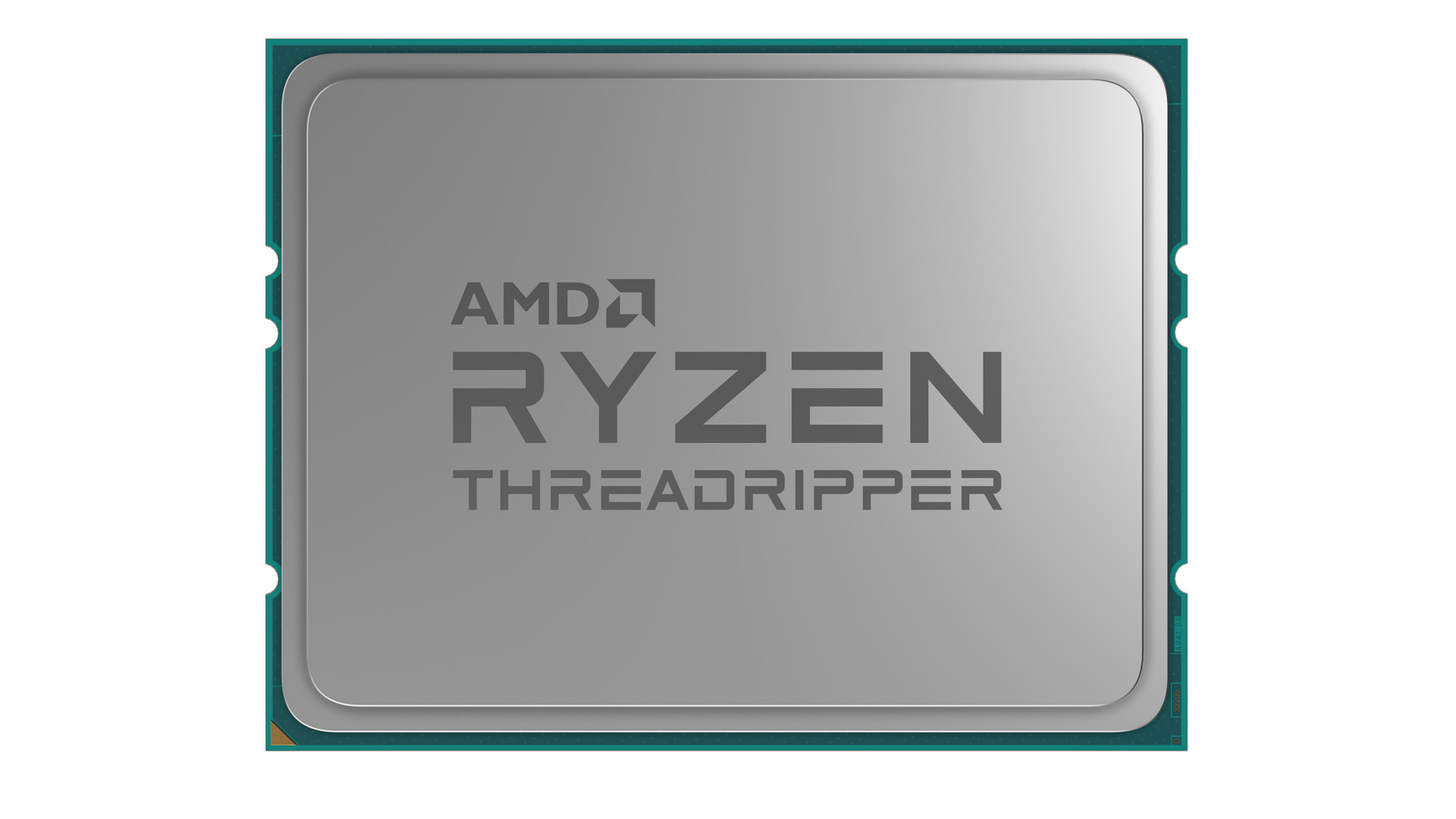 Today, though, AMD has done what many expected and added an additional two dies to the Threadripper design, increasing the core count from 16 to 32. The result, the Ryzen Threadripper 2990WX, now boasts the most cores by a long way of any desktop CPU. So, the question is has AMD retaken that high-end desktop performance crown, and where exactly does this monstrous CPU shine?

Thankfully, to find out, we don't need new chipsets or CPU sockets, as all four of the incoming 2nd Gen Threadripper CPUs are compatible with current X399 motherboards, although you'll need a BIOS update. That shouldn't be too much of an issue given most if not all X399 boards support some kind of USB BIOS flashback whereby you can update the BIOS without a supported CPU in the socket.

The packaging has also received a makeover and uses an easier-to-open flip down box that's very attractive and still provides the torque-limited socket tool and Asetek AIO cooler adaptor that allows you to fit compatible coolers to the unique Socket TR4 mounting pins.


In addition, we're also able to bring you results for the Threadripper 2950X today too, although that CPU will be available only from the end of the month. Both are flagships of their respective series with the 2950X and also the 2920X replacing the 1950X and 1920X, respectively, with the same 16- and 12-core configurations, while the new WX-series includes both the workstation-focussed 32-core 2990WX and 24-core 2970WX. The lesser CPU in each category has had its availability date shifted back to October.

The Threadripper 2950X builds upon the 1950X in much the same way as the Ryzen 7 2700X did over the Ryzen 7 1800X. It has moved from a 14nm to 12nm manufacturing process and introduces features such as Precision Boost 2 and Precision Boost Overdrive as well as StoreMI. The reduced voltage needed to hit the same frequencies means an uplift too, and as the best Ryzen dies are already what are chosen for Threadripper CPUs, the 2950X enjoys a peak boost frequency of 4.4GHz compared to 4.2GHz with the 1950X, and the base frequency is 100MHz higher too at 3.5GHz. The TDP, meanwhile, stays the same at 180W.

The big difference, though, is with the 2990WX, which can, amazingly, hit a maximum boost of 4.2GHz and also sports the same new features and manufacturing process as the 2950X, but has a much lower base frequency of 3GHz. It's worth noting that what we're getting here is not simply a scaled up 2950X where all dies have direct access to the rest of the system, as you can see below. 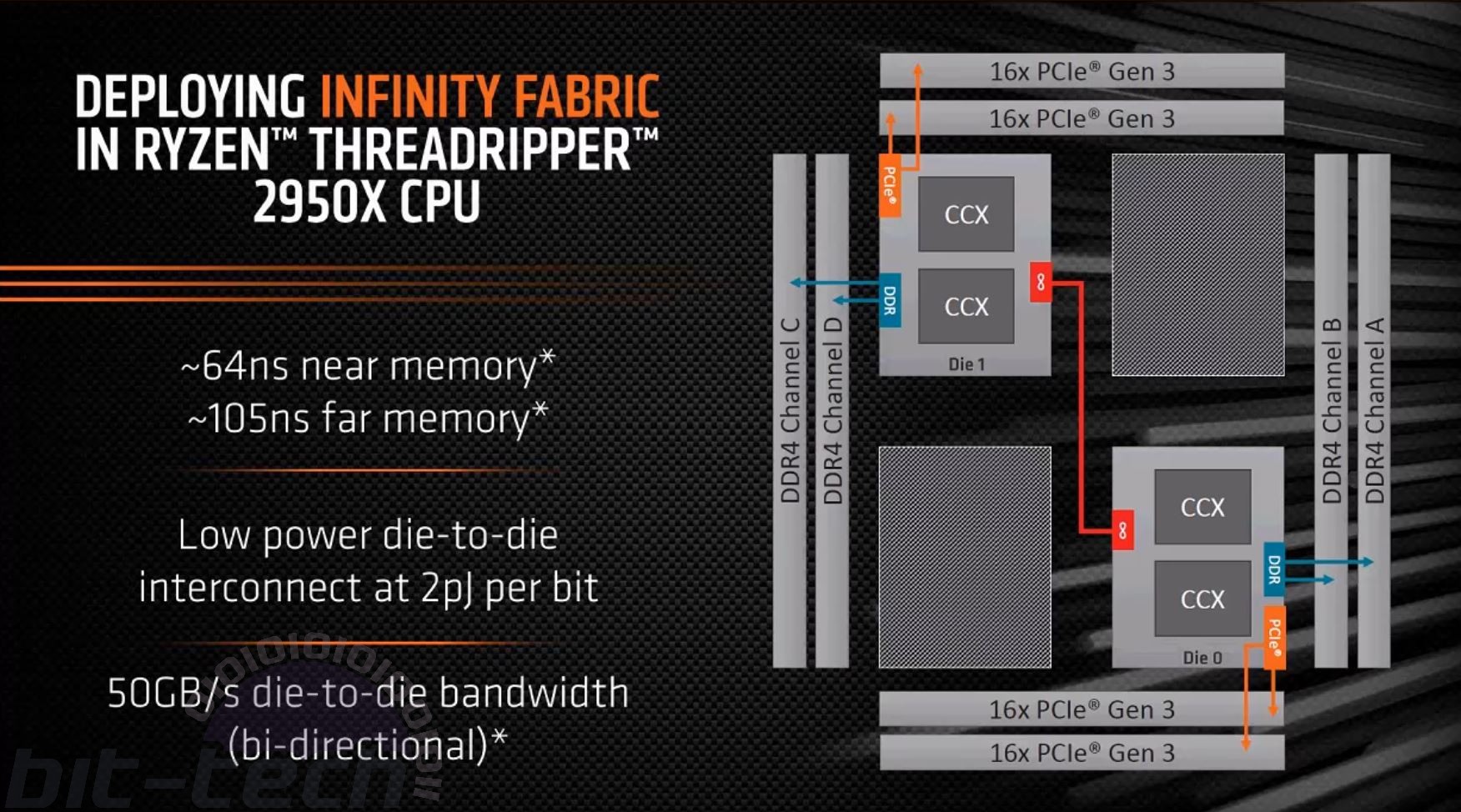 Instead, while all four dies, each with a pair of core complexes sporting four cores each (eight cores per die), can communicate with each other via Infinity Fabric with a 25GB/sec die-to-die bandwidth, the additional two dies this time around cannot directly access the four memory channels or PCIe bus. They do so instead via the initial two dies; they are in effect compute dies, and this has the impact of cutting the 2990WX out of Threadripper's optional UMA (distributed memory access) mode in Ryzen Master too. As such, the CPU is essentially locked into NUMA (local memory access) mode, and the option to switch modes is greyed out in Ryzen Master. 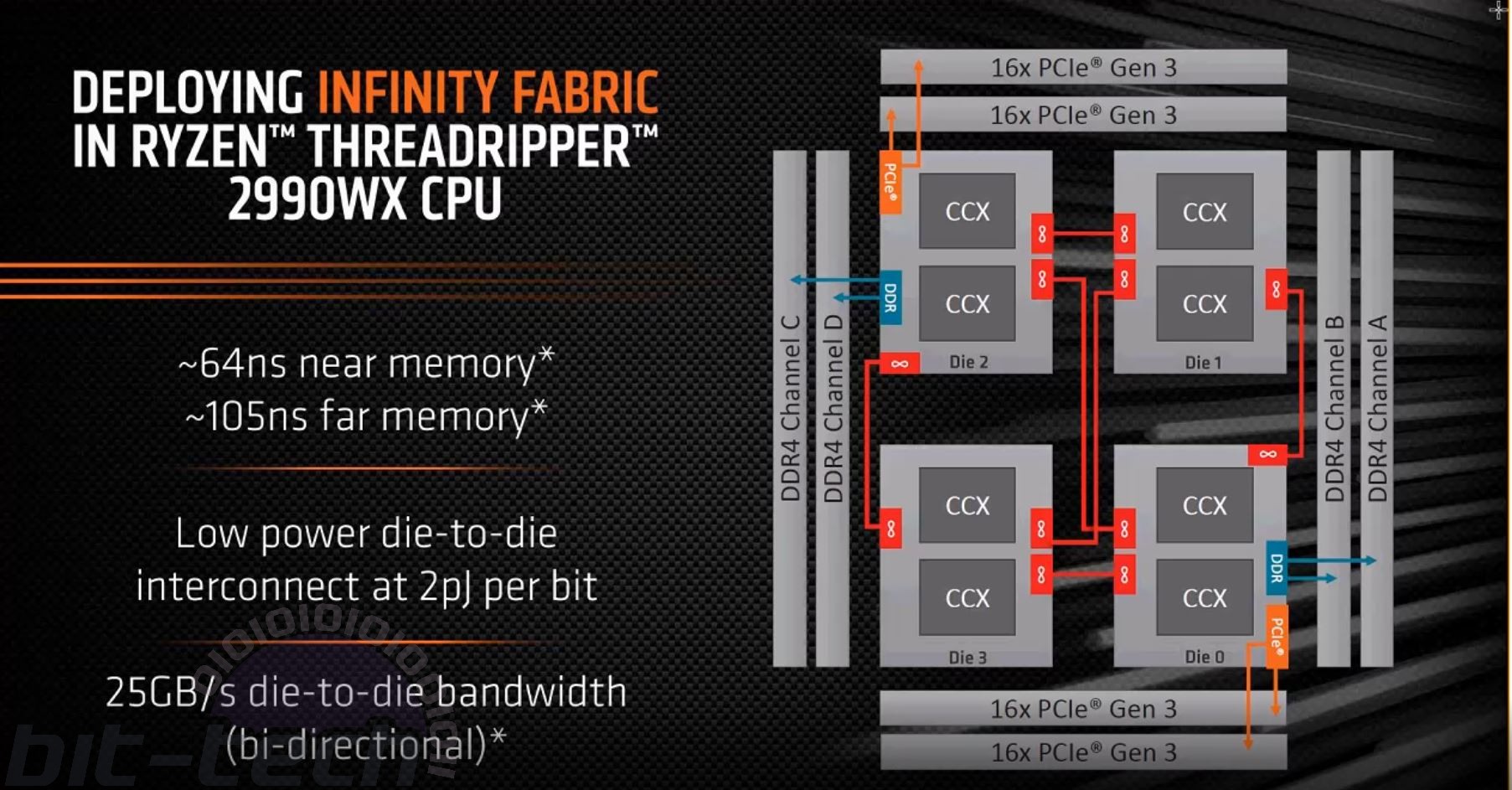 The impact of this will be interesting in application performance too, but there are some other factors that come in to play as well, especially when you start drifting down the thread count in applications. Some simply don't scale well to the kind of core numbers the 2990WX offers, meaning you'll sometimes see limited benefit over CPUs with half the cores and threads. Windows also apparently has the odd issue, and AMD has stated it's working with Microsoft to improve things. Of course, the overriding question here is just who if anyone should be buying the 2990WX and where its strengths are - is this a CPU that can be considered a monstrously powerful general purpose CPU - a Threadripper 1950X on steroids and something that will wipe the floor with the Core i9-7980XE? Or are we looking at something that's actually very niche in its appeal and limited to workstation tasks? Lets find out. 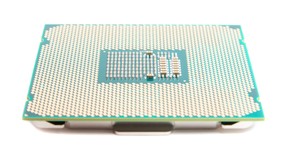