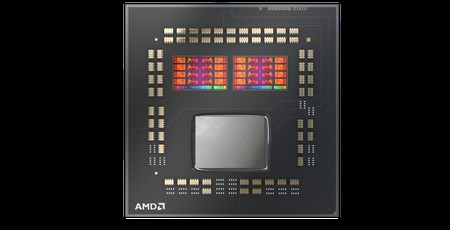 AMD is today ushering in a new family of desktop Ryzen processors that promise best-in-class gaming alongside impressive single- and multi-thread performance in a wide range of applications. Known as Ryzen 5000 Series and built on the all-new Zen 3 architecture, AMD is pitching them as the no-compromise solution for premium PC builds this winter.

The 7nm chips carry between six and 16 processors, fitting neatly into AMD's 2020 stack. Compared to previous models known as Ryzen 3000 Series and based on Zen 2, AMD adds a touch more boost frequency on each count. From all other specification viewpoints, however, the new series is eerily similar, so what's all the fuss about?

AMD's main weapons for the latest desktop Ryzen chips are that Zen 3 architecture and reimagining of how the core engines interface with L3 memory. Taking Zen 3 first, AMD says it has improved IPC by an average of 19 percent compared to Zen 2. A healthy boost that pays performance dividends everywhere, this IPC uplift, which is how much work the processor can do in one clock cycle, is realised by smartening up each facet of the design. 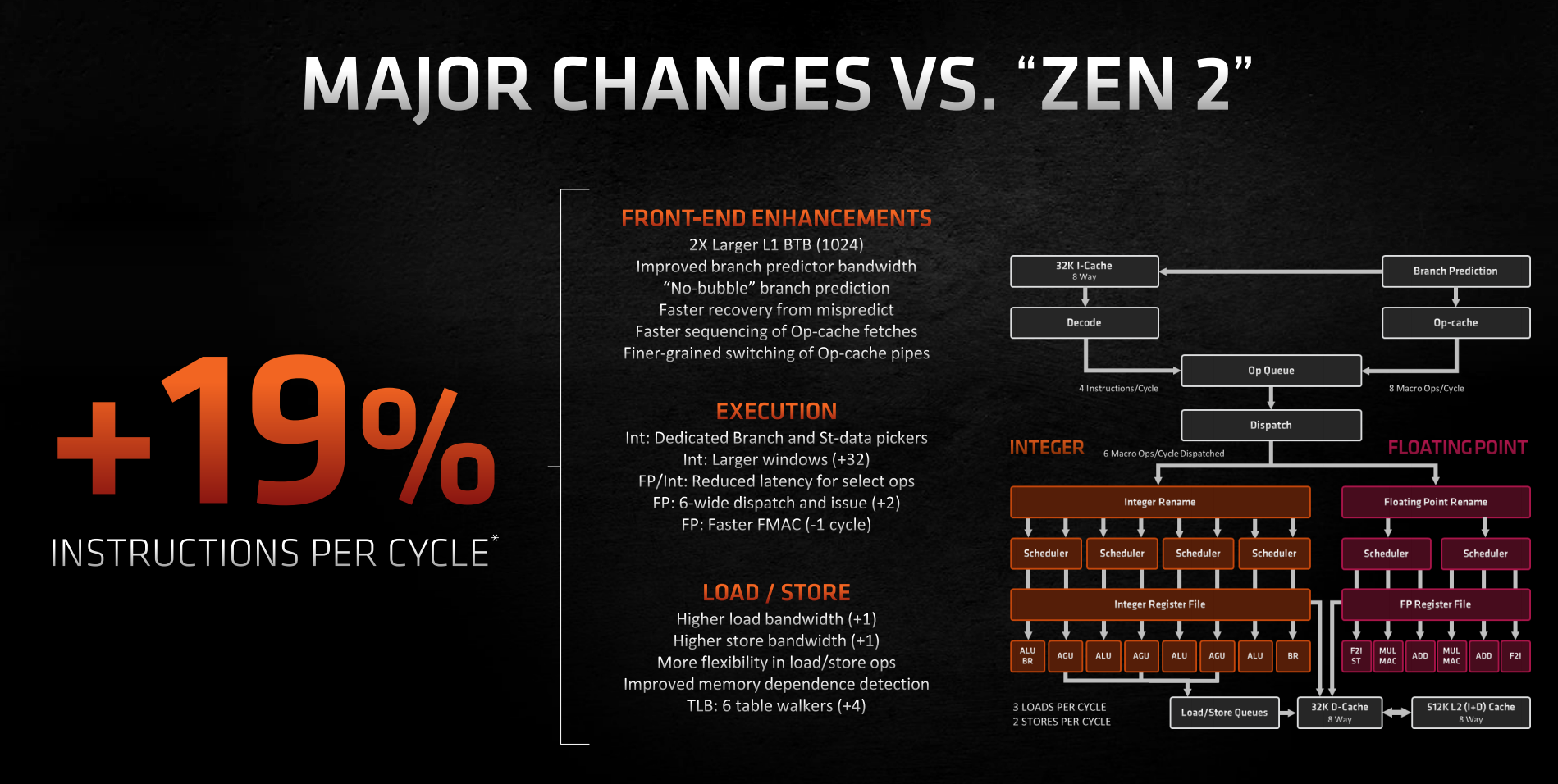 The front-end Zen 3 is more efficient at feeding the execution units, while having more load-store bandwidth keeps the ALU and AGU - the base blocks of CPU efficiency - ticking along better than before. Zen 3 isn't wider in the thread-dispatching sense, but it is smarter at getting those threads through the entire pipeline.

Helping performance further, AMD changes the way the way in which the cores connect with the large pool of memory known as L3. In Zen 2, each four-core complex connects to its own 16MB of L3 cache. Two of these complexes combine to form an 8-core processing cluster. Zen 3 still maintains this 8-core cluster per die but enables each core to access the full 32MB of L3 cache. Improvements are two-fold: the increase in usable cache reduces the need for any application to spool out to main memory as much, and having a direct connection to a single cache reduces latency. Both are big wins for Zen 3 and are most ably demonstrated in higher gaming numbers.

Architecture and layout optimisations pave the way for the best-ever Ryzens. AMD is so bullish, in fact, that it claims the Ryzen 9 chips are not only brilliant for rendering workloads, they are also able to beat the best from rival Intel at gaming, too. This is why they arrive at retail with higher prices than the last generation. 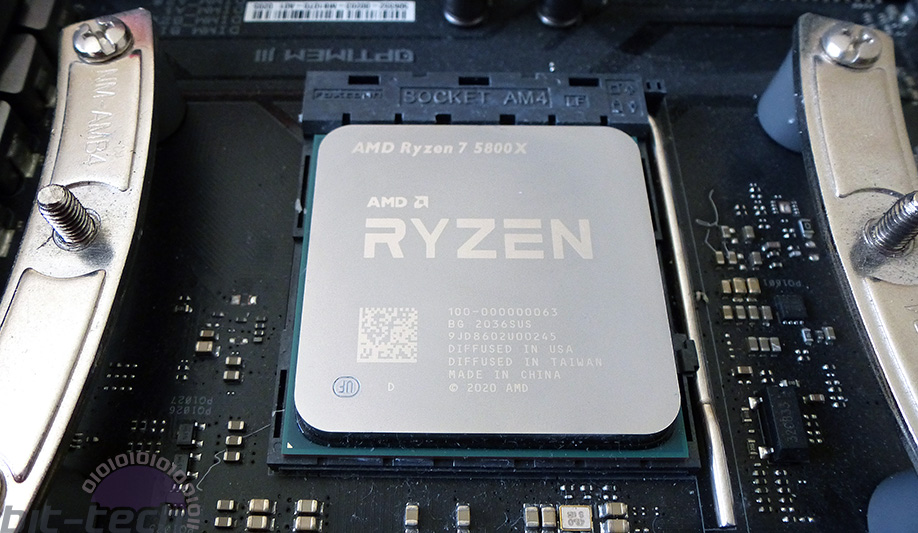 It's worth knowing only the Ryzen 5 5600X ships with a cooler; others require your own solution. Even then, the Wraith Stealth bundled in is not as good as the Spire on previous generations. AMD is unnecessarily cheapening the overall solution here.

Using the same AM4 socket as other previous Ryzens, motherboard support for Ryzen 5000 Series is limited initially to PCIe 4.0 500 Series known as X570 and B550. Support for the 400 Series will arrive in the new year.

We have the Ryzen 9 5950X and Ryzen 7 5800X in for the first round of reviews. AMD expects class-leading multithread and general application performance and superb gaming. Let's find out if both ring true in the benchmarks.