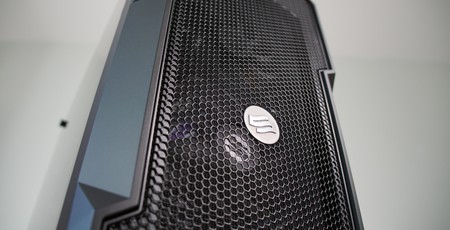 For cases capable of housing ATX or larger motherboards, we use our standard ATX case test kit, which includes:

We disable all CPU power management features, ensuring a fixed frequency and voltage throughout testing. Fixing GPU frequency these days is extremely difficult, but we run the power management and texture filtering to maximum performance in Nvidia Control Panel, which reduces boosting-induced clock speed variation. The CPU fan is fixed at 70% using a Corsair Commander Pro, which is also used to control the case fans individually, while the graphics card fan is locked at 70 percent speed using MSI Afterburner. The system is loaded using CinebenchR20 run on just 8 threads and Furmark v1.27 run at 1280x720 with 8x MSAA. This gives us a nice consistent 375W load measured at the wall and gives us meaningful results with measurable changes to temperatures, without thrashing the hardware to within an inch of its life. HWINFO is used to record core temperatures and fan speeds, with ambient temperature recorded on an external calibrated thermometer. We take our load results from the average delta core temp for the final 5 mins of a 20-minute bench run, with idle taken before the stress test after allowing the core temperatures to level out.

To help account for inconsistencies in the ambient temperature at the time of testing, we calculate the delta T values for both components i.e. the reported peak temperature minus the recorded room temperature. This is not perfect, as the relationship between ambient and component temperature is not strictly linear (i.e. an increase in ambient of 2°C might lead to a greater increase in component temperature, particularly in poor-airflow scenarios) but it is certainly far better than comparing the reported temperatures only, as these do not account for variation in ambient whatsoever. We also ensure we do at least three runs for every case and configuration to avoid anomalous data, and the final delta T values represent the average of all non-anomalous runs.

It's important to realise that, despite our best efforts in minimising variables, our test area is not considered a controlled environment in terms of ambient airflow or ambient temperature, both of which can and do impact the results. As such, although we might comment on them to differentiate between cases, differences of +/-1°C are generally not worth worrying about. Our goal is to find out which cases are excellent, good, okay, bad, or terrible when it comes to CPU/GPU airflow and not to identify minute differences, and our testing is sufficient for delineating along these lines. We take our testing very seriously here, hence why we feel it's important to be as transparent as possible about our methodology and our limitations. We advise you to treat results from sources that do not do this with caution.

As well as the stock configuration, we also test the case with the fans in different places and without the front panel, to see how well optimised the airflow is and whether it could have been set up better. For the Regnum RG6V TG, this meant also testing with the three intake fans mounted behind the front fan rails and with just two front intake, with another fan moved to exhaust out the roof behind the CPU cooler, dubbed the "211" setup. For GPU temperatures, the stock fan configuration rules the roost, with removing the front panel again having little impact. 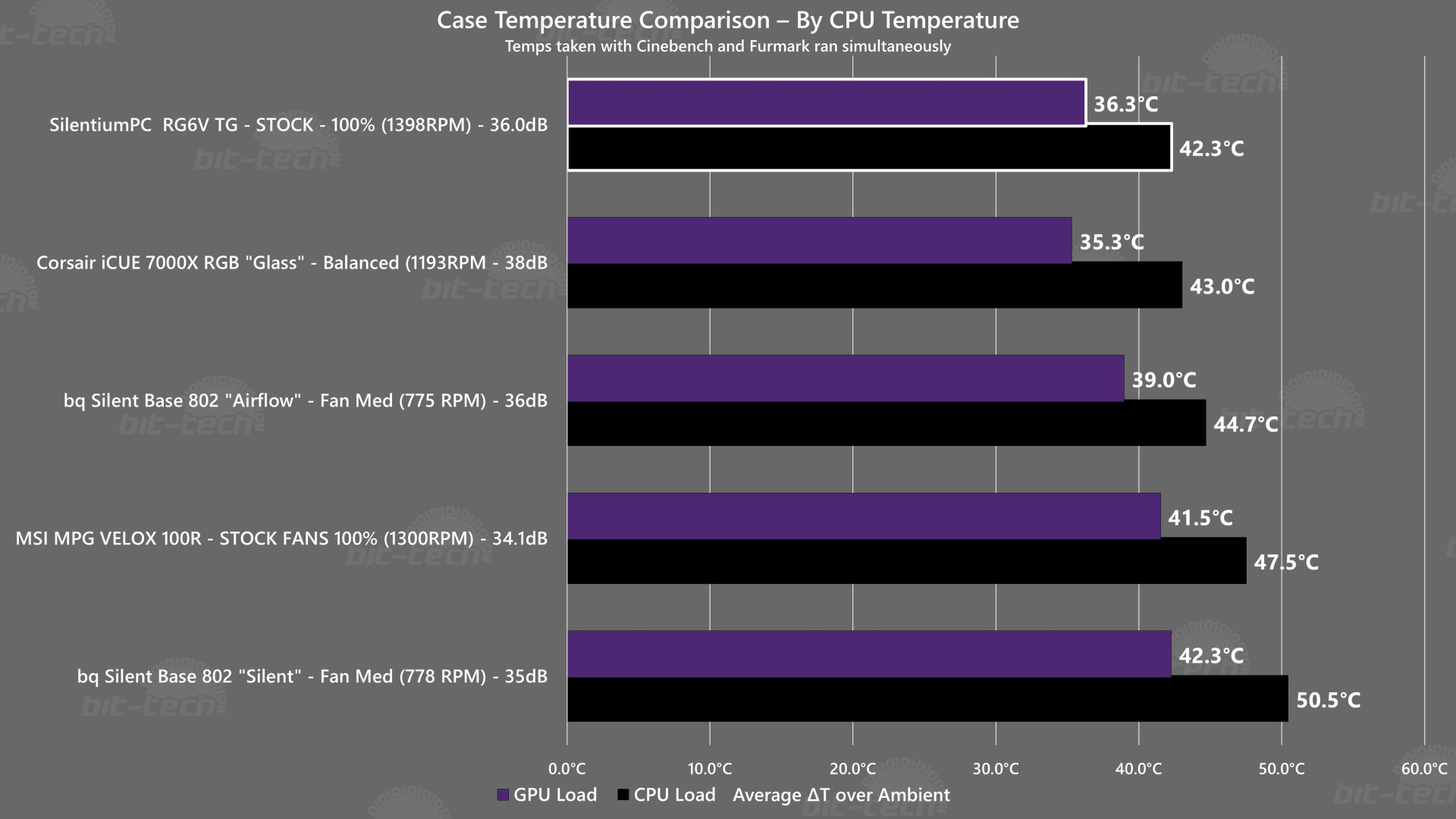 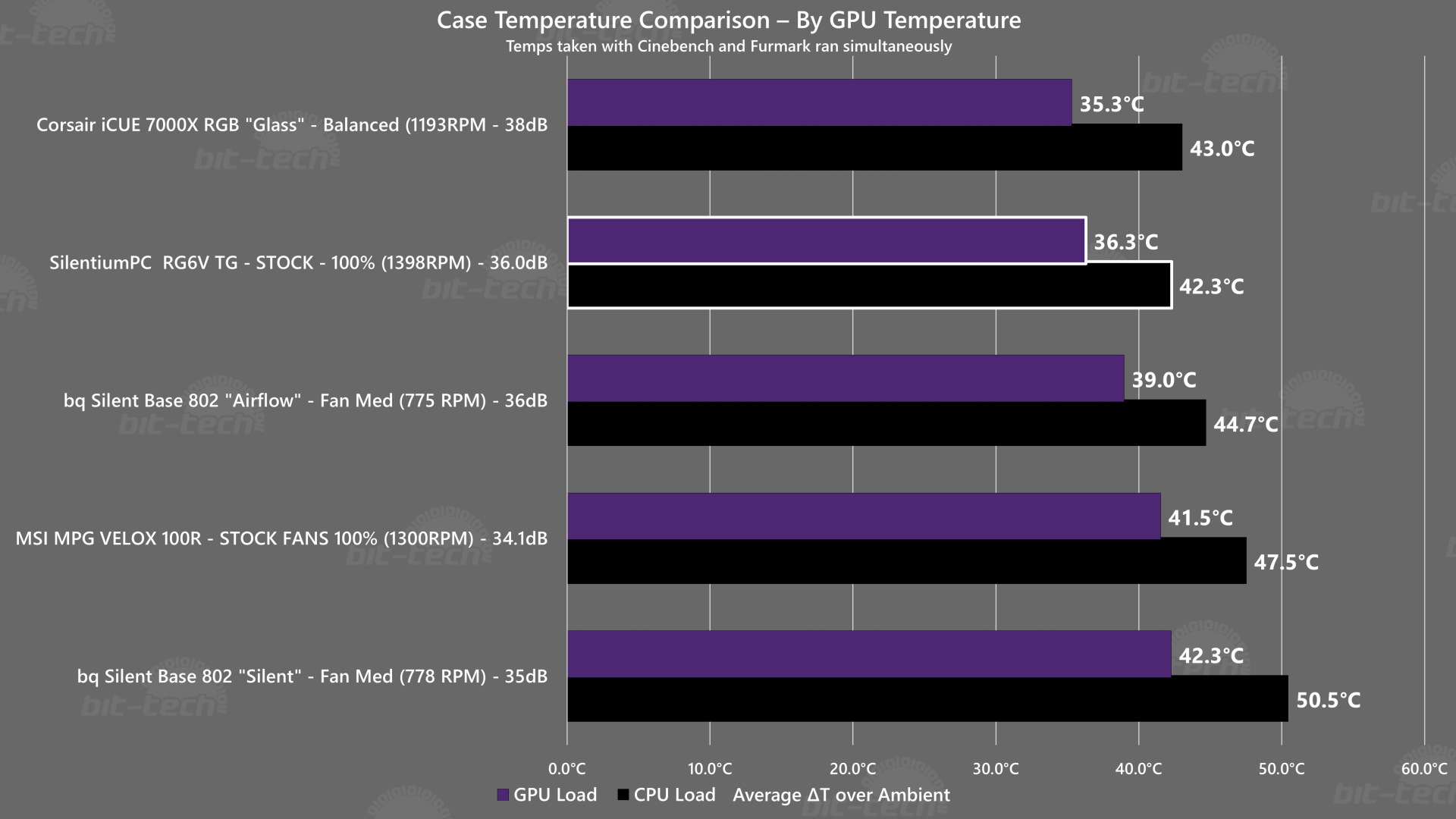 In their default/stock configurations, the Regnum does really well against the rest of the cases tested so far in our new benchmarking suite, all of which cost as least twice as much. 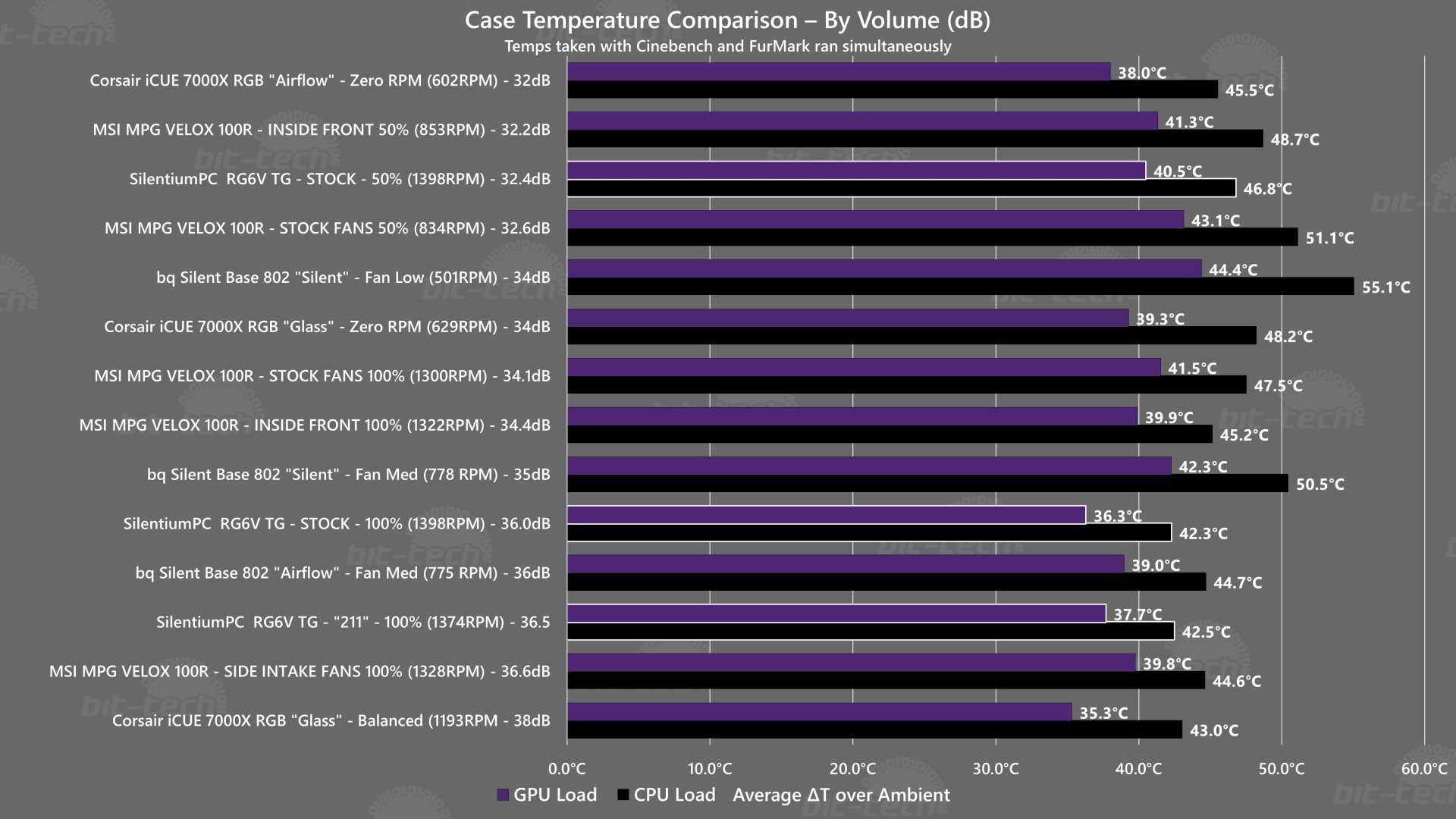 If we have a more detailed look at what the cases are capable of in various setups and taking into account the noise level, the SilentiumPC case is still punching above its weight.