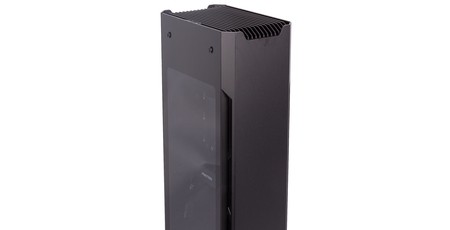 In the default configurations, the components here do get rather hot. In fact, our CPU reached its maximum temperature. This is perhaps not surprising, as the exhaust fan is pulling air away from our downdraft cooler; these cooler’s typically work best when having access to a supply of cool air. Meanwhile, the GPU is also mostly left to fend for itself, and even with its fan spinning at 70 percent the delta T reaches a toasty 57°C. As such, with a similar setup, you might expect your fan noise to increase and boost speed to decrease a little as the GPU heats up in a gaming session. Even with the fan reversed, temperatures barely changed. We suspect that the solid front panel limits the amount of cool air the fan can introduce as an intake, and any that does come in is likely too high up to be of much benefit to our GPU’s fan. However, Phanteks is quite explicit that the case is designed for all-in-one liquid-cooling, most notably on the CPU. With one of these installed and the fan mounted as an intake in the lower area, CPU temperatures would of course drop substantially, and cool air would be being introduced from the bottom (admittedly warmed up by the radiator), and this should help out the GPU as well.

Ultimately, this isn’t a case designed with thermals as a priority; you’ll be relying on the CPU and GPU coolers themselves to do a good job, and if you’re installing a high-end CPU we highly recommend using an all-in-one liquid-cooler.

We were quite taken by the Evolv Shift and the larger Shift X when we first laid eyes on them at Computex, and we still are. The build quality is excellent thanks to the winning combination of aluminium and tempered glass, and we think it looks great both horizontally and vertically. Phanteks gives you a lot of hardware support for a case with so small a footprint (SFX-L PSUs, dual all-in-one coolers, three drives, full-size graphics cards), although the more and bigger hardware you use, the harder it’ll become to work with. After all, a case like this does come with some sacrifices to usability, cable routing, and cooling, so it’s certainly not for everyone. Still, with the fully removable panels and movable/rotatable GPU bracket, nifty routing areas, and dual all-in-one liquid-cooler support, Phanteks is able to help mitigate these.

It’s always pleasant to see something different, especially when it’s done well. This isn’t a perfect case, but it is rather unique and on the whole a success. If you’re willing to work with it, you could definitely build a great looking, high-performance custom system inside the Evolv Shift, and that’s something worthy of recognition. 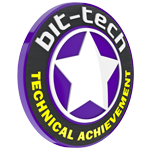 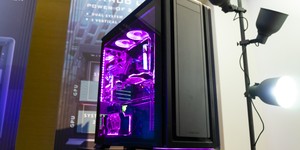 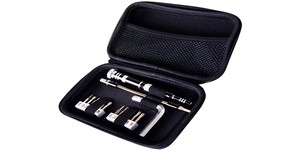 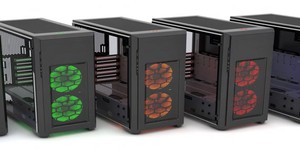