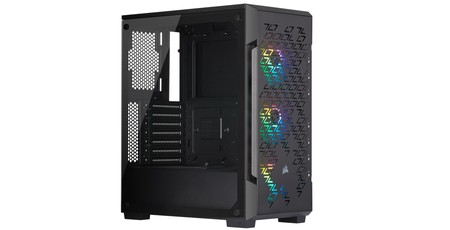 The side panel attachment mechanisms are uninspired, but they are functional. We much prefer hinged designs, but the thumbscrews on the steel side are at least captive, and the case is in no way difficult to access. 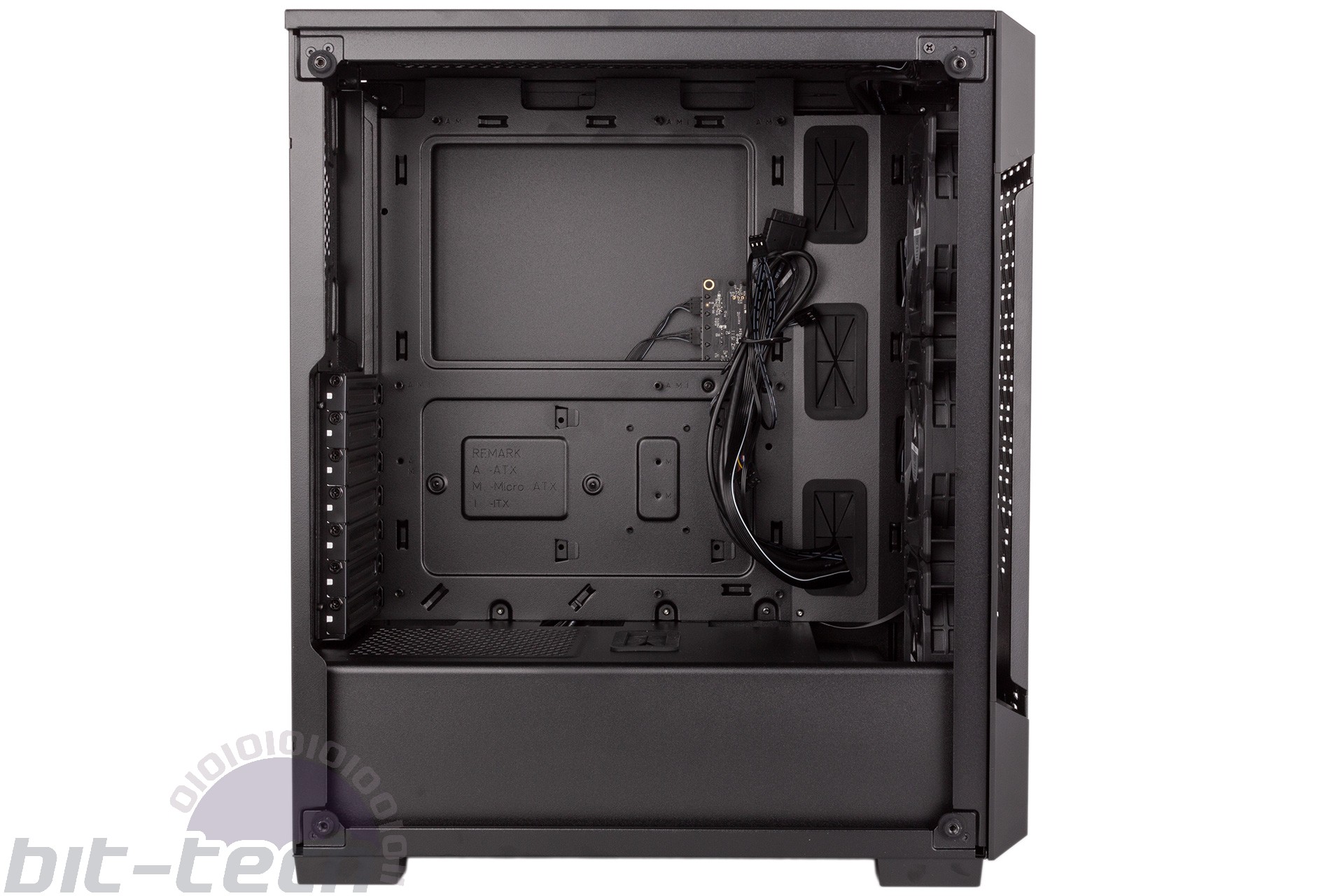 Inside is a standard tower layout by today’s standards. Corsair has kept the steel shroud riveted in place, and it’s part-perforated and also has a front cutaway to make room for radiators. The 220T RGB is a stubby case, but you still have room for 300mm-long graphics cards and 160mm-tall CPU coolers. That’s enough for most bits of kit but by no means all. Motherboard standoffs come pre-installed, but PCI bracket screws are not thumb-accessible.

For radiator placement you’re primarily looking at the front, where 360mm and 280mm units are supported, and the roof, where offset mounts allow 240mm radiators too. You’re primarily going to be looking at slimline AIO radiators in a case like this, so this level of support is fine. Full DIY setups are of course possible too, but there’s no built-in support for pump or radiator placement. 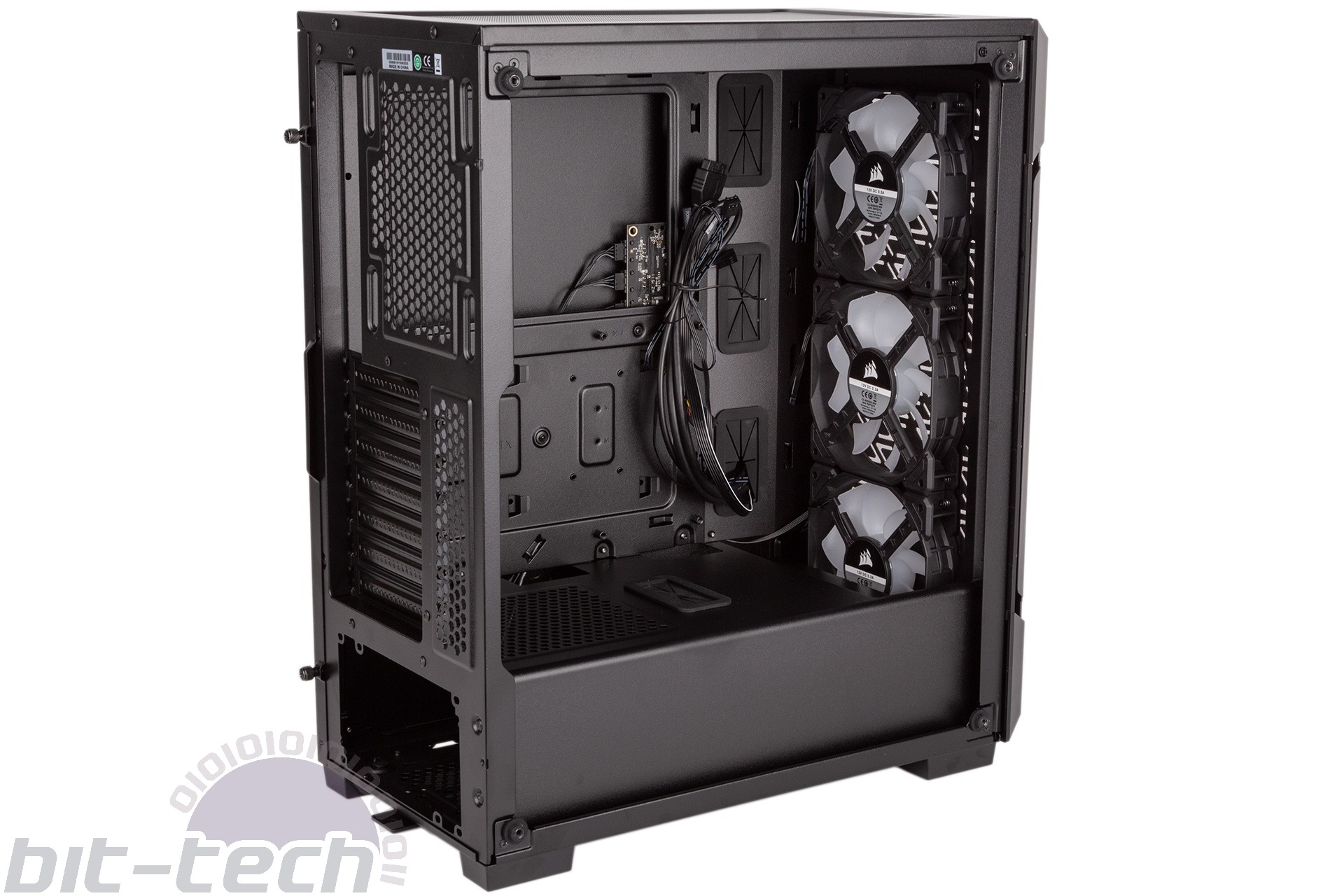 If your radiator extends down far enough, you’ll have to remove the front-mounted HDD cage from the lower section, which involves flipping the case to remove those underside screws. It’s a two-bay unit, and even though the trays are plastic they are secure once a hard drive is installed; it’s a shame they don’t come with any anti-vibration material, however. As usual these trays also have mounts for 2.5” drives. 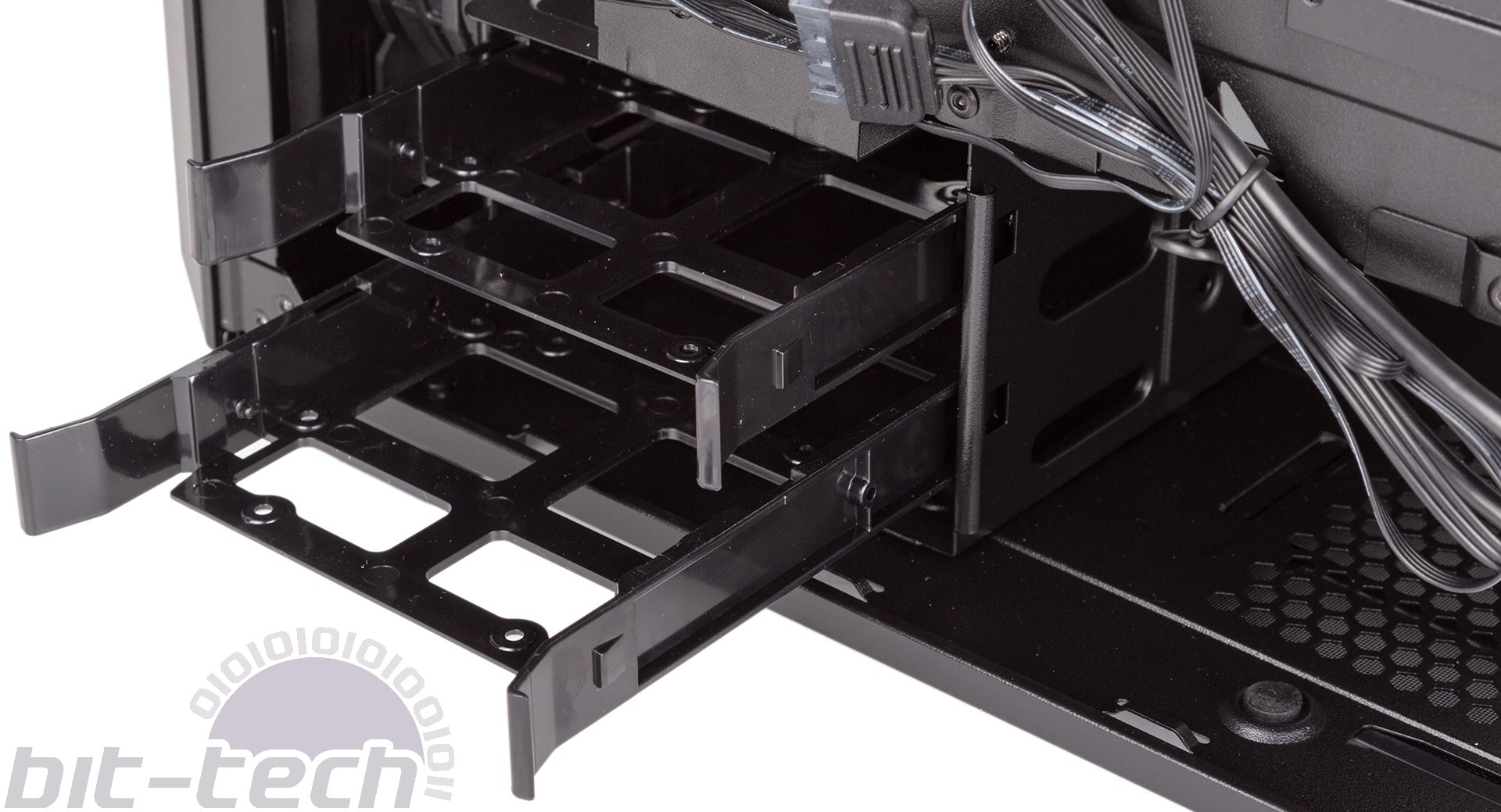 If you have a particularly long PSU, you can also move the HDD cage further forward to give it more space. This might be a good idea anyway for anyone that isn’t installing a long radiator up front, as the low depth of this case makes it a bit of a squeeze even with regular 140mm-long PSUs, especially when you also have modular plugs to deal with. The power supply sits atop some rubber washers that should help to prevent your unit’s fan causing rattle.

Affixed to the rear of the motherboard tray is a pair of metal SSD trays; each is independently removable via a captive thumbscrew. This brings the total off-motherboard maximum drive count to four, which is low by today’s case standards but not all that limiting given how high capacities now are and how commonplace M.2 slots are. We do wish that Corsair had given users the option to move these trays onto the PSU shroud, though, especially given the flashy nature of the case.

This area also hosts the Lighting Node Core, a SATA-powered, six-port RGB LED fan controller compatible with Corsair’s iCUE ecosystem via a standard USB 2.0 header. It comes half-occupied by the front fans (each of which has eight individual LEDs), leaving three ports spare - enough to cover all 120mm mounts. Unlike the Lighting Node Pro, there’s no connector for Corsair’s RGB LED strips, and as you can see it doesn’t have a plastic housing. Three screws hold it in place, so it can be moved around easily enough. 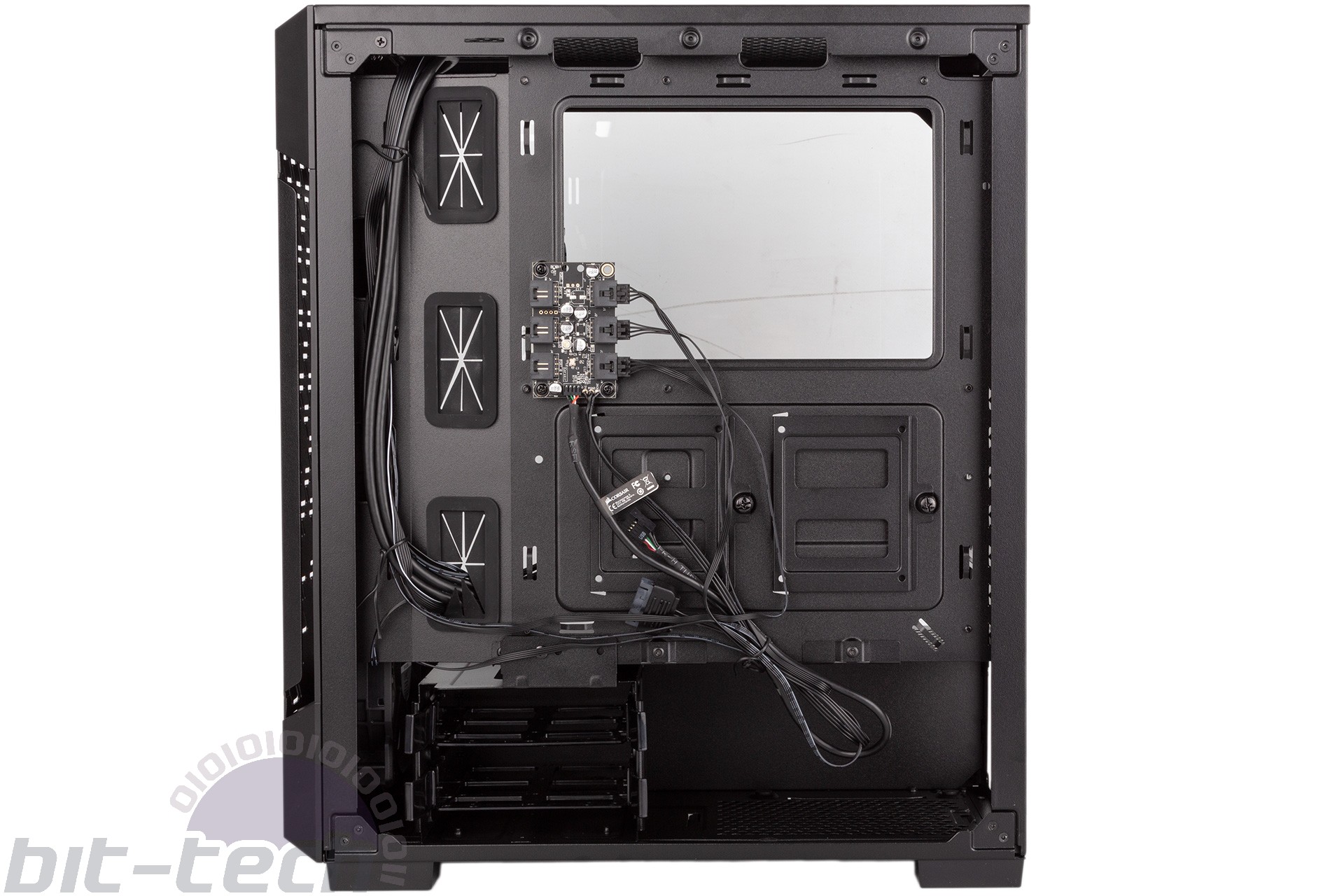 With each fan having both an RGB cable and a standard three-pin power cable, there’s quite a lot of tangle to deal with. The motherboard is flanked by routing holes on all three sides, though only the side ones have rubber grommets. These are at least well designed, allowing plenty of cabling through without dislodging. Space behind the motherboard tray does feel tight, however, and we were grateful for the lower chamber, even removing an empty HDD tray to make more room. With the system fully packed, things could get quite chaotic, but most users won’t struggle to tidy up, and the grommeted hole cut into the PSU shroud is a nice touch too. 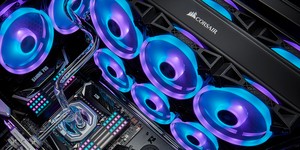 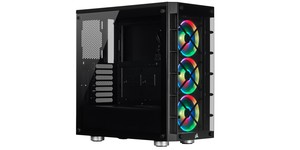 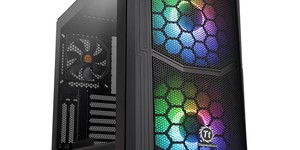