You might not realise it but there's a vast array of monitor stands out there available in a range of prices and configurations. Arctic is no stranger to them either and has released a new range of single, double, triple and quad monitor stands - the Z1 Pro, Z2 Pro, Z3 Pro and Z4 Pro. It was kind enough to send us its Z2 Pro and we suspect that double and triple stands are the most popular.

Monitor stands can help save desktop space by supporting several monitors on one stand and the Z2 Pro also provides height adjustment, which many cheaper monitors themselves lack. This is in addition to the stand arms being equipped with three rotating joints that allow you to adjust the monitor position horizontally to line things up. Click to enlarge
At just under £60, the Z2 Pro is actually in the upper price tier of monitor stands but it's clear why when you open the box. It's extremely well made, mostly comprising steel with just a few plastic sections. This is exactly what you want from a monitor stand, especially one that can deal with the weight of up to two 27in monitors (it also supports down to 13in monitors). Arctic does, however, specify a weight limit per monitor of 10kg but most are much less than this; Dell's U2711 for example weighs in at 8KG.

In addition to the top-notch build quality, the stand, which can cope with desks up to 90mm thick, offers a powered 4-port USB 3 hub, with the ports spread around the front protruding support so wherever you end up sitting, you should have easy access to a couple of them. An adaptor is included in the box but this is detachable if you don't end up needing it. Click to enlarge
There's a fair amount of building required to get the Z2 Pro ready but it's all straightforward and well-documented in the instructions. It can be a bit daunting at first due to the sheer number of screws but we found the majority of these are actually to cater for the various types of monitors and VESA mounts so you only need to use a handful. Click to enlarge
Height adjustment is the only feature that isn't independantly tweakable for each monitor but this is a pretty rare feature to have and one we've only seen on super-expensive stands such as XFX's Triple display Monitor Stand. Otherwise, each stand can be adjusted via the trio of rotating joints as well as large ball and socket joins on the end of each arm. These allow for +/- 15 degrees of tilt and the full 360 degrees of rotation, while the arms themselves can reach out to a length of 35cm from the support pole with the latter also beeing 35cm high. 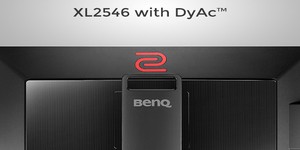 Ticks a feature missing from the XL2540.